We often don’t give animals enough credit for their intelligence. But sometimes they do things that remind us they’re really quite smart and capable of figuring things out. And one puppy proved that he was quite the little genius when he figured out a way to get home after getting lost.

The little puppy had accidentally gotten lost and wasn’t able to find his way back to his house. But, he was smart enough to figure out how to get to his local vet’s office. And he showed up there needing a bit of help.

In Bang Pu, Thailand, the staff of the Putahracsa Veterinary Clinic were surprised when the little guy walked up completely unsupervised on the clinic’s doorstep. He was waiting for someone to let him inside. 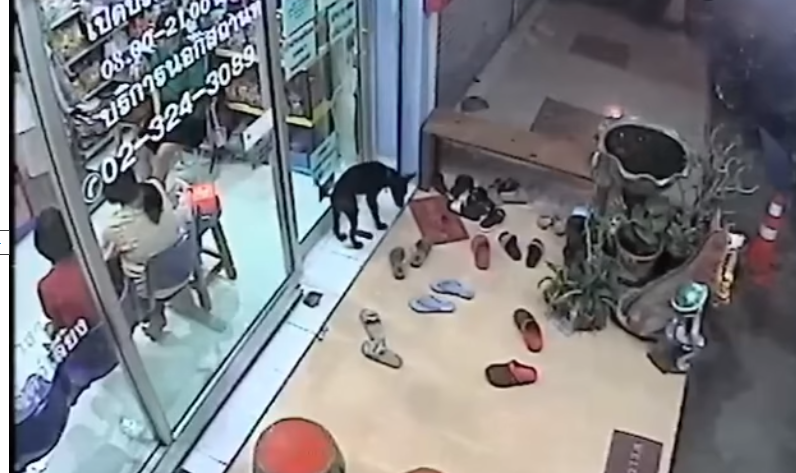 The little black pup began yapping at the office door until someone let him in. According to the vet’s post on Facebook, the little puppy had been a patient of the clinic ever since he was a month old. The office workers immediately recognized him when he walked into the clinic. They immediately called up the puppy’s worried family and let them know that their pooch was okay and had found his way to the clinic. The little pup had been missing for 15 hours, so the family was quite relieved to have him back, and according to the post, both owner and puppy were “very happy to see each other.”

While waiting for the family to come pick him up, the clinic gave him a quick check, and their official diagnosis was, “cute and very smart.”

Watch the incredible footage in the clip below: