A tiny stray kitten was trying to catch the attention of people passing by, but she was unable to meow. Luckily, one person spotted the tortoiseshell kitten in an alley in Los Angeles.

Jacqueline DeAmor, co-founder of Friends for Life RescueNetwork, was approached by a co-worker about the rescued kitten. She was asked to take the tiny feline into her rescue and she said “yes, of course.” 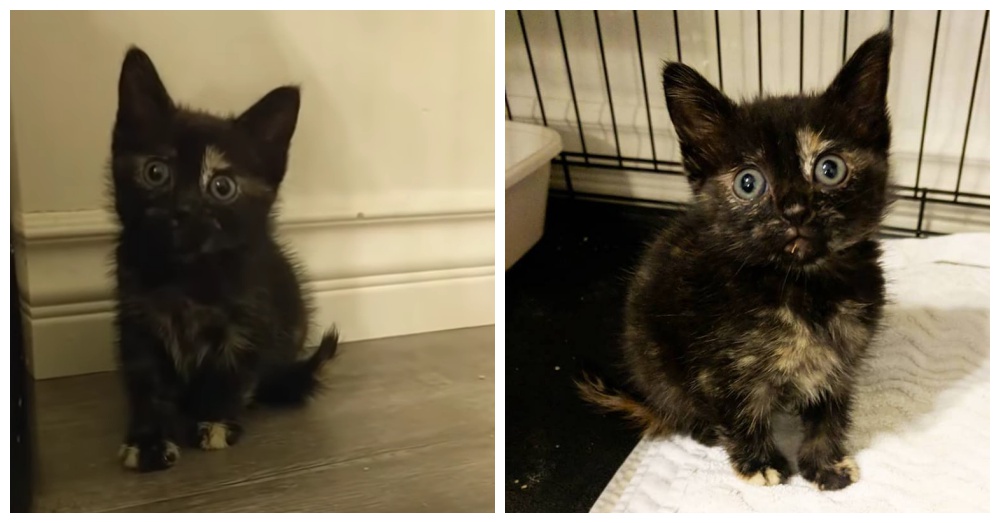 The six-week-old kitten was playful and curious. She immediately climbed on the shoulders of Jacqueline and wanted to cuddle. “She tried to meow, but it was totally silent,” Jacqueline told Love Meow.

The adorable kitten was named Lorelei. While Jacqueline searched for a foster home, she offered the kitten food and lots of attention. The kitten was adjusting well in the home, although she was still silent. She would open her mouth in an attempt to meow, but nothing came out. 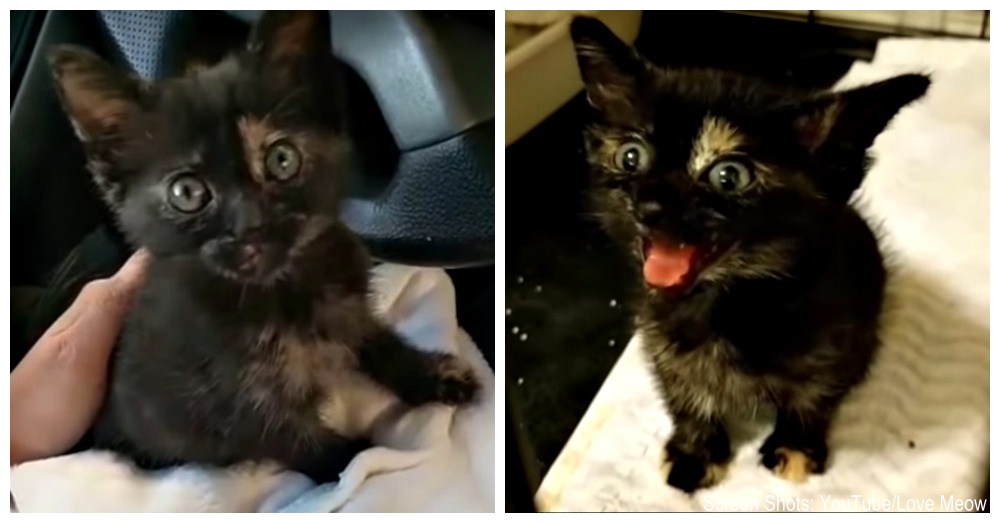 “The first two days, she had zero meow.” However, on day three while she was preparing the kitten’s food she heard this squeak come from Lorelei. She was delighted and so was the tiny kitten. “It was a full-on squeaky meow,” recalls Jacqueline. For the rest of the day, Lorelei was meowing and squeaking.

Once she was able to meow, she quickly learned that she could use that sound to get the attention of Jacqueline. The kitten now meows at every meal and when she wants attention, which is often. 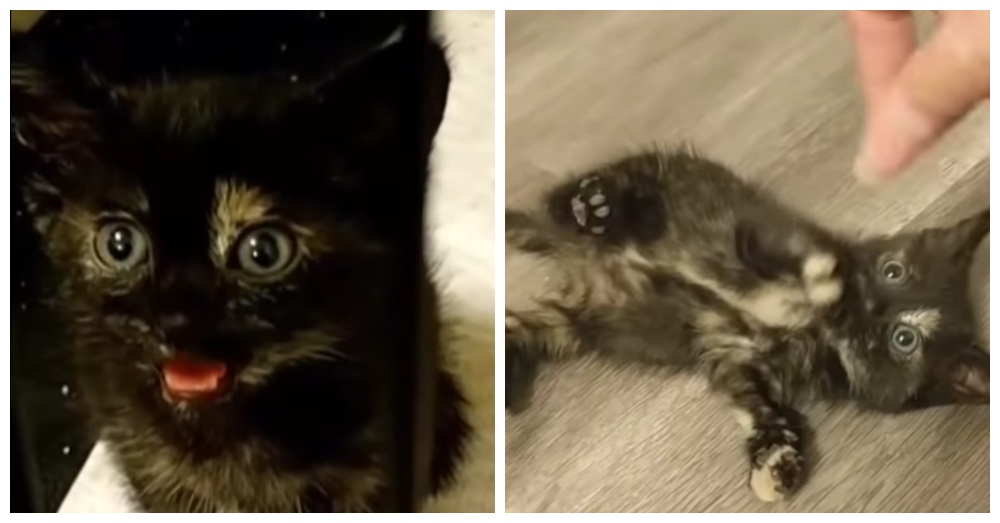 Lorelei is now in a foster home where she is continuing to thrive. All she needed was some nutritious food, space to run and a loving home. She found her voice after she felt safe.

Watch Lorelei get her meow back in the video below.