Residents of Molina de Segura, a Spanish town known for its theater, history, and (like most Spanish cities) its lively food scene, got the fright of their lives when locals noticed a lion strolling through town.

According to local police, a number of people called in to report the large four-legged intruder. “Several notices were received this morning alerting that they had seen a lion loose in the orchard area,” officers posted (in Spanish) on Twitter. 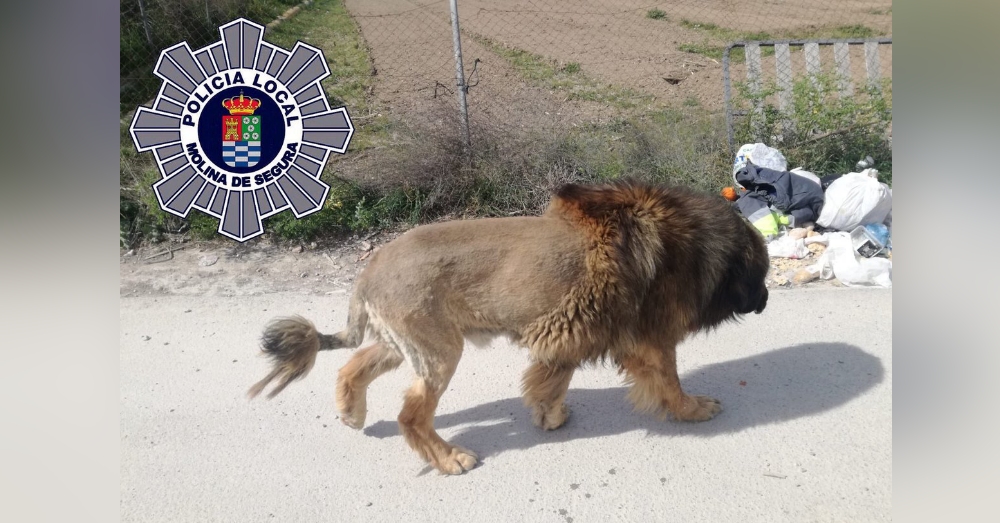 It was very unusual to find a lion in these parts, especially because lions – although they once lived in Greece and other parts of Europe — now only inhabit the African continent. Even so, officers quickly rushed to the scene.

Sure enough, there was a large, shaggy creature lounging near a city park. The animal did indeed look like a lion, with his shaggy mane and tufted tail, but he didn’t act like a wild animal. Even so, officers carefully approached the mysterious creature and brought him down to the station. 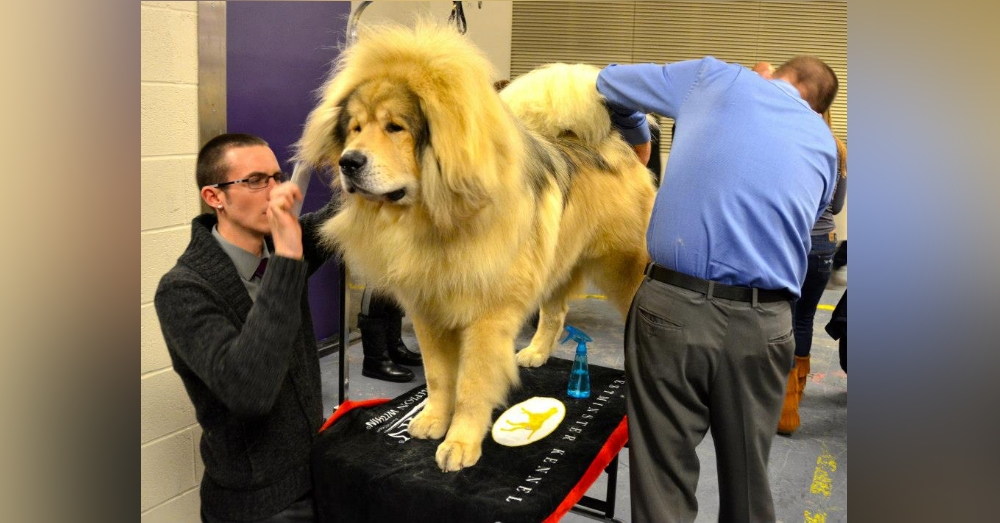 A Tibetan Mastiff being groomed for a dog show. Photo: Flickr/Andrea Arden

Down at the station, officers made another surprising discovery. “We have passed the microchip reader and it has turned out to be a … dog,” officers revealed. Officers didn’t reveal what type of dog they had caught, but we’re guessing that the pooch was probably a Tibetan Mastiff, which can resemble big cats depending on how they are groomed.

Much of the confusion in this case stemmed from the dog’s unusual haircut, which seemed purposefully cut to leave the pooch with a tufted tail and shaggy mane. This strange twist has left officers determined to find the dog’s owner.

“We’re investigating and waiting for some results,” a police department spokesperson explained (in Spanish) to the HuffPost. “We don’t know the motive for shaving it that way. For now, there’s no justifiable motive. We have to confirm the vaccines and documents are correct, but fortunately, the dog is fine.”

Regardless, locals are likely very relieved to learn this mysterious “lion” is actually a dog, although many questions remain! Regardless, we’re just glad that nobody (two or four-legged) was hurt while this strange development unfolded. Often stories of big cats wandering into cities involve a much different ending!