Every dog has his (or her) day, and for a dog named Holly it was last Saturday at a high school track meet in Utah.

Grizzly Invitational hosted at Logan High School was in full swing when an unexpected sprinter entered the track during the varsity girls 4x200m relay.

Just as the runners were rounding the corner for the last 100 yards, Holly broke free from her owners and joined the race. 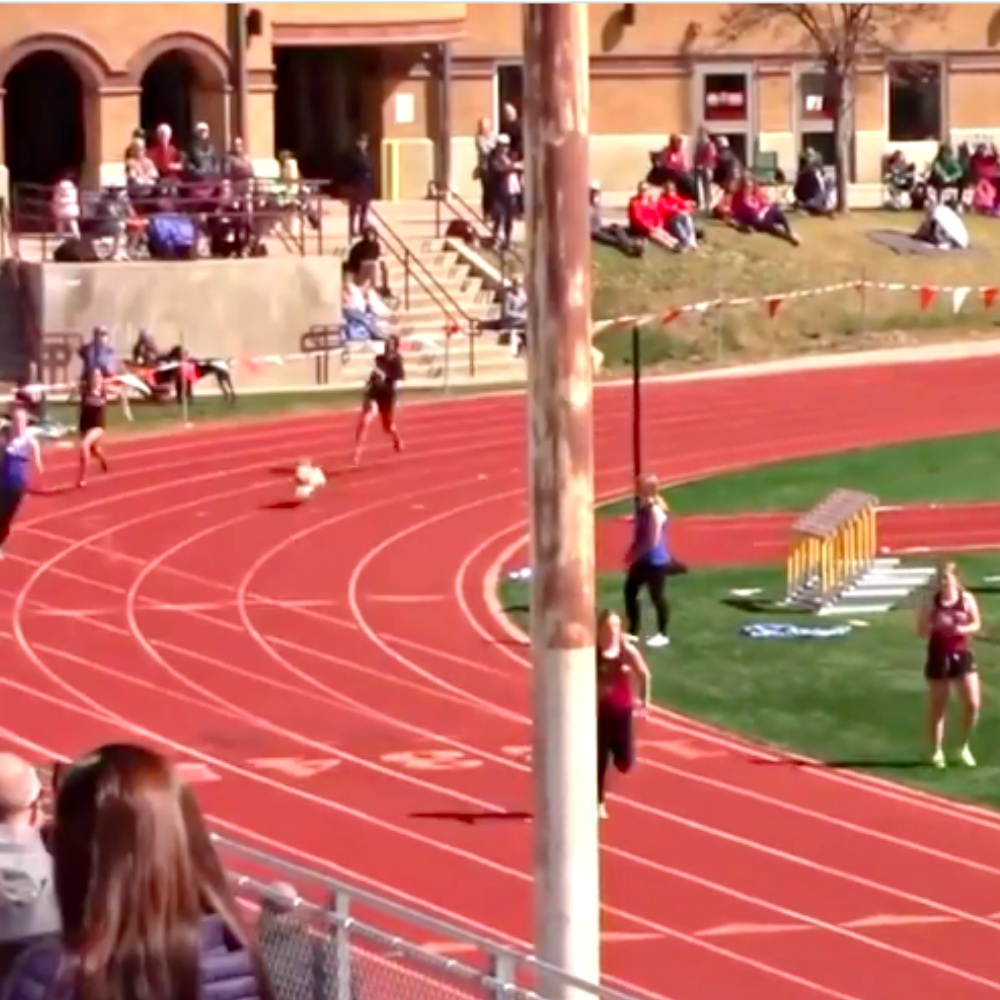 She sprinted past three runners, with her leash dragging behind her, as she inched closer to the leader. Family and friends erupted with cheers and laughter when the dog entered the race and watched with anticipation to see how it would play out.

Holly quickly caught up to Logan’s anchor runner, Gracie Laney, who was surprised to hear someone approaching.

“At first, I thought it was another runner and I was surprised because we had a pretty good lead,” Laney told KSL. “As it got closer, I thought, ‘That’s too small to be a person,’ and then I noticed it was a dog.’” 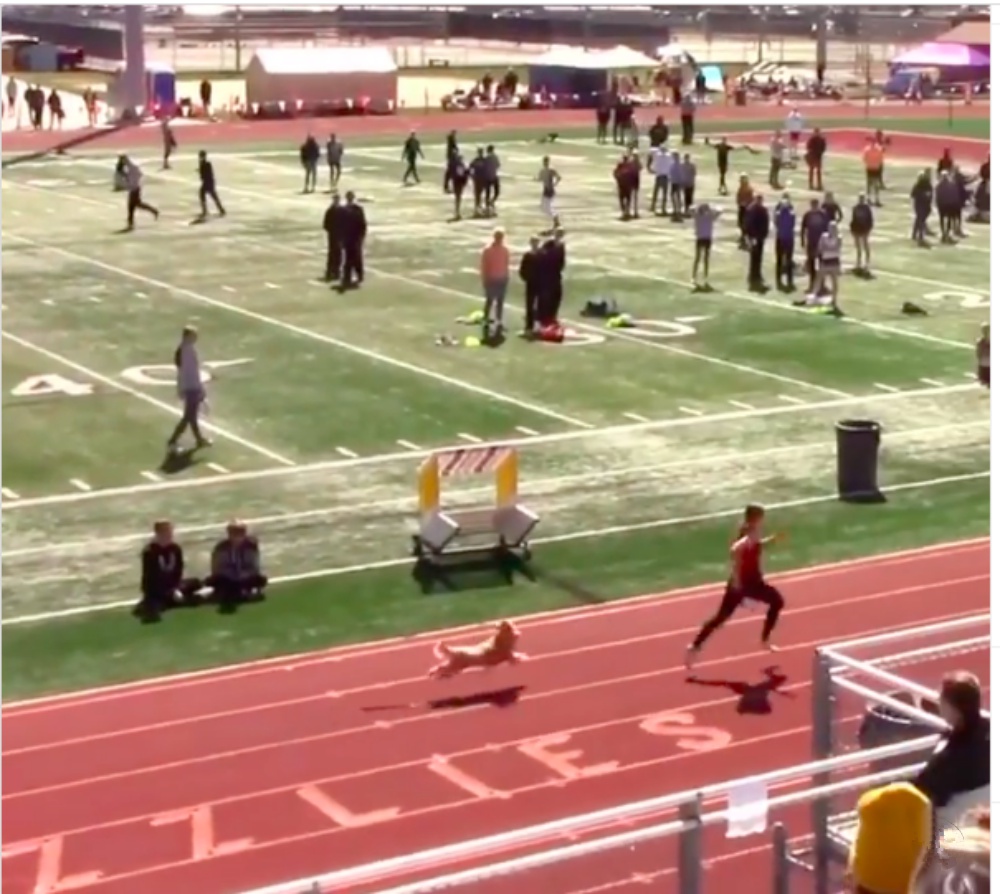 Holly passed Laney just before the finish line and then darted in front of her, nearly tripping her.

The viewers in the stands gasped, but all ended well. Laney was a good sport and wrote on Instagram, “Lol I can’t believe I got beat by a dog.”

MileSplit posted the video of the race on YouTube with the title “Dog Drops Best Anchor Leg Ever” and it has gone viral. 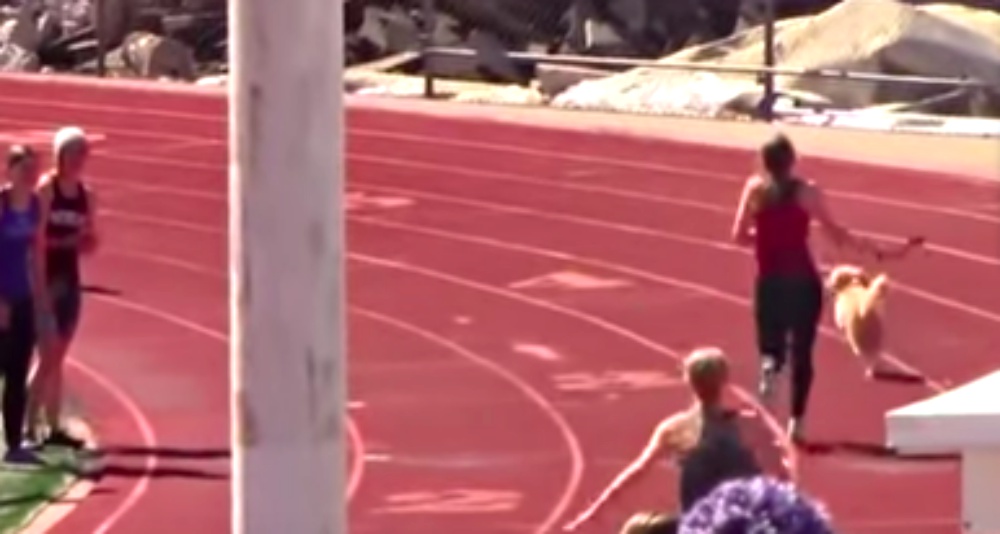 Viewers were impressed with the dog’s time, just short of a world record. The men’s 100m record is 9.58 seconds, set by Usain Bolt, and the woman’s record set by Florence Griffith-Joyner is 10.49 seconds.

“Sheesh that dog really ran an 11 second 100m 😳”. Another said they would like to see Holly and Usain Bolt, greatest sprinter of all time, face off in a 200-meter race.

Many more said the video made their day.

Watch Holly come from behind and win the race in the video below, and don’t forget to share.