When a woman pulled into a truck stop part way through her cross-country road trip, she had no idea she’d play a central role in reuniting a driver with his long-lost cat.

Even so, Kimberly T. was surprised to find a scruffy gray cat in need of some help. The underweight animal was clearly fighting to keep warm — and struggling to get anybody’s attention. “He was trying to not put his feet down on the ground, it was so cold,” Kimberly said. 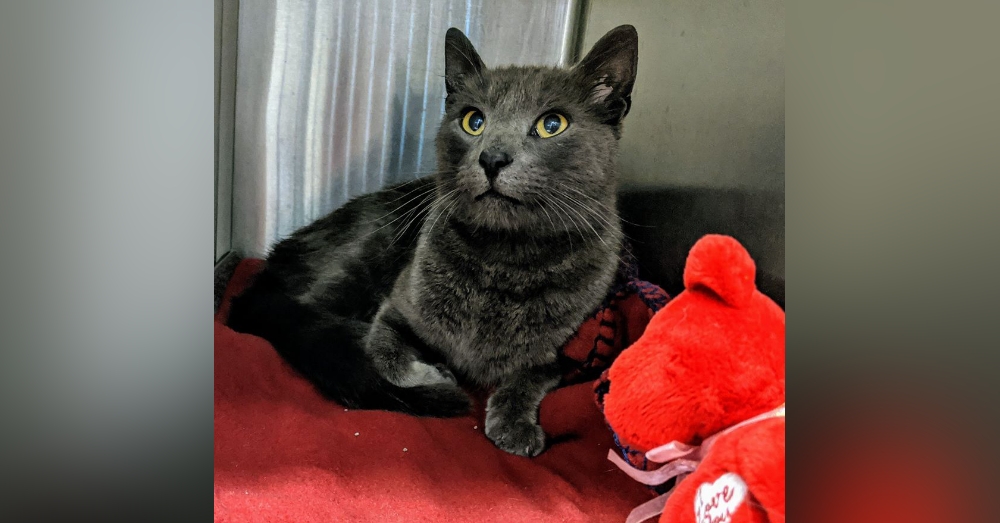 The worried driver searched the surrounding area for anybody who might be missing their pet and, upon failing to find any takers, bundled the shivering cat inside a blanket in her car. After all, it was only 13 degrees in Ohio, and this little lost orphan wouldn’t survive much longer on his own.

The grateful cat snuggled up to his rescuer all the way to Rochester, New York, in turn comforting his new friend on her own emotional journey. “It was a difficult move for me,” Kimberly said, “and Smokey (Ashes) was cuddled up in my lap the whole way home.” 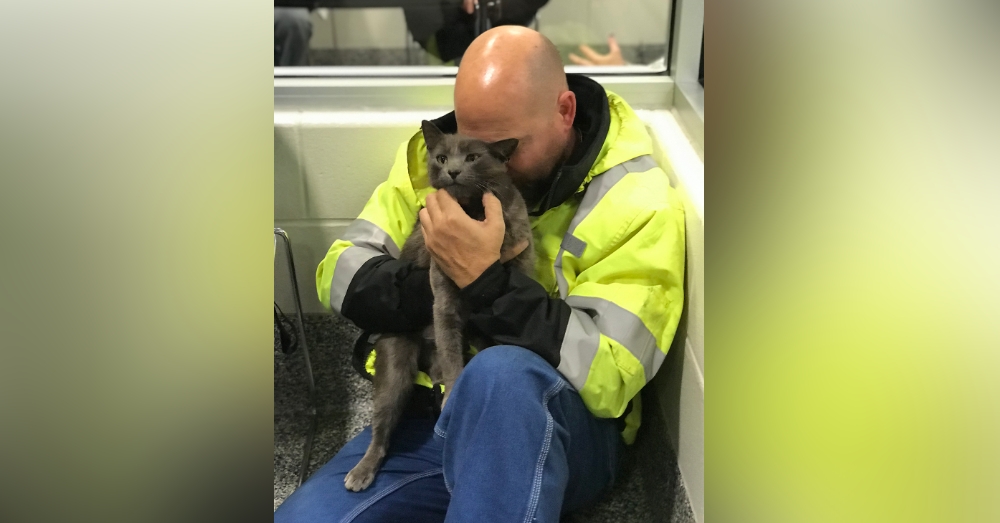 When Kimberly finally arrived at her final destination, she dropped the kitten – whom she’d started to call Smokey – at The Lollypop Farm, an animal sanctuary that promptly administered food and emergency veterinary care. When little Smokey was starting to feel better, rescuers also scanned for a microchip to see if this interstate stray had a family somewhere. He did!

As it turned out, Smokey was really a cat named Ashes who belonged to a Texas-based truck driver, Matthew. Though the pair spent much of their time hauling freight up and down the East Coast, the cat had slipped out of Matthew’s 18-wheeler at a truck stop in Ohio – the same one where Ashes/Smokey met Kim – and darted into the nearby brush. 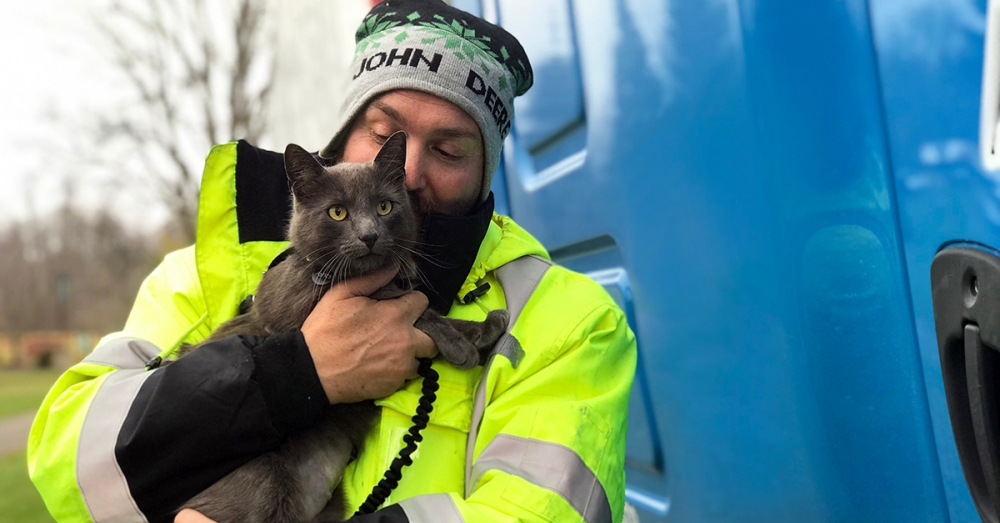 The distraught driver searched everywhere for Ashes, but was forced to leave without his longtime road trip companion when the cat never reappeared. It was a heart-wrenching decision, but Matthew rearranged his routes to pass through the exact same truck stop many times over the next few months, desperately hoping to be reunited with his cat.

So months later, when Matthew got a call from the Lollypop Farm confirming that ashes was safe and sound, the truck driver was overcome with emotion. “I had been thinking about Ashes every day,” he said. “It’s my Christmas miracle.” 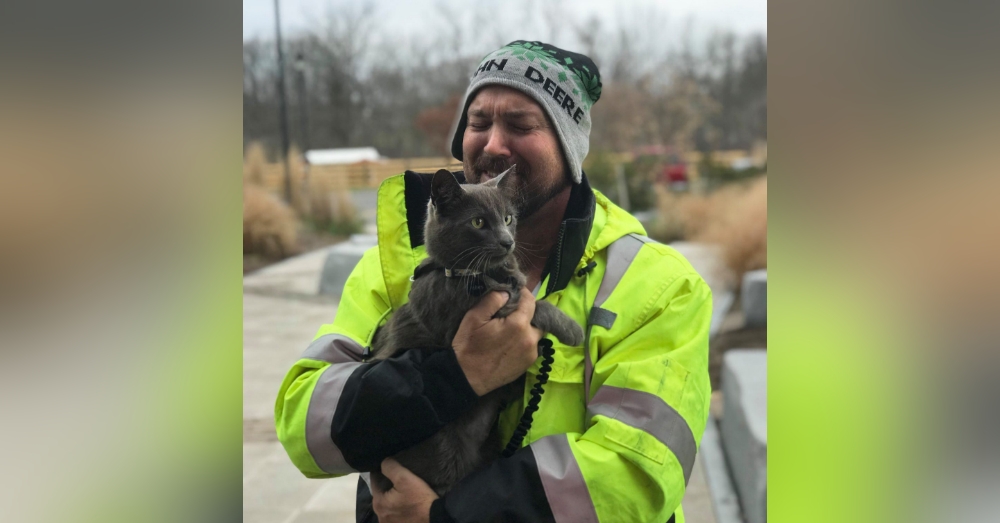 When Ashes and Matthew were finally reunited, the cat leaped into his long-lost human’s arms. “It’s that microchip – without it, I wouldn’t have ever gotten him back,” the trucker said. “If you love your pet, you just have to chip them. The women that found him saved his life, but the microchip brought him home.”