When a two-day old kitten was found by herself in a field, rescuers immediately called Jin’s Bottle Babies, a Phoenix-based non-profit that specializes in rehabilitating newborn kittens.

“She was found in a field alone and super dirty. She wasn’t very responsive or active so the people who found her, took her in,” the rescue’s founder, Shelbi Uyehara, told Love Meow, recalling how she decided to foster the kitten. “It was love at first sight. She was such a purr-body, even at two days old.” 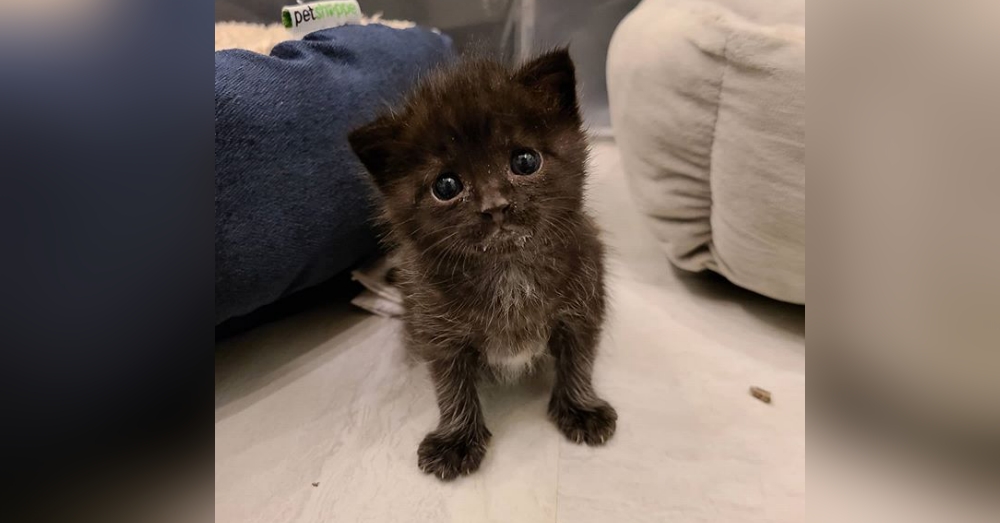 Shelbi and her husband gave the kitten, who was covered in dust and dry leaves, a bath, bottle, and placed their new addition an incubator to regulate her body temperature. Kittens of this size can usually rely on their mom for body heat, but this little orphan would need extra help to keep warm.

A couple days later, the kitten — now known as Ramona — finally opened her eyes and instantly sought out affection. Fortunately, Ramona wasn’t the only feline bunking with the couple, who also happened to be fostering a litter of three kittens found in a parking lot behind the local animal shelter. The kittens were slightly older than Ramona, but Shelbi thought they might be able to help keep the orphaned kitten company. 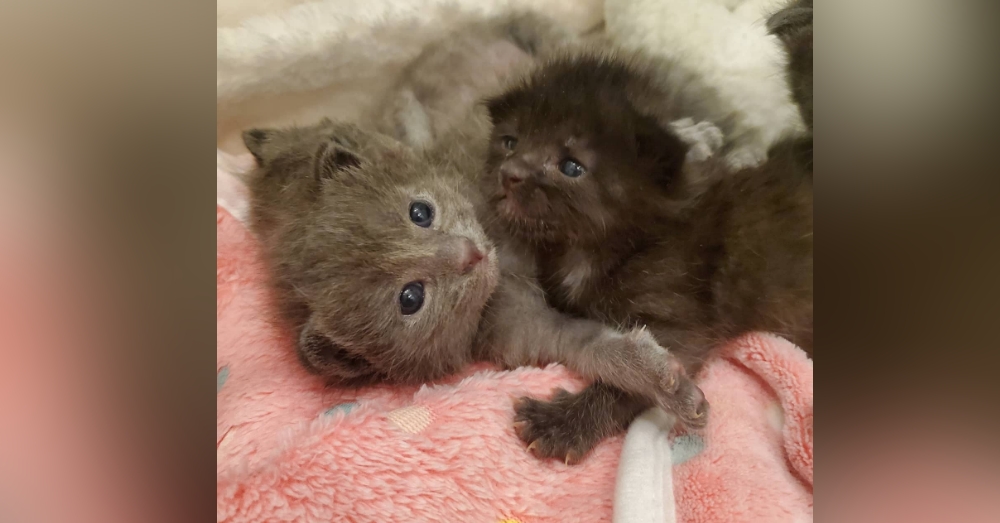 When Shelbi introduced Ramona to the second litter, it was instantly clear that age wouldn’t be an issue. The lonely kitten (and new walker) started wriggling towards her new foster siblings and began cuddling, then cried loudly whenever somebody tried separating her from the pack. “She screamed until we put her back with her foster siblings,” Shelbi remembered. “She crawled right into the middle of the pile, rolled on her back and started purring.”

Now Ramona is blossoming into a social, friendly, and confident young kitten, largely because of the love and support she’s received in foster care. The affectionate cat still loves cuddling everyone she meets — feline and human — and shows her affection by loudly purring and kneading (aka “making muffins”) on her new friends. 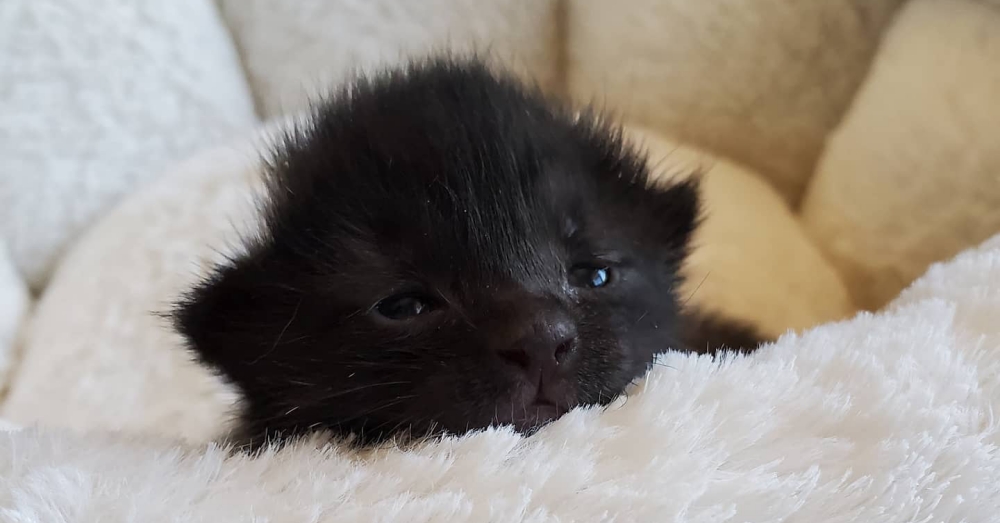 “Ramona has the best personality and is so sweet,” Shelbi said. “She kneads everything all of the time. She kneads when she eats and sleeps, and she kneads the air when you pick her up. She is probably kneading something and purring right now.”

The kitten’s transformation is extra special because she had such a rough start to life, which certainly wouldn’t have lasted long without any sort of caretaker figure. Fortunately, Shelbi swooped in an exactly the right time to give this sweet girl with the safe, loving home she deserved. Hooray for animal rescue!