Doorkins Magnificat may have been looking for food when she first wandered into London’s Southwark Cathedral, but the cat quickly became a regular churchgoer, albeit one with a tendency to nap through Sunday services.

Even so, the stray was eagerly welcomed by clergy, who were equally delighted to see how cute tabby’s presence bolstered human attendance. Doorkins Magnificat was “a godsend,” Dean Andrew Nunn told PEOPLE, recalling how the cat’s steady church attendance attracted a stream of new visitors and thousands more followers on Twitter. 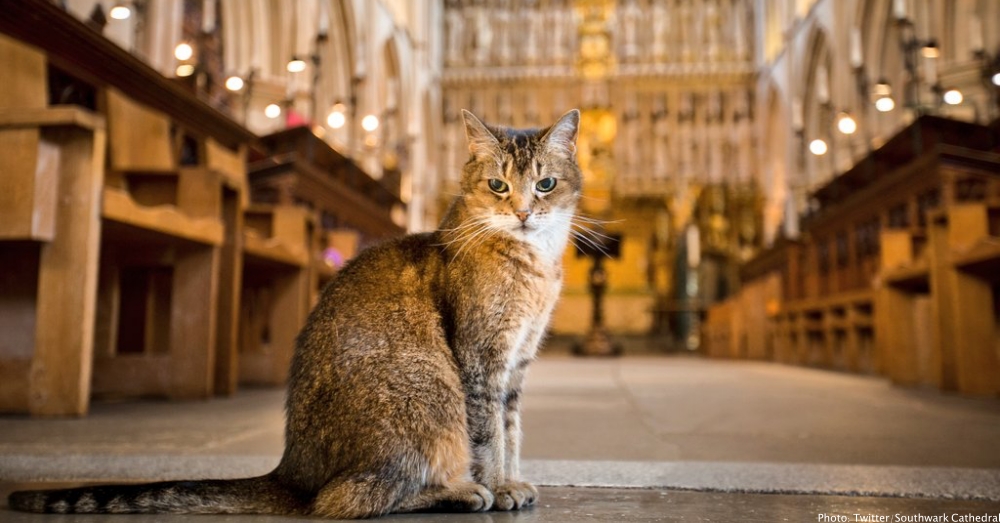 But after 12 years of regular attendance, the beloved cathedral cat’s health began to decline in 2017. When Doorkins Magnificat began to lose her hearing and go blind, the elderly cat moved in with the cathedral’s head verger, Paul Timms, who cared for the cat in her “retirement.” Timms was reportedly cradling Doorkins Magnificat in his arms when the cathedral cat finally passed away following a stroke. 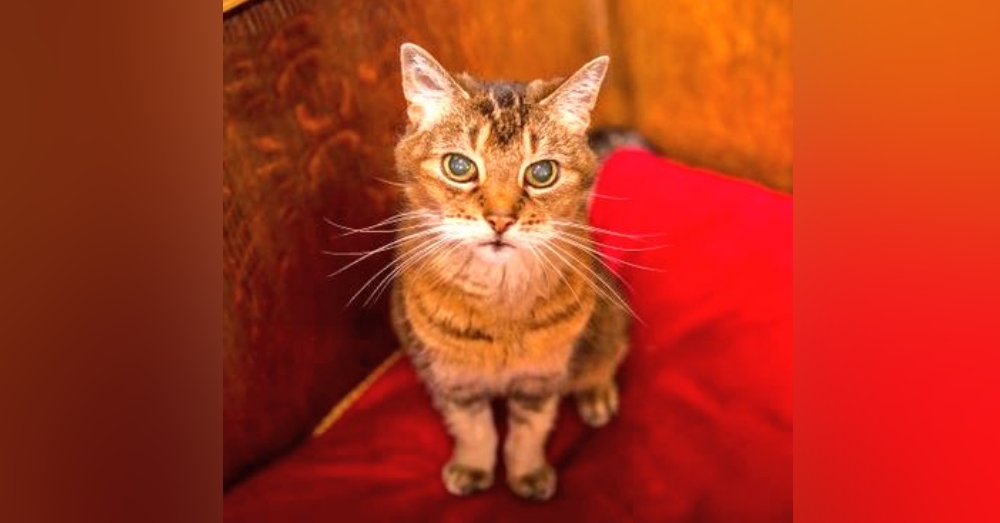 Doorkin’s loss was felt keenly among the congregation, so the clergy decided to hold a memorial service — which was unusual, to say the least. “In more normal times, we often host memorial services for the great and the good,” the dean said. But I don’t think there’s ever been a service for a cat.”

On Wednesday 28 October you can share in the thanksgiving service for @DoorkinsM It begins at 2pm and can be found on Facebook and YouTube and via https://t.co/WekubcsyJz pic.twitter.com/HuAbKszlpT

But the clergy had also never encountered an animal like Doorkins Magnificat, who’d become such an integral part of the congregation that the cathedral even sold mugs, cards, and fridge magnets bearing her likeness. According to PEOPLE, 7,000 people tuned in to celebrate Doorkins Magnificat’s life during her virtual memorial ceremony, which was broadcast on YouTube in compliance with covid-19 social distancing measures. RIP, Doorkins Magnificat!