Stories about pets and thin ice do not often make for happy endings. Thankfully, this one had help.

While out for a morning walk near the Sheyenne River in Horace, North Dakota, a woman saw a dog in danger. The chocolate Lab, later identified as Lola, was stranded on an ice float that had broken free.

The woman called 9-1-1 and explained the situation to first responders from the Cass County Sheriff’s Office and West Fargo Fire Department, who quickly went into action. 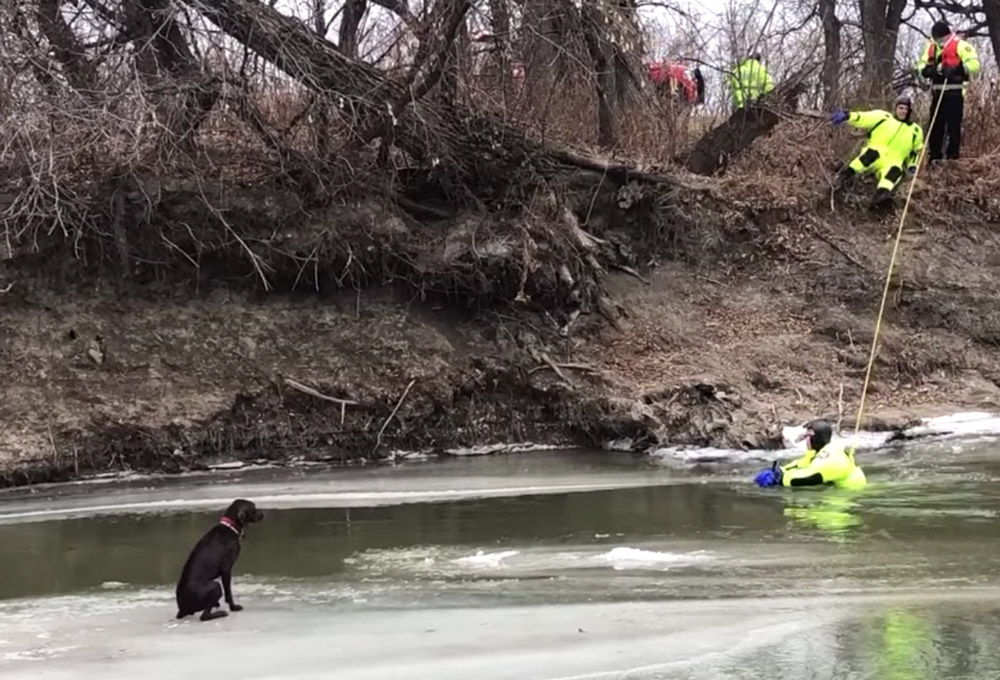 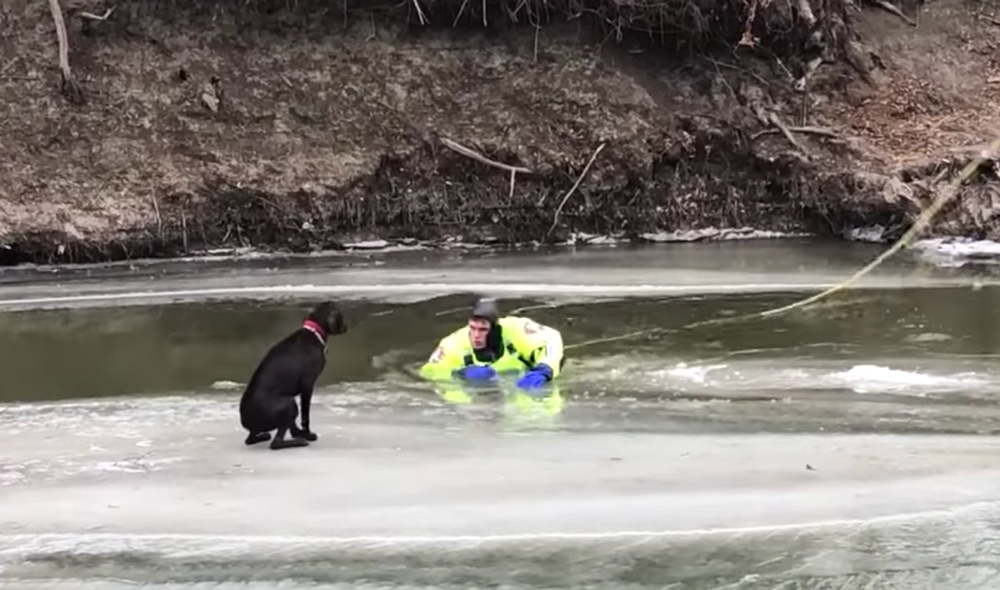 “The dog was pretty much in the dead middle of the river. I’d say it was approximately 30 feet from the shoreline. 20 to 30 feet,” Cass County Sheriff’s Office Deputy Craig Keller told KVRR. 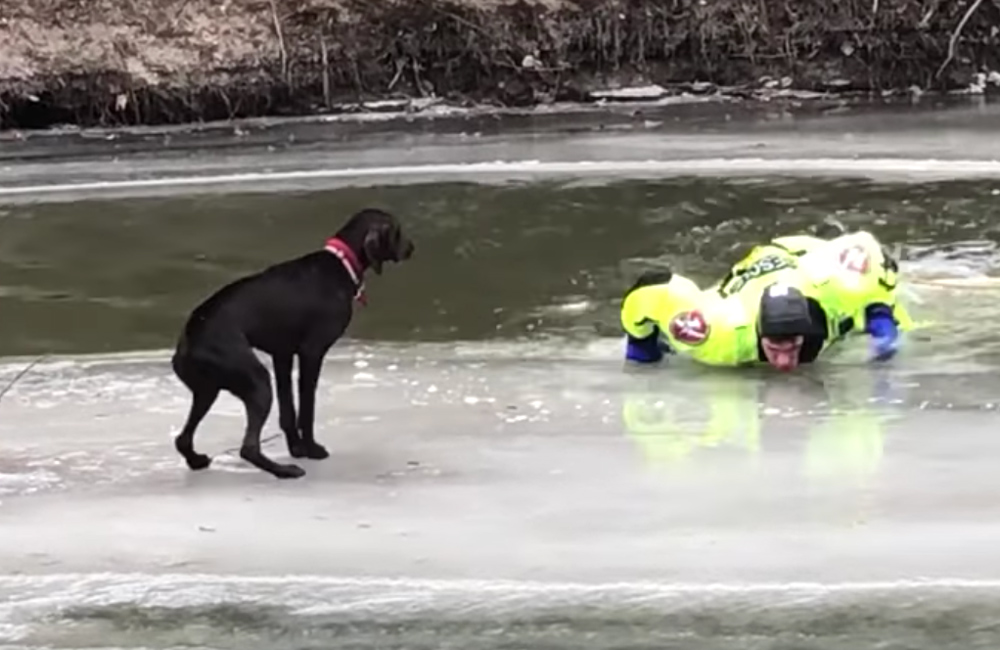 Source: Facebook/Cass County Sheriff’s Office – Fargo, ND
The firefighter lays on the ice to distribute his weight and avoid cracking it further.

One of the firefighters carefully made his way to the chunk of ice Lola was standing on. He secured her in his arms while the other firefighter helped pull them back to shore. 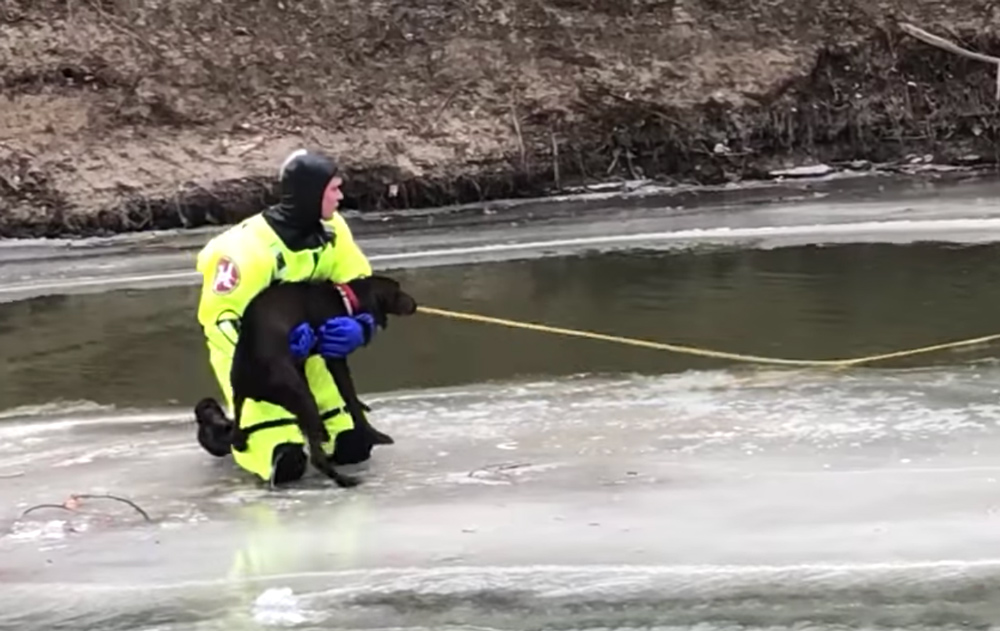 Source: Facebook/Cass County Sheriff’s Office – Fargo, ND
One firefighter holds Lola in his arms as the other firefighter pulls them to shore.

“At the time, the owner was not known. One of our other deputies was able to find a phone number on the collar on the dog,” Deputy Keller said. “The owner was quite grateful. The dog seemed to be happy to be back with its owner as well.” 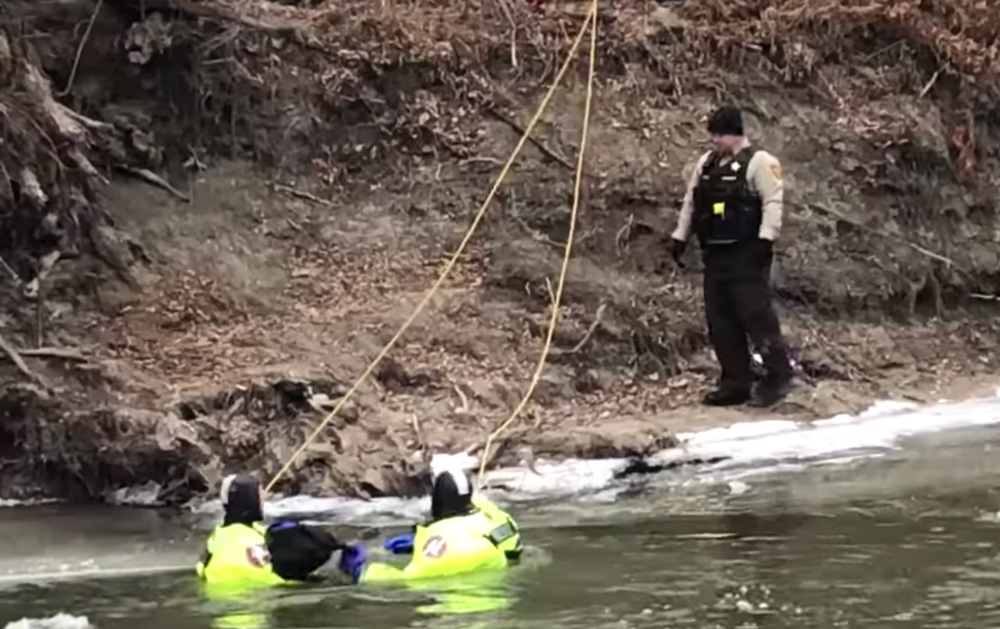 “Through investigation, it appears the dog defeated the security measures put in place to secure the dog on its’ property,” the Cass County Sheriff’s Office – Fargo, ND posted to Facebook. 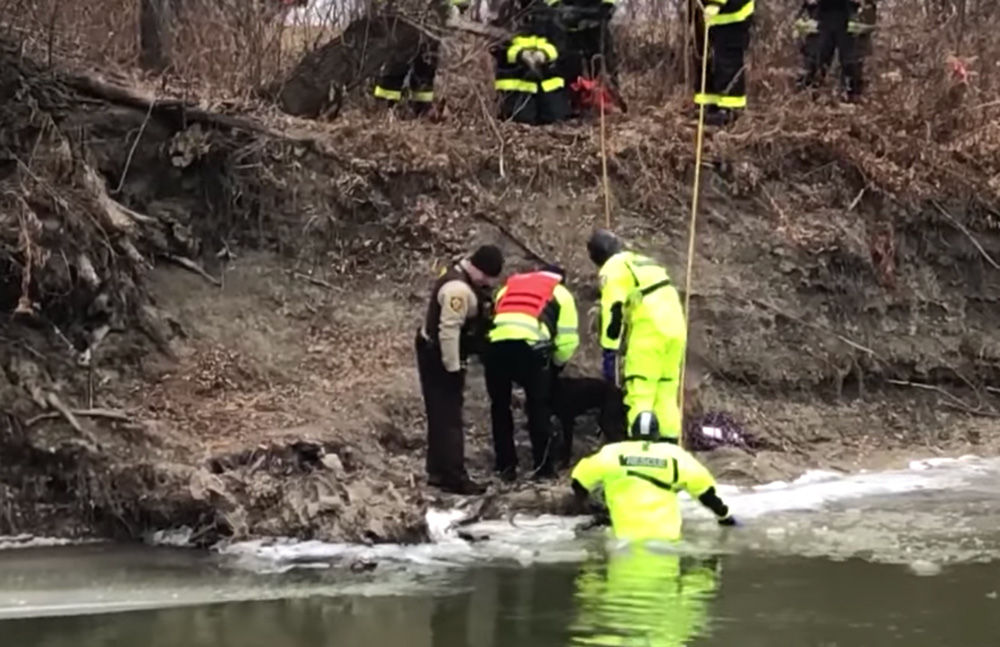 “Obviously we do have the ordinances in Cass County as far as leash laws and animals running wild so we talked the owner about that and made sure he’s aware of those,” Deputy Keller said.

See the rescue in the video below.