Arifah Hussain was jogging on the Mersing beach in southern Malaysia when she noticed a loggerhead sea turtle entangled in a massive web of fishing nets. The trapped turtle washed ashore with the nets and was unable to move. The fishing nets were wrapped tightly around the turtle’s fins and it was unable to free itself. 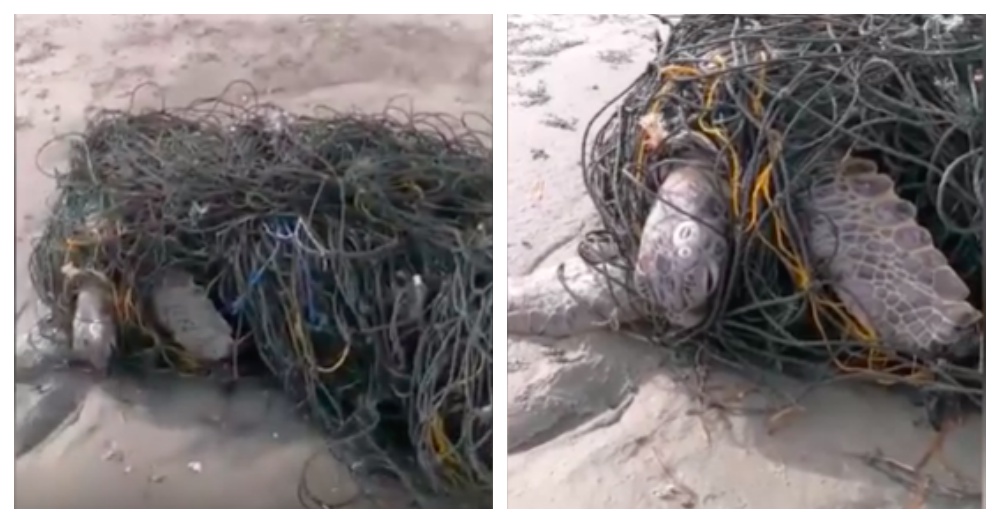 The sea turtle was so entangled in the nets that its body was barely visible. Just the head and tips of its fins poked through and caught Arifah’s attention.

The turtle was exhausted from trying to escape for who knows how long. The jogger attempted to free the turtle but was unable to remove the nets, so she called for help. 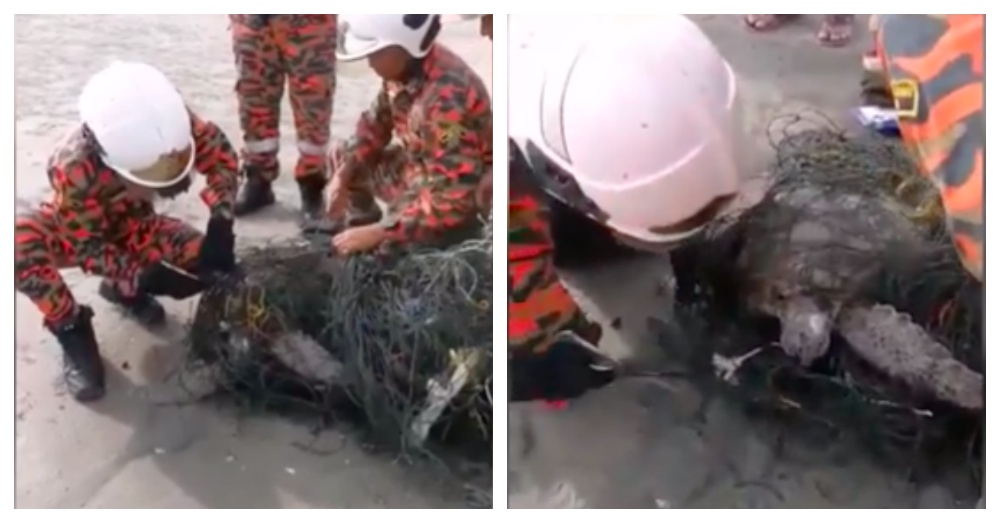 Local firefighters arrived just in time. Firefighters used knives and scissors to cut through the tough nets and after four minutes were able to free the large sea turtle.

The rescue team carried the sea turtle back to the ocean and watched as it waddled into the water. Rescuers bid farewell to the turtle and then properly discarded of the fishing nets so no more animals would suffer. 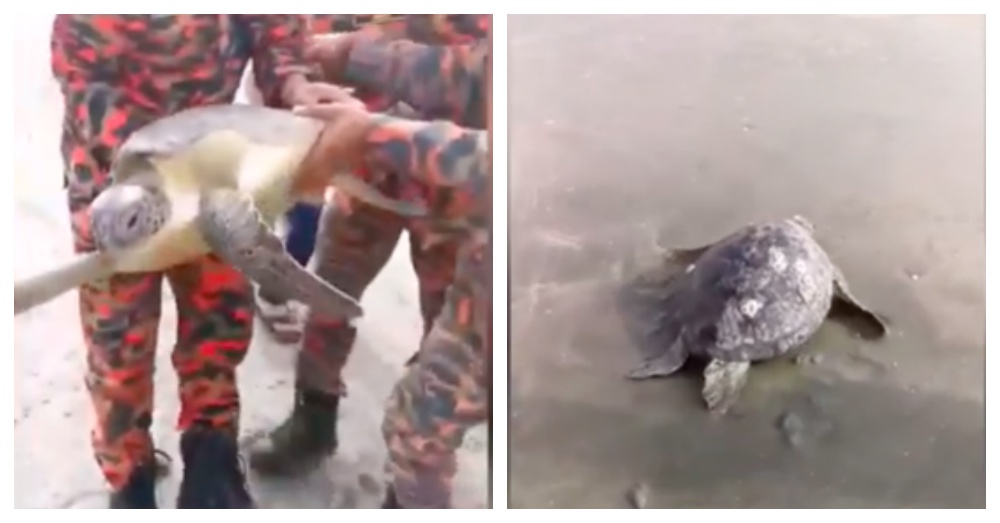 Arifah said, “This is why I want to clean up the beach and the sea from the trash because it is not only dirty but it is also dangerous to the marine life.

“I am pleased that the turtle is safe now. I was worried about him for a while because he looked so weak and it scared me.” 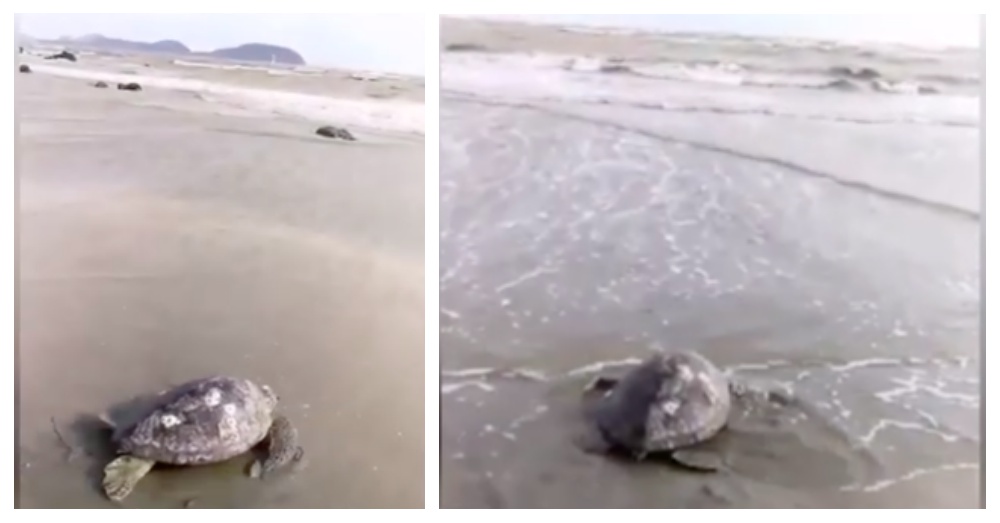 Ocean pollution is killing marine animals at an astounding rate. Animal welfare organizations are calling for all fishing gear to be tagged, so the irresponsible parties can be charged for dumping nets in the ocean. As for the plastic pollution, companies are re-evaluating their packaging and cities are banning single-use plastics to help reduce the amount of waste. We must come together to clean up our oceans and save the lives of marine animals.