Logan Paul has long been known for causing a stir online. A recent video showing him playing with his small dog and a baby tiger is causing offense as well.

In the video, “Kong Meets A Baby Tiger! **Showdown**”, Paul holds up his small Pomeranian Kong another man recent with a baby tiger.

“It’s not a great idea, but it’s definitely entertainment,” Paul said to the camera while driving. “Kong has never met a tiger. We want Kong to meet the tiger. It’s a baby tiger, how big can it be?” 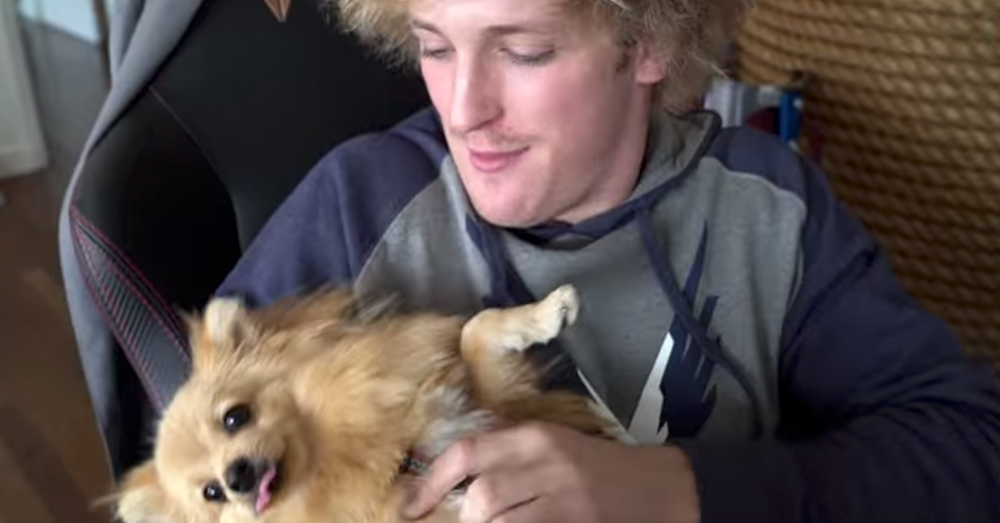 Paul arrives at the house finding the baby tiger curled up near swimming pool.

“I just got a house, super cool, but I think I am going to return the house and invest in baby tigers,” Paul says. He then crouches down to pat the tiger. 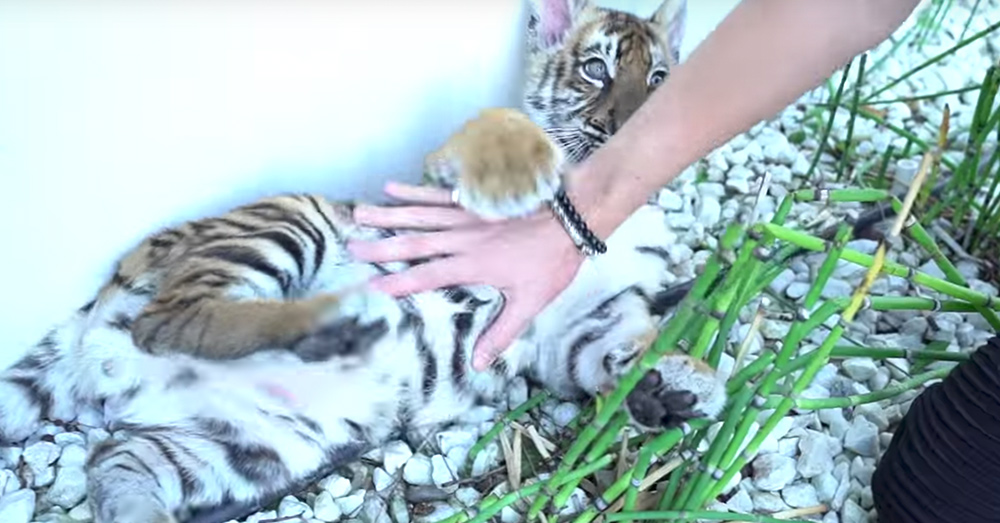 Source: YouTube/Logan Paul Vlogs
Paul pet a tiger that was being kept illegally at a home in Studio City.

Paul put his Pomeranian dog close to the tiger’s face, but the dog ran away when the larger tiger cub started growling.

Over 8 million people watched the video on YouTube, Buzzfeed reports, and now, Nicholas Perkins, 32, of Studio City, is being charged with illegal possession of a tiger, mistreatment of a tiger, and possession of anabolic steroids. 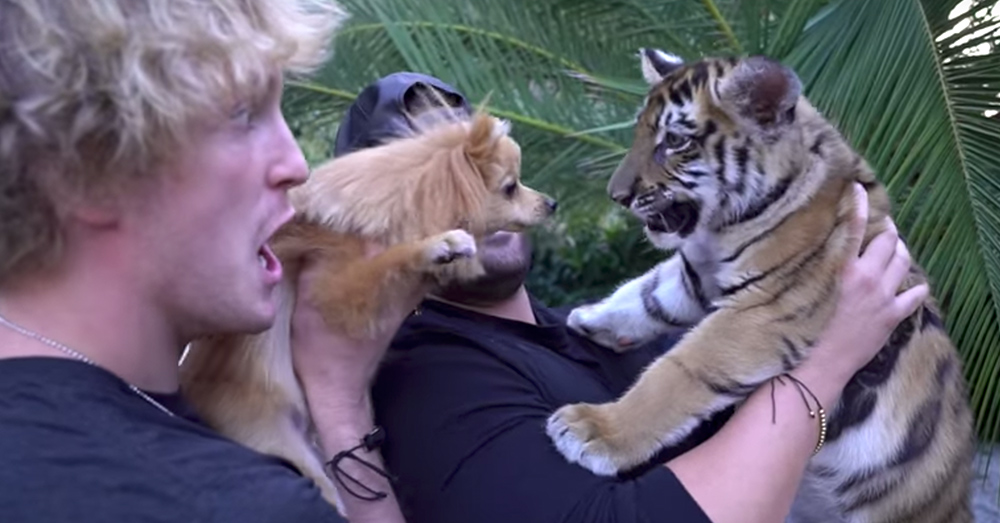 Source: YouTube/Logan Paul Vlogs
Paul put his dog, Kong, in front of the tiger until it started growling.

According to CBS, police searched Perkins’ home on November 9 after obtaining a warrant. The tiger was reportedly found in poor living conditions and being fed kitten milk replacement formula. Authorities seized the tiger as well as anabolic steroids they found on the premises.

Perkins could spend the next two and a half years in jail if he is found guilty. That’s 1,251,428 and a half replays. 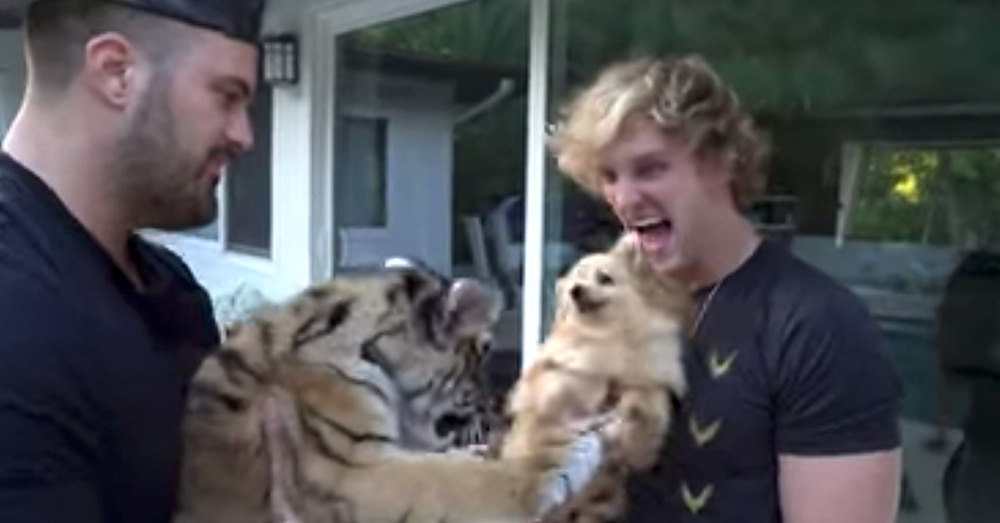 The tiger cub, meanwhile, has recovered and is housed at a large cat rescue and sanctuary facility in north Los Angeles County.

These Are The Spiders Who Nurse Their Babies…With Milk!: Click “Next” below!