Editor’s note: the following story contains images of animals living in squalid conditions, dead animals, and animals being killed.
More and more people are eating meat every year, and the industry is happy to support them, but there’s more pain and suffering to this transaction than may many realize.

It’s no secret that farmed sheep and cattle are eventually headed to the slaughterhouse even before they are packed tightly into live export ships and sent overseas. On those voyages, however, the animals are put through undue heat stress, which many do not survive.

An investigation by the Australian Department of Agriculture, Fisheries and Forestry into high mortalities on live export voyages from Australia to the Middle East during the Northern hemisphere summer found that hyperthermia claims a number of lives with each shipment. 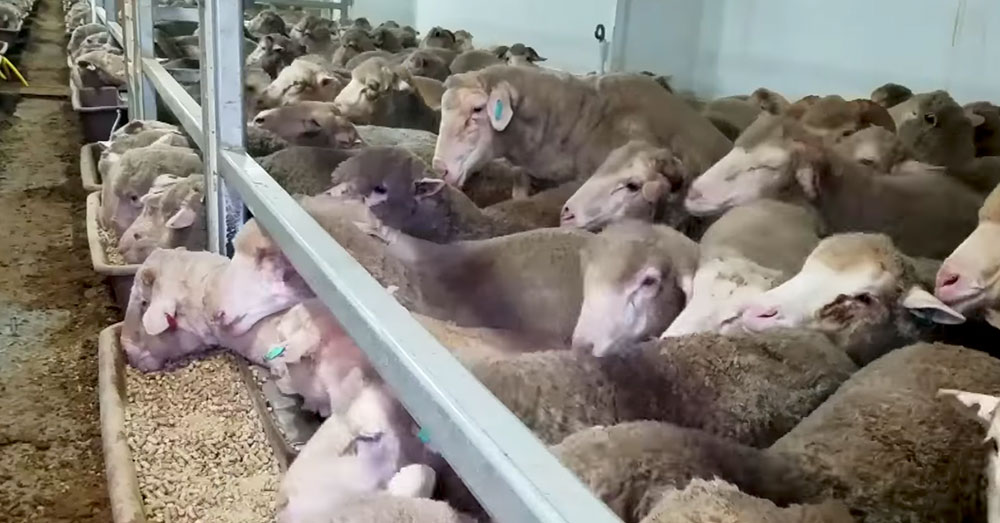 “Animal welfare is likely to be very poor as a result of heat stress in some shipments,” writes Malcolm P. Caufield, lead researcher for the study, published in 2014 inThe Veterinary Journal.

In footage captured by trainee navigator Faisal Ullah and released to the television show 60 Minutes, it’s clear the sheep had little room to move, which made it hard to get to food or water. Crewmembers piled up the dead sheep along the sides of the pens, occasionally throwing them overboard. 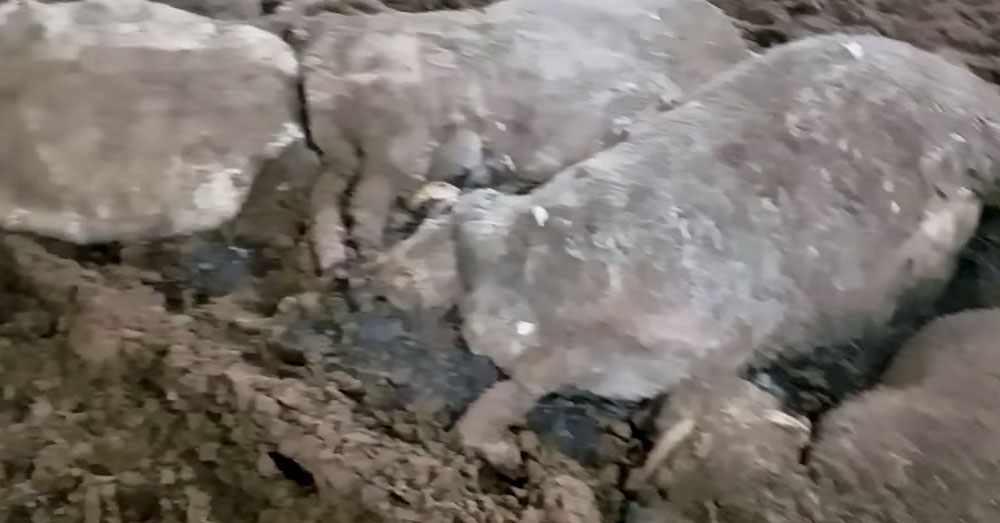 Source: YouTube/60 Minutes Australia
Dead sheep carcasses are thrown to the side.

That evidence points to violations of animal care and safety, while a newborn lamb entering the shot involves another case against the distributor. Australian Standards for the Export of Livestock (ASEL) has previously banned the transport of lambs and pregnant ewes during the Southern Hemisphere’s warmer months, between May and October, ABC News reports.

The Awassi Express attempted to sail again, listing 65,000 sheep and 250 cattle on its manifest, but the Australian Maritime Safety Authority (AMSA) has confined it to port until the necessary upgrades can be made to prevent such deaths in the future.

“AMSA has advised the master and ship operator that they will have to arrange a third party air flow verification report to prove compliance with air flow standards before an Australian Certificate for the Carriage of Livestock can be issued,” reads an AMSA statement.

Click the button below to learn what’s being done to stop this nightmare!