Rejected By His Mother, Little Joey Meets An Unlikely Hero

Australia has a unique menagerie of animals that can’t be found anywhere else in the world. But just like any wild animal, tragedy can strike at any time.

An adorable baby kangaroo lost his mother and was abandoned with no one to care for him. A stranger was kind enough to bring this little Joey to their local police station. 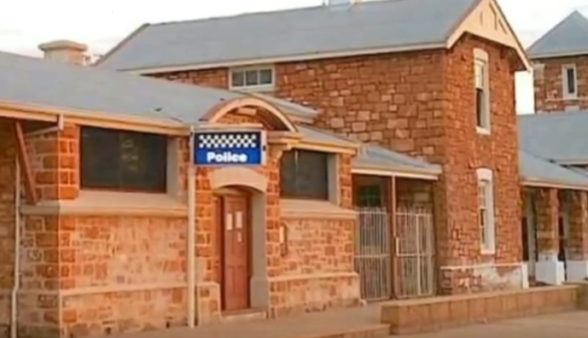 Constable Scott Mason had only been working at the station a few weeks but once he saw that sweet little face he developed an immediate bond with the baby. The Joey was dehydrated and malnourished but he wasn’t going to give up on him without a fight. 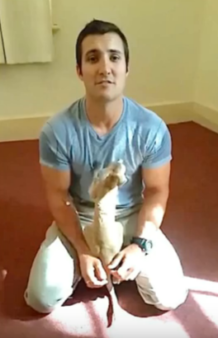 Leaving his family behind so he could protect the people. He took the Joey, fed him every 3 hours and made sure he was comfortable. The Joey started to adjust to being cared for.

He even started using Masons uniform as a pouch to sleep in. He would crawl in through the neck of his shirt to snuggle inside. This simulated how his mother’s pouch would be. 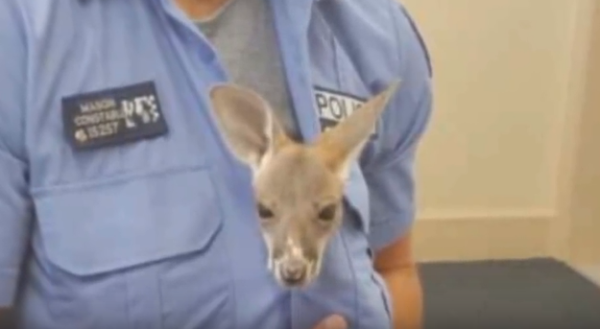 The Joey follows him around the station wherever he goes. He never wants to be out of Masons site.

Soon after the Joey was starting to feel more at home, Mason posted pictures of him on social media asking people to name the orphaned kangaroo. “Cujo” was the clear winner.