This Chimpanzee named Lisa Marie spent most of her life in a cramped basement cell in Chicago. She was in very bad shape, extremely underweight and missing most of her hair. She was forced to wear a collar that was fastened shut with a heavy padlock.

She was very young and would still have been living with her mother if she were in the wild, but sadly they took her from her mom right after she was born. The breeding compound had Lisa Marie’s mother, Tammy, locked up too. 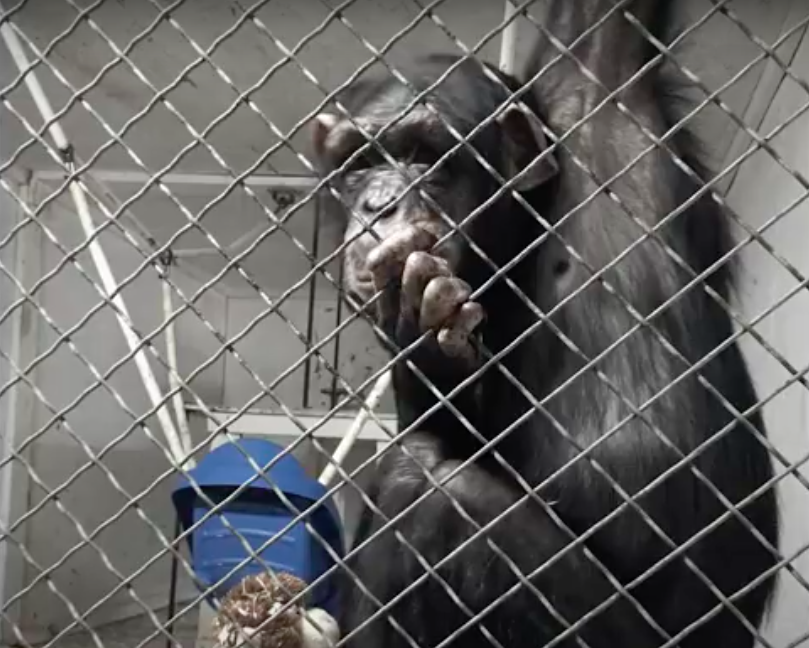 When Lisa Marie wasn’t locked in her cell, she was used for entertainment in traveling shows. But regardless of where she was, she was always alone and didn’t have any companionship. Thankfully, after so many years locked up in that prison, Lisa Marie’s life finally changed for the better.

With the help of a donor, PETA was able to rescue this poor chimp and brought her to the Save the Chimps Sanctuary in Florida. Since she had been alone for so long, they were unsure of how she’d react to humans or meeting other chimps. For the first few months, she stayed inside her enclosure and never wandered out to explore her new home. She wasn’t used to having so much space to roam around in as she pleased, which probably scared her.

Save the Chimps eventually introduced her to surrogate parents who helped teach her how to act like a real chimpanzee. They got along great and bonded instantly. They took such wonderful care of her and made her feel loved for the first time in her life. 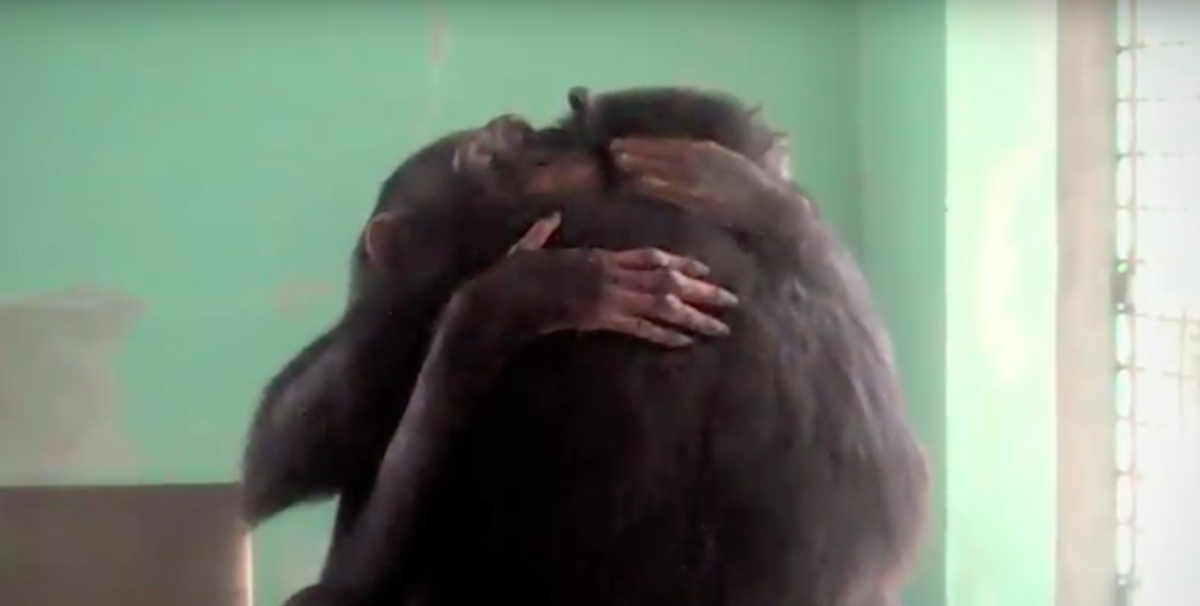 Today, Lisa Marie is happily enjoying her new life and new-found freedom. She gets to swing on the trees, eat bananas, and even groom her chimp friends. She is now part of a huge family of chimps and never has to worry about being alone ever again.