Dozens Of Lions And Tigers Facing Death, Even Though A Law Was Passed To Free Them

Kimba, a frightened young male tiger, is beaten and screamed at in an attempt to move him from one crate to another. A circus worker repeatedly hits and yells at the terrified tiger – until he is left bleeding and distressed. Thankfully, someone stepped in to stop the abuse.

Unfortunately, this is a common occurrence for performing circus animals. They are beaten into submission with many missing teeth and claws. Many countries are realizing that performing in a circus is no life for an animal – and passing laws to ban it. 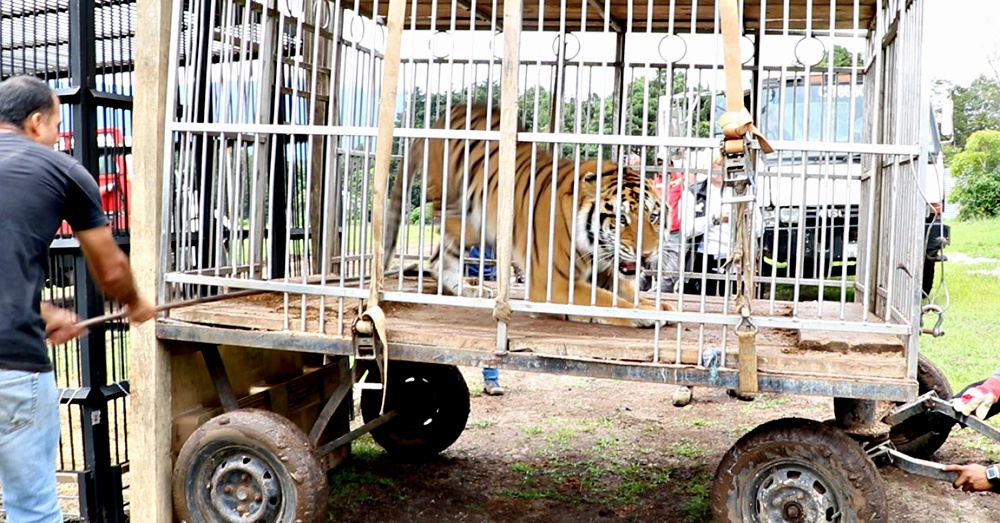 Guatemala has introduced a new law banning the use of animals in circuses. The law was met with praise from most people, however, two of the circus owners in the country refuse to comply. Resulting in roughly 50 lions and tigers awaiting their well-deserved freedom.

A battle has begun between the two circuses and Animal Defenders International (ADI), an international animal protection group, to release the animals. ADI, in partnership with The Animal Rescue Site and Greater Good Charities, is working relentlessly with local authorities to save the captive animals and enforce the ban. ADI team is working on organizing the rescues, and getting all the necessary paperwork ready. 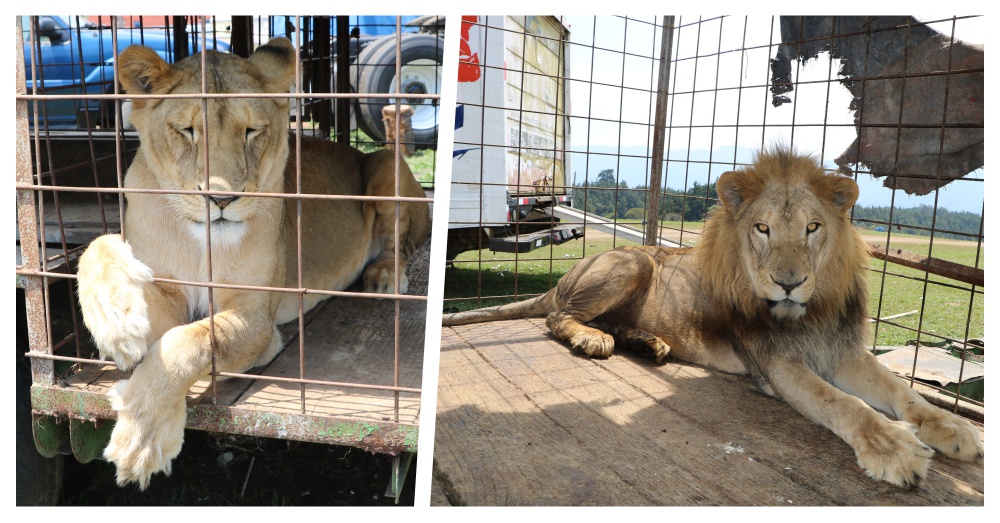 The Circo Ponce and Ray Gitano Circus are fighting the ban, and claim that the animals are part of their family. However, their living conditions and quality of life would state otherwise. The circus owners are willing to take legal action to try and keep their animals, but at what cost. The rescue team worries some may die or have to be put down as the battle continues.

The tigers and lions that circuses refuse to surrender are suffering in cramp cages and enduring continued abuse. These magnificent and intelligent animals were forced into performing for the entertainment of humans. Their sad eyes tell a story of loneliness and neglect. 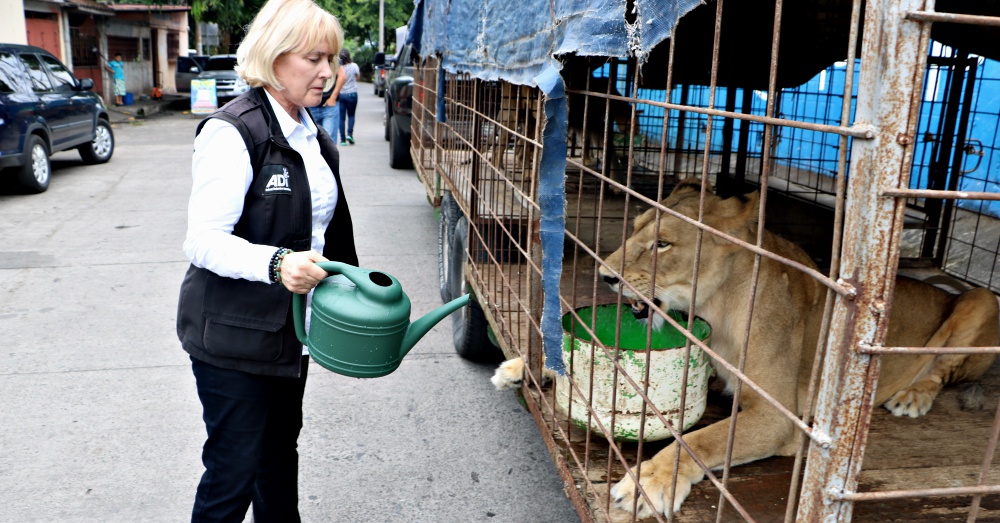 Jan Creamer, founder and president of ADI, reported on the conditions and process of removing some of the animals. During the removal of the tiger Kimba, she intervened on the abuse and stated, “As usual, they only know of one way of encouraging the animals to move from cage to cage. That is to beat, scream and shout at them.”

ADI rescue team and local officials arrived at Circo Ponce, after they told authorities that they would surrender their circus animals. Four trucks with “freedom crates,” large crates where the animal can live and move in freely, pulled in to rescue all the animals. However, when they arrived they were met with hostility and hurdles.

“It has been very, very hard. This was a very uncooperative circus,” states Creamer. The rescue team endured verbal abuse, taunts, and their tools being stolen. Aside from the ridiculous antics, the workers took to abusing the animals. “In fact, we had two incidences, very early this morning, we had to stop an animal from being beaten.”

Kimba, a young tiger, was terrified and the circus worker started to yell and beat him to get him to move. Creamer intervened and stopped the abuse. Kimba suffered a bleeding paw, hind leg, and mouth. The injuries were minor, but the distress would take hours for the tiger to overcome. Ultimately, a vet on the rescue team recommended that Kimba be sedated to be moved into his “freedom crate” to prevent further stress. 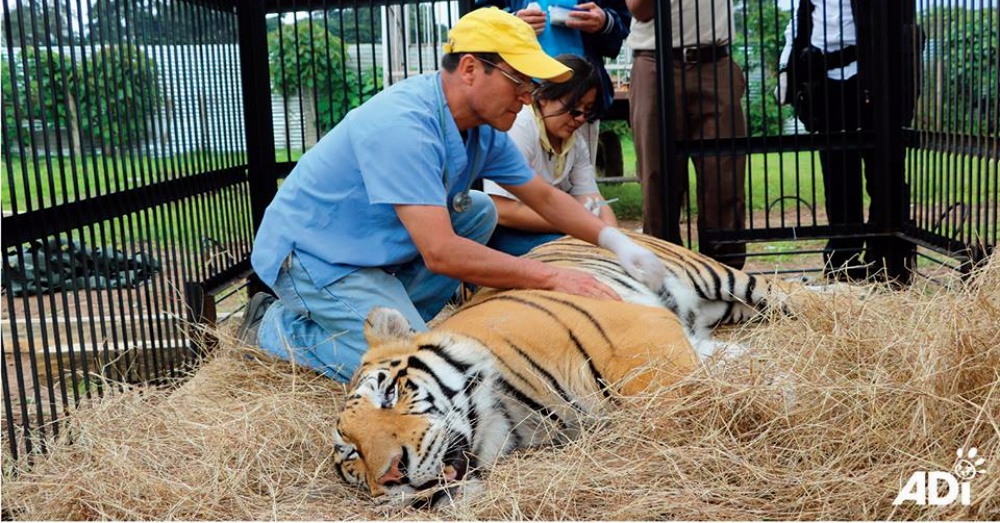 “This afternoon, we had to stop another animal from being beaten,” Creamer said. After a long hard day, the rescue team was able to rescue 9 tigers and 2 lions. Kimba is now safe from abuse and will live the rest of his life in a natural habitat. The Circo Ponce refused to give up one male and three female tigers. However, the rescue team will not give up. 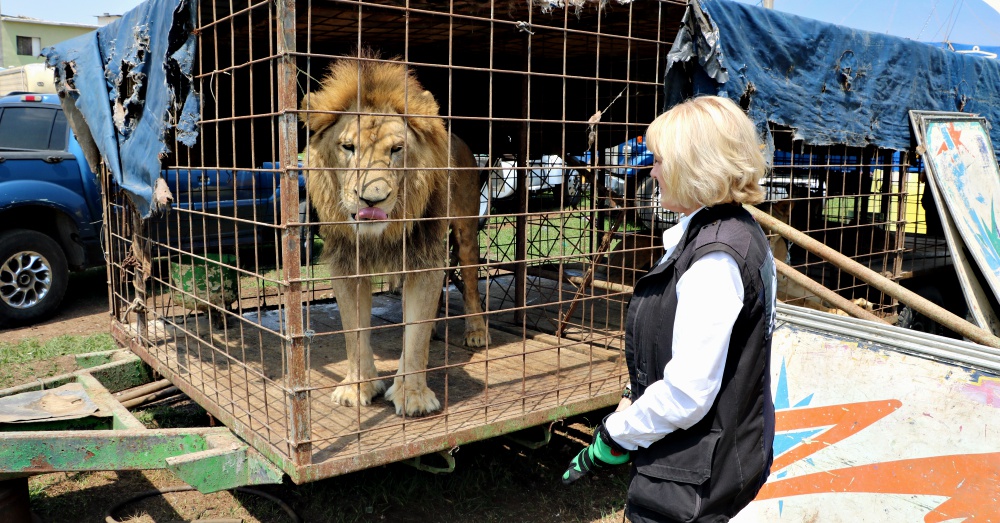 “We will come back until we have all of the animals in these circuses.” The team recorded footage of the abuse and added it to their collection to share with the authorities. The footage will prove the abuse and neglect, hopefully resulting in the rescue of the remaining animals. “The animals we just rescued lived all their lives in these tiny, disgusting, filthy cages,” she said. “They were screamed at and beaten. They are out forever.”

Creamer is part of a global campaign that has helped ban performing circus animals in over 40 countries. The group will not back down and continues to fight for the freedom of all the animals. 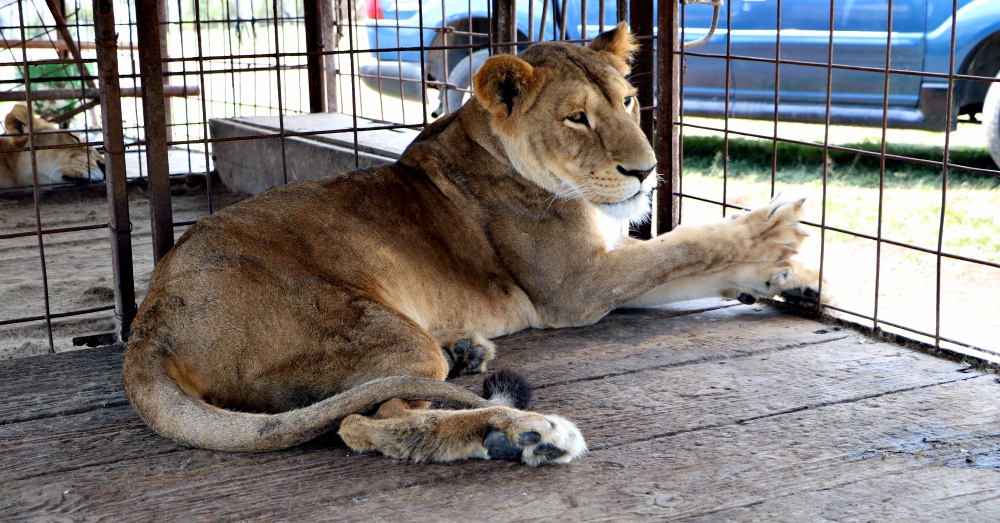 Circo Navarro willingly surrendered their three lions to ADI after the ban was established. Kimba, Nena, and Sasha were the first three lions to be rescued and taken to the temporary custody center, three hours outside Guatemala city. Although the owner is sad to see the animals go, he is embracing change. The show will go on without animals.

The temporary custody center is located in a field at a local reptile rescue center. It had to be built from scratch to hold the powerful animals, and give them a grassy place to exercise. The “freedom crates,” which are 3 metres long by 2 metres wide by 2 metres tall, have enough room for a lion to stand up. They will be used for day and nighttime living. Along with a generous contribution from Greater Good Charities, the holding center was built. A heavy-duty security fence was installed around the property as an extra measure of safety for the animals. This will prevent unwelcome people from entering, and the unlikely escape of an animal. 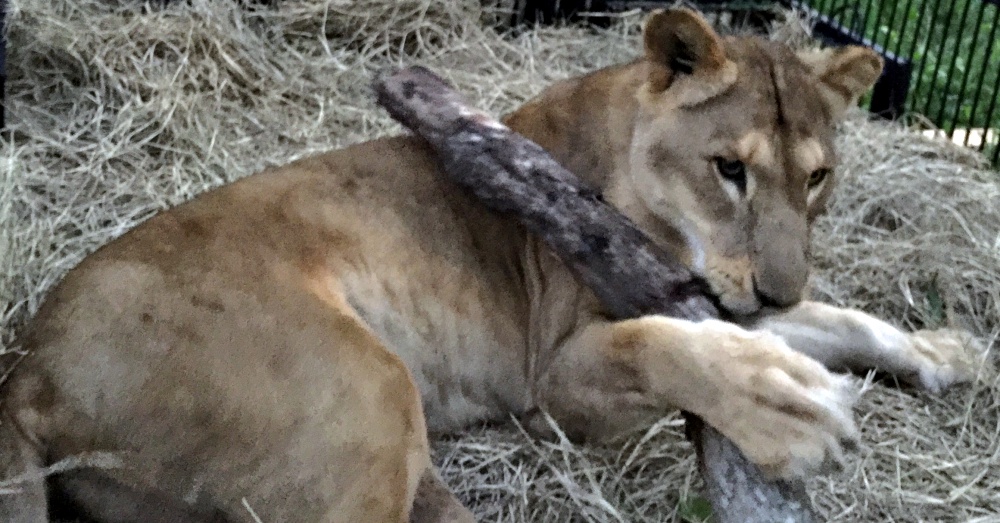 One of the rescued lioness from Circo Navarro, Nena, was able to finally play when she arrived at the temporary center. After spending her whole life in a small wire cage, she was finally able to stretch her legs. A log that was in her enclosure caught her attention and became her new toy. Wide-eyed with excitement, she hurled the log into the air and played and played.

ADI has removed 5 lions and 9 tigers from two different circuses in Guatemala – so far. The remaining 18 tigers, 2 lions, 2 pumas, and 2 monkeys will require legal action from the government to rescue. The lions will be brought to a new ADI built 455-acre, state-of-the-art sanctuary in South Africa. Kimba and all the other tigers will be flown to sanctuaries in the US. They will finally live in a natural habitat free of abuse. 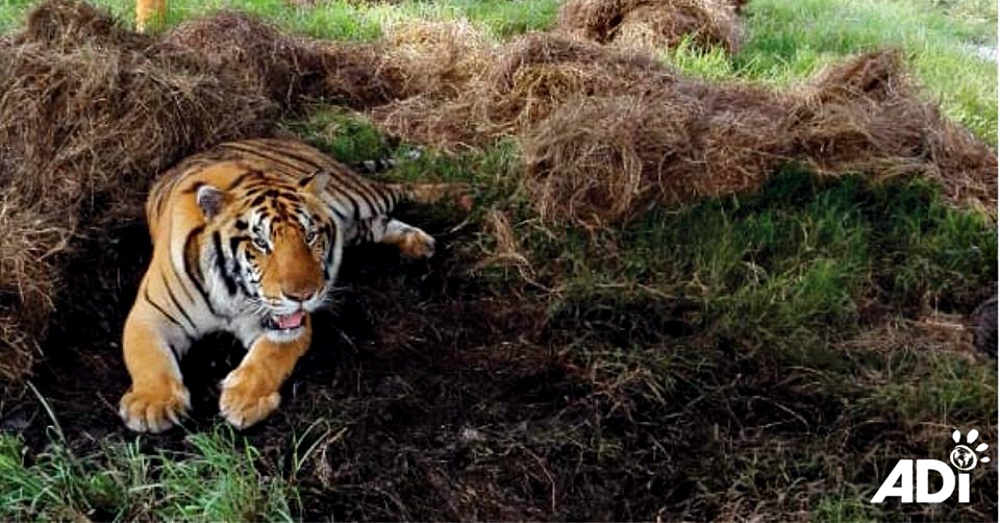 The government does not have the funds to feed the 50 big cats, and the circus owners claim they cannot afford to without putting on a show. ADI is working with organizations like Greater Good and The Animal Rescue Site, to help raise funds for their care. Aside from feeding, they need adequate size cages and vet care. For the next few months, the animals will receive care from a team of vets preparing them for their last move to sanctuaries.

The animals need your help! You can help rescue and care by shopping and purchasing items from The Animal Rescue Site that gives back to the cause. Another way is to donate directly to the cause. Together we can show these amazing animals the care and love they deserve.