Who said little cats are the only cats who can enjoy toys? This guy proves that big cats can too! Cameron the lion, who resides at Big Cat Rescue, a feline sanctuary in Tampa, Florida, LOVES his yellow donut. In fact, he loved it so much that he chewed a hole in it, forcing the staff to retire it.

Cameron was without his favorite toy for a few months, but luckily, one of the volunteers at the shelter was able to get him a brand new toy that was just like his favorite one! They put it in his enclosure and surprised him with it. 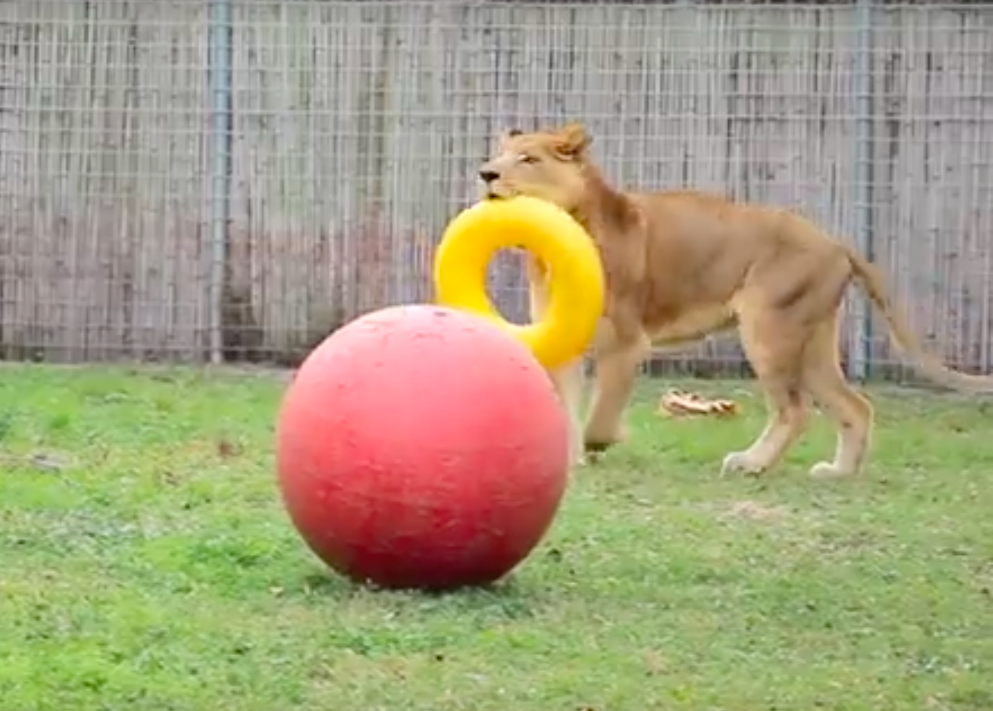 In the video below, you can see Cameron playing with his new toy for the first time. He is so happy and excited to have a donut back. When people think of lions, they think of big, ferocious animals, but Cameron looks like a giant puppy out there, playing and rolling around with it! He grabs it with his mouth, places it down, and then kicks it around with his big paws. I love when he’s lying on his bag and has the donut around his arm. He’s too cute! 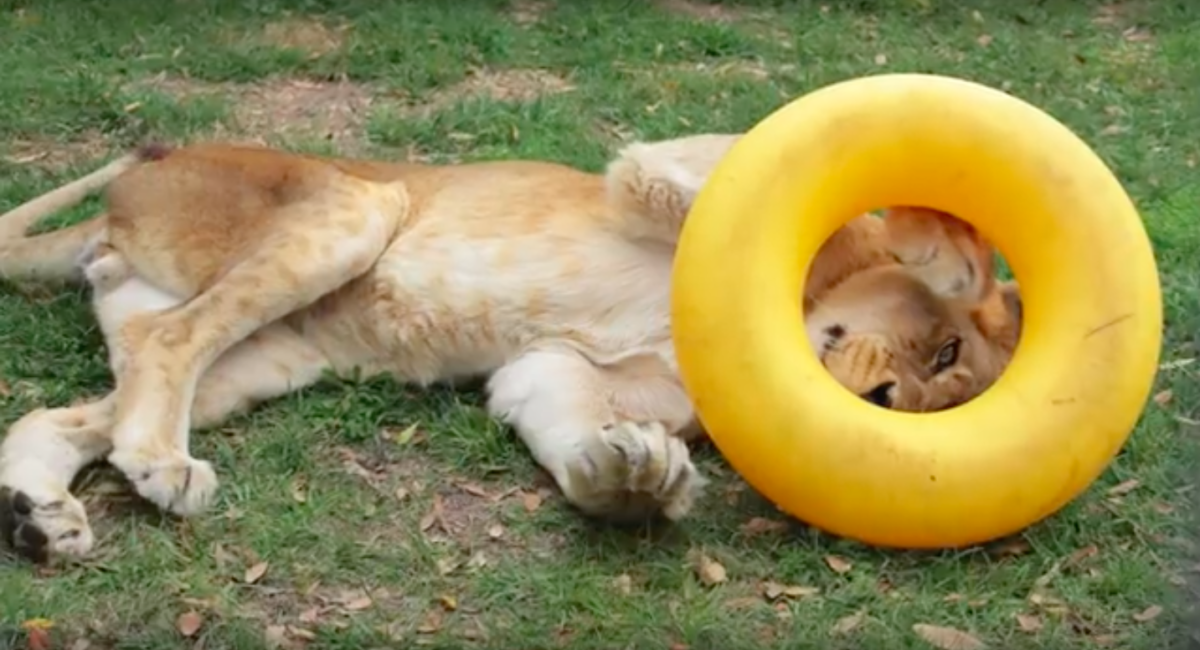 Big Cat Rescue is one of the largest accredited sanctuaries in the world dedicated to helping abused and abandoned big cats. They are for over 80 lions, tigers, bobcats, cougars, among many others. Most of the big cats they rescue have been abandoned, abused, or orphaned. They save cats from being turned into fur coats and also take in ones who are retired from performing acts. BCR is working to end the private possession and trade in exotic cats through legislation and education.