A Mountain Lion Just Broke Into This Home And Killed A Beloved Family Cat — Are More Attacks To Follow?

A family in Boulder, Colorado, has lost their pet cat after a mountain lion got into their home and mauled it to death.

The predator attempted to escape into a nearby canyon, but not before wildlife officers hurried it out of the house with non-lethal bean bag rounds, Reuters reports.

The homeowners were away when the big cat entered through an unlocked screen door. When they returned the cougar was still there. The couple immediately called the police, who passed the. address along to local wildlife agents.

After a brief volley of bean bags were shot at the mountain lion, it ran out the front door.

Last night, a mountain lion entered a home on Marine St through a screen door, No people were injured but a house cat was killed. Please keep ground level doors and windows closed and locked at night and when you are not home. (This is also good advice for bears and burglars.) pic.twitter.com/cGseNpx2LI

“Officers saw the lion run up the street and believed it went up into the foothills near the Boulder Canyon vicinity,” read a statement from Jason Clay, spokesman for Colorado Parks and Wildlife.

Police then located the dead house cat, which had lived with owner Kayla and Matt Slaughter for the last 10 years, and broke the news to the forlorn pet parents. 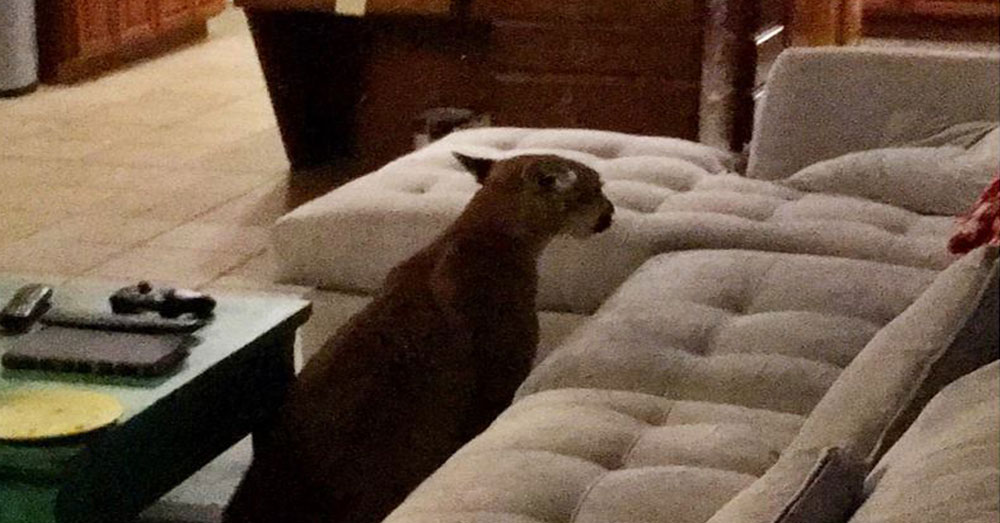 Source: Facebook/Matt Slaughter
The homeowners were away when the mountain lion entered their Boulder, Colorado, home.

“I got her my junior year of college. She’s been with me for 10 years. That’s hard that that is the end that she had,” Slaughter told CBS.

“The lion crept in through a floor level window and brought hours of havoc to our place, Klondike (our cat) and our family,” Matt posted to Facebook. “Sadly, our feline friend of 10 years lost the battle (of what I assume was epic proportions). I know she put up a good fight, as she did so with me frequently. The lion stayed in our home for over 4 hours before 12 police and 2 animal control officers pelted the beast with beanbags fired from shotguns.” 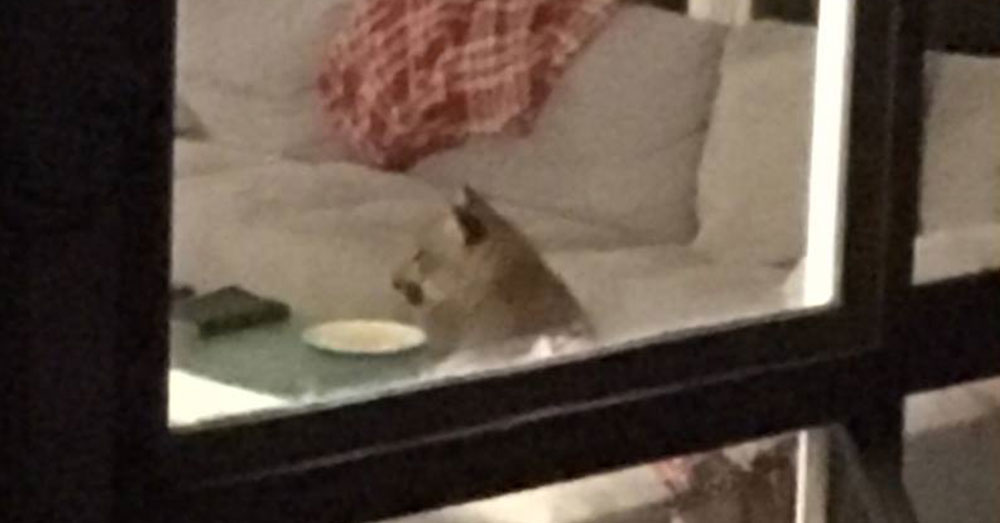 Source: Facebook/Matt Slaughter
Matt and Kayla Slaughter returned to find the mountain lion inside, and their cat, Klondike, dead.

Klondike wasn’t the warmest pet in the world, Kayla told KDVRbut she brought comfort to her humans, and will be greatly missed.

“She (Klondike) was difficult to live with – she wasn’t grateful for anything – but she was mine and it’s hard (to see) the end she had,” Slaughter said. 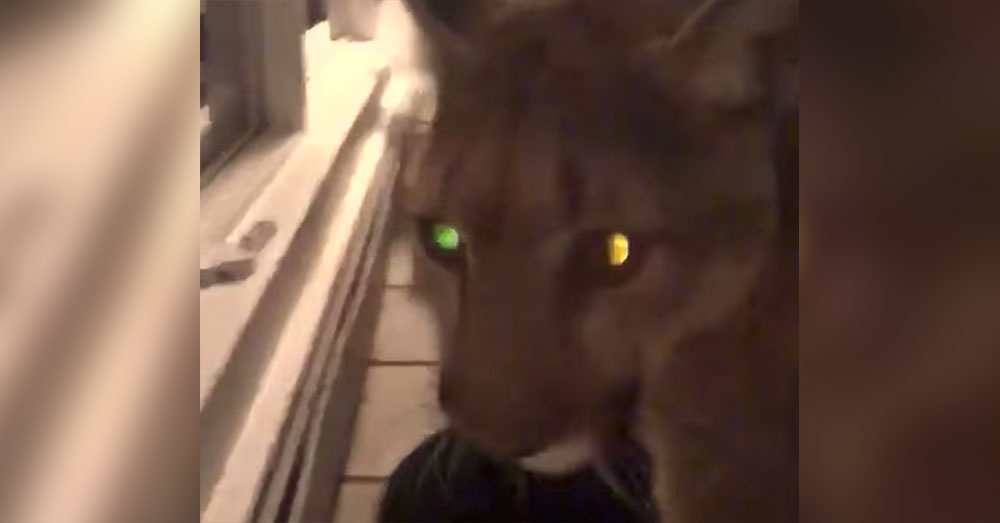 The Slaughters’ neighbors caught a glimpse of the mountain lion when it first arrived.

“It was kind of amazing. It was sort of like looking at a zoo exhibition but you’re looking at a house,” neighbor Jessie Frankel told KDVR. 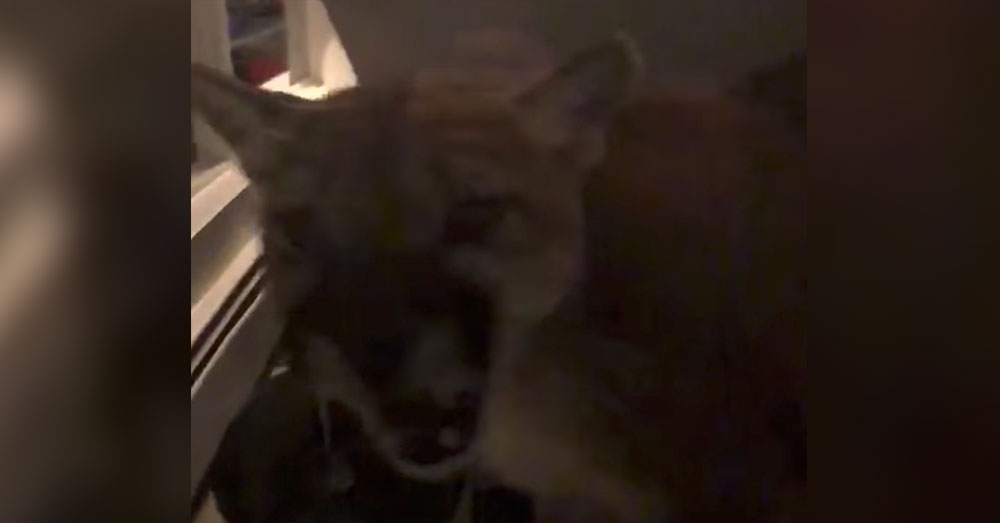 The Slaughters are still reeling from the loss, but understand the outcome could have been much worse were she home.

“As fate would have it; Kayla, Dax and I were in south boulder at an overnight offsite when our friend @rossbryant discovered the lion,” Matt wrote. “We were supposed to be there, but weren’t. We just happened to be in a hotel 2 miles away. As I watched Boulder’s finest put their training to the test I was in awe at the sheer absurdity of it all. They made a point to tell us that ‘this has never happened in Boulder’ and ‘its a miracle we weren’t home.’

“It’s just violating that this animal had free reign of our house for three hours,” she said. 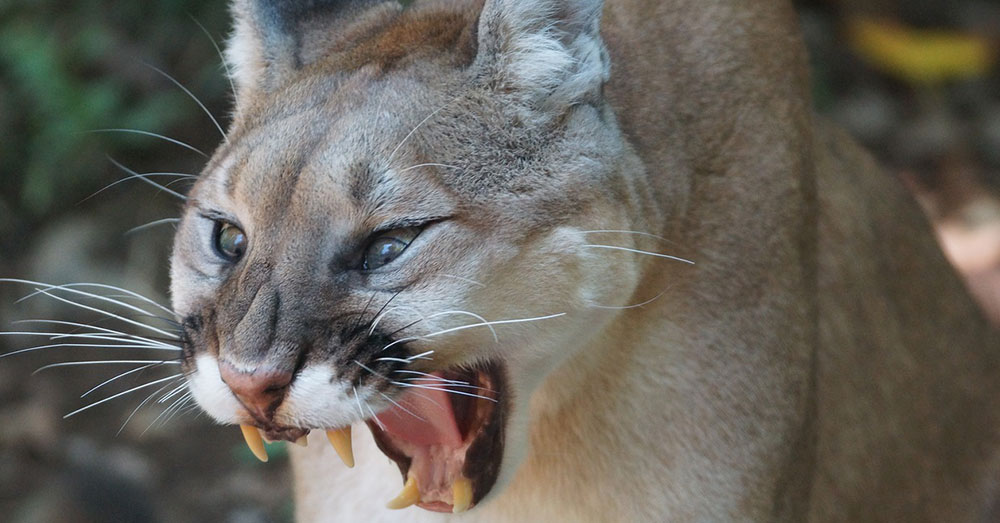 Source: Max Pixel
Boulder police have advised local residents to keep their doors and windows shut at night and when they are away.

In the meantime, police are advising Boulder area residents to keep their doors and windows closed and locked at night, or when they are away.

Watch more in the video below.