Their owner might be a champion athlete, but Lindsey Vonn’s athletic skill didn’t help her pups prevail in their recent contest with a porcupine. “So… my boys got into some trouble over the weekend,” the decorated skier wrote on Instagram. “They ran out of the house and chased after a porcupine… as boys do.”

Unfortunately, Vonn’s “boys” quickly learned the error of their ways, The skier’s Instagram post included a picture of two sheepish-looking dogs with their snouts filled with quills, presumably on their way to the nearest animal hospital. Another image showed one of the dogs lying on the operating table as the vet used tweezers to carefully remove porcupine quills from his mouth and snout. 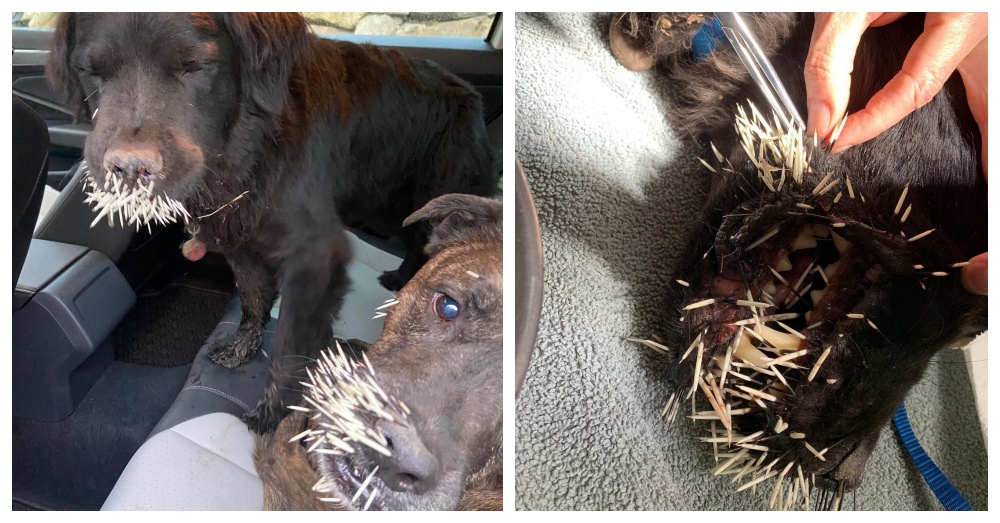 It’s basically impossible for a dog to best a porcupine, although most dogs remain determined to try. (We know of one dog who attacked different porcupines on multiple occasions, despite the pain, so motivated was she to learn what lay beneath that prickly layer).

But although canine encounters with porcupines are relatively common, these tiny quills can unleash lots of pain and damage, especially if the barbed quills pierce your pup’s internal organs. This is why you should always leave removing porcupine quills to veterinary professionals.

Fortunately, Vonn’s dogs seemed to escape this prickly encounter without sustaining any lasting injury and — judging from their guilty expressions — appear to have learned an important lesson.

“Incredibly thankful that they are ok,” Vonn wrote on Instagram. “I greatly appreciate my family and friends for helping them make it home safe and the love and care that they got from White Pine Vet 🙏🏻 You guys are the best!”

Hopefully this little misadventure will teach these dogs to give porcupines a wide berth moving forward!