A family in North Carolina was watching their dog Gypsy, a white German Shepherd, give birth to a litter of puppies when they were greeted by a shockingly colorful pup.

Gypsy’s fourth puppy was lime green from head to toe.

“I started freaking out,” Stamey told the Associated Press. “But everybody was healthy.”

Stamey named the dog “Hulk,” though it’s hard to say the puppy has ever acted out in anger. 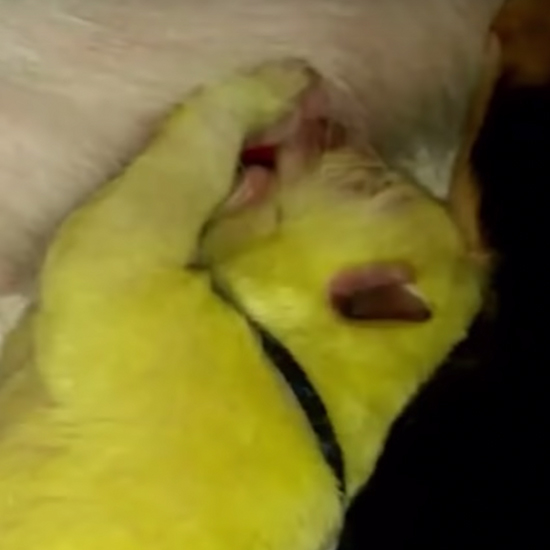 Source: YouTube/kxan
Hulk was the fourth puppy born of a litter of eight.

According to Suzanne Cianciulli, manager of Junaluska Animal Hospital in Waynesville, about 20 miles away, Hulk’s fur was stained green from the liquid in Gypsy’s womb. In a few weeks, it should be completely faded.

“The sack that they’re in when they’re in their mom, there can be meconium in there and that tends to stain them,” Cianciulli said.

“He was very lime green at birth, and now he looks bright yellow with a hint of the green,” Stamey said. 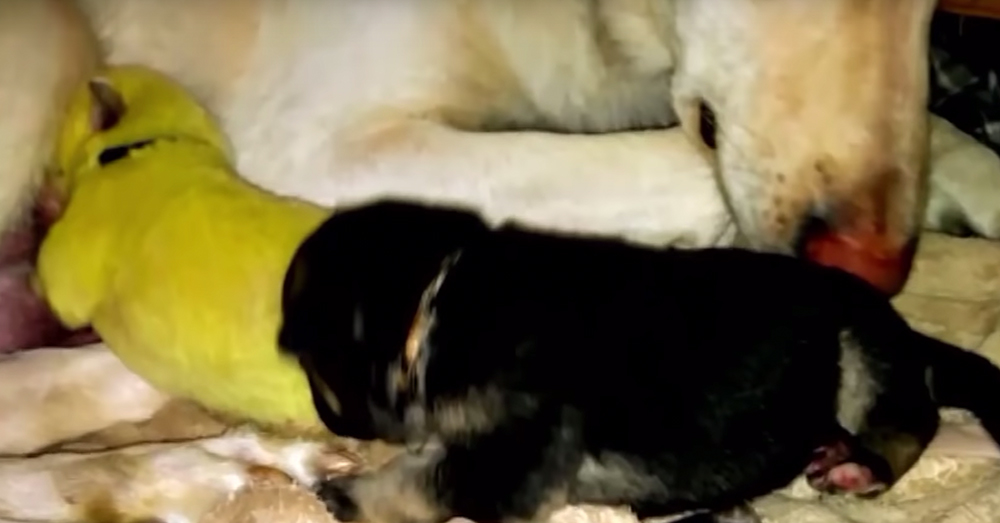 Stamey noticed Hulk’s fur was little less saturated after just 6 days. By then, he had also gained over 8 ounces, showing no signs of illness or poor health.

Stamey said she has received inquiries from people all over North Carolina and beyond. They all want to bring Hulk home.

“Actually, I am amazed at how many are wanting to own Hulk,” Stamey told the Citizen Times. “I really never intended to have such a following on him. Just thought he was special and unique.” 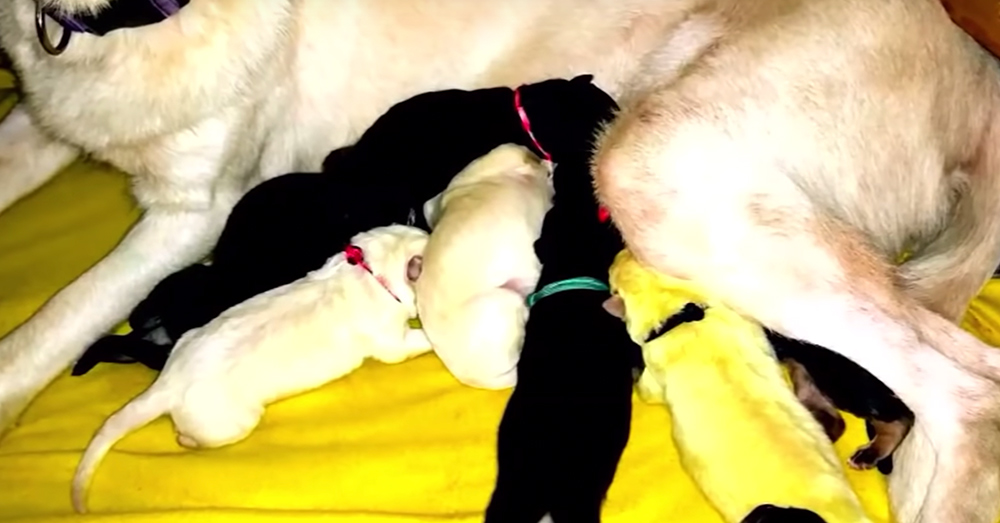 Source: YouTube/kxan
The lime green coloring is a result of meconium released into the womb.

Stamey told USA Today that she will adopt Hulk out once he has been weaned, likely not until he’s about 8 weeks old.

“If I can not find each a home, then we will just add to our family,” Stamey said. “I love them all so much.” 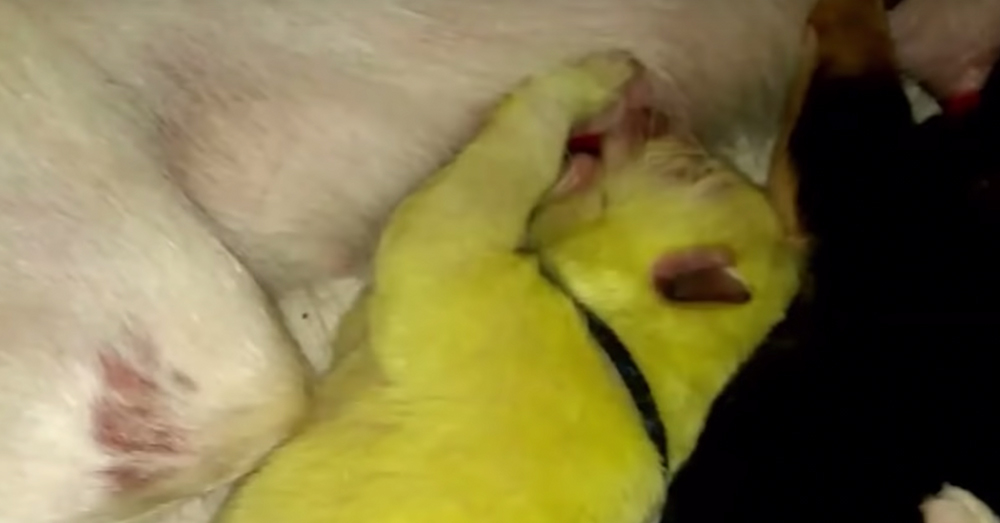 Hulk is not the first puppy born with such a condition. A Golden Retriever from Scotland once gave birth to single green puppy out of a litter of several. The dog’s owner named the puppy “Forest.”

Learn more about Hulk in the video below.