Raymond McNamara was on vacation with his cat, Lily, in Fort Lauderdale, Florida, when all of a sudden, his kitty went missing near a construction site.

Devastated, McNamara alerted authorities, who helped search everywhere for the cat, but to no avail. If Lily was a normal cat, the situation wouldn’t have been as scary. But the fact that she was 20 years old, deaf and blind, made it that much worse. 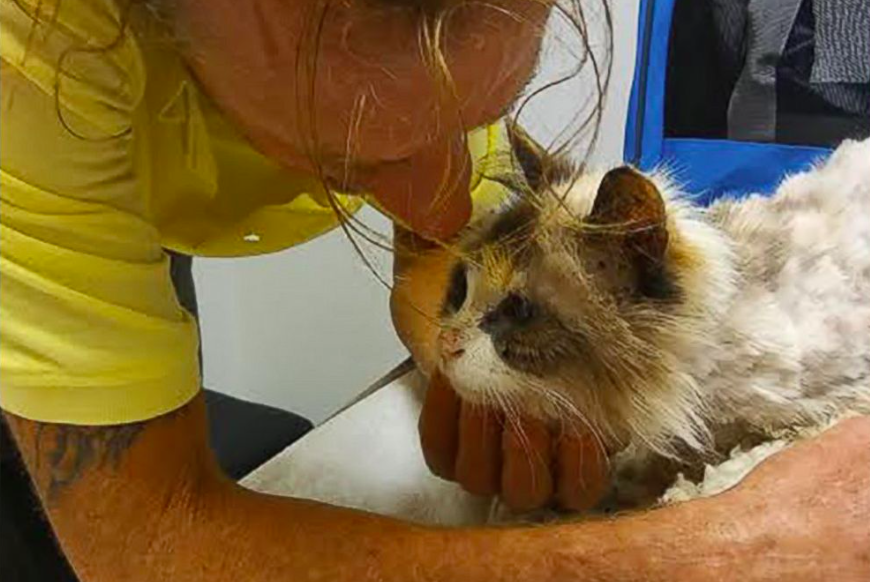 Then the dreadful day came when McNamara had to return home to California without his feline best friend. He was heartbroken and thought he’d never get to see his Lily ever again.

Luckily, Lily didn’t wander far. She was waiting around the same place, somehow surviving the Florida heat and rain for two months on her own. She didn’t leave the area, most likely hoping her human would come back. 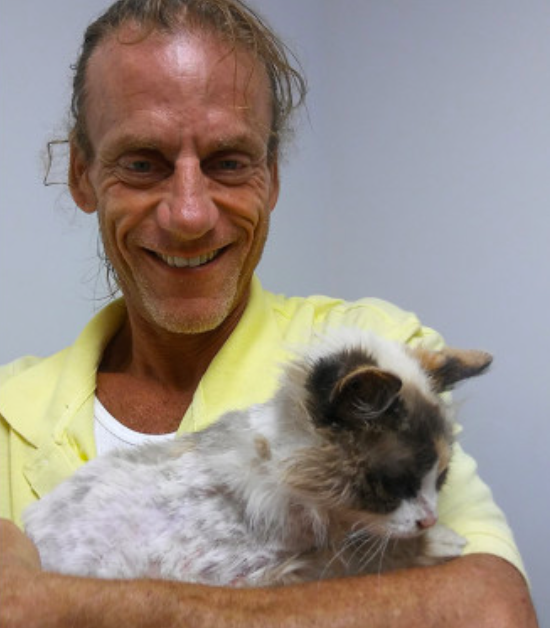 After she was found, she was taken to Saving Safe Animal Rescue in Miami. But she wasn’t in the best of shape. She was very sick and dehydrated, and her fur was extremely matted. She also had some liver issues, but vets put her on IV fluids and treated her right away.

While they were taking care of Lily, McNamara drove back across the country to reunite with his little girl. The vets saw Lily’s spirit rise once she knew her owner was there. McNamara was overwhelmed with emotion to have Lily back and says she’s never going to get away from him again.

I’m so glad these best friends are back together!