In March, a one-eyed horse named Lily was found frail and covered in paint with a tangled mane. She was abused, shot more than 100 times with a paintball gun, and abandoned at a horse auction in New Holland, Lancaster County, Pennsylvania, and was believed to be headed for slaughter. 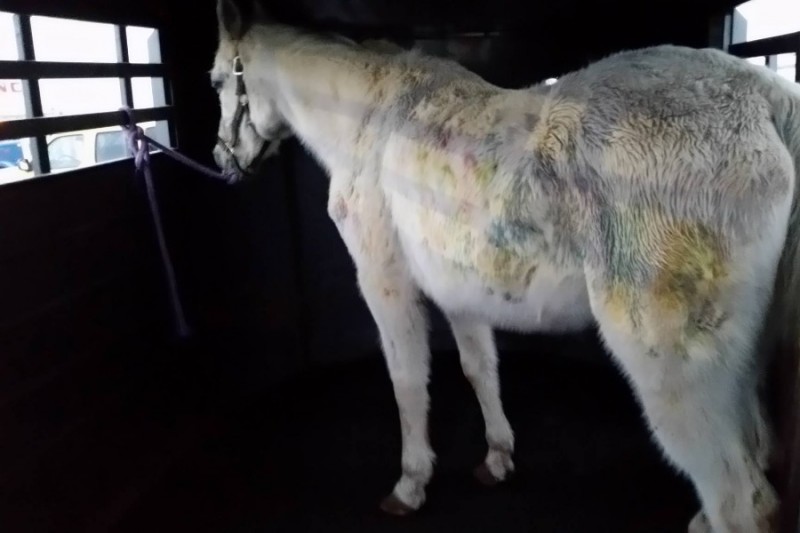 When Omega Horse Rescue’s Kelly Smith found Lily, she was in horrible condition; her eye was swollen shut, she couldn’t see out of the other one, her head was hanging down and she was extremely depressed. 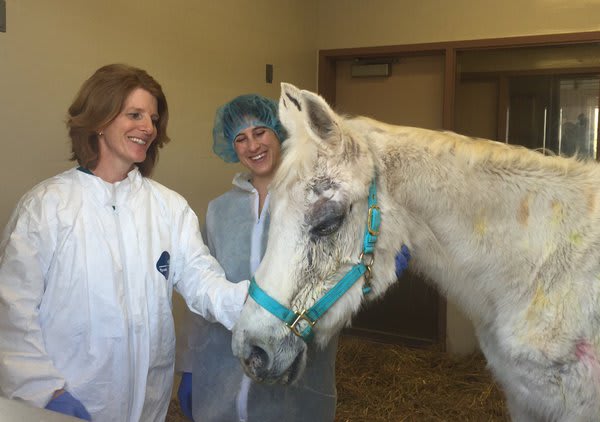 She was taken to the Penn Vet New Bolton Center Animal Hospital and then to a nearby center for rehab. Once her health was back to good standing, she was ready to find her forever home. Amazingly enough, Tracey Stewart, wife of famous comedian Jon Stewart, heard about Lily through Farm Sanctuary and wanted to adopt her. After getting the okay from her husband, they partnered with Farm Sanctuary to have their own facility where Lily will live. 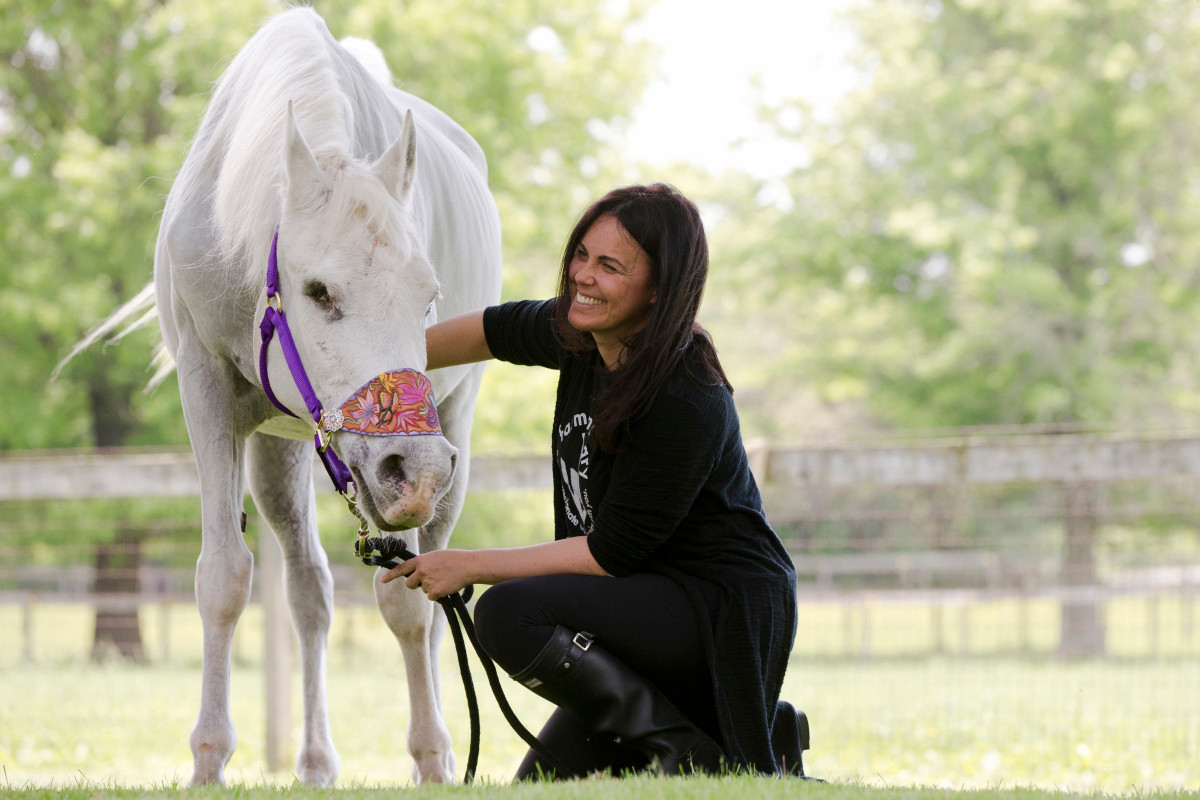 The best part? While in recovery, Lily became best friends with another horse there, named Anita, who also only had one eye. Since the Stewarts didn’t want to separate the two because of their special bond, they adopted both of them together! Now Lily will get to live out the rest of her life getting the proper love and care and also having a best friend by her side! 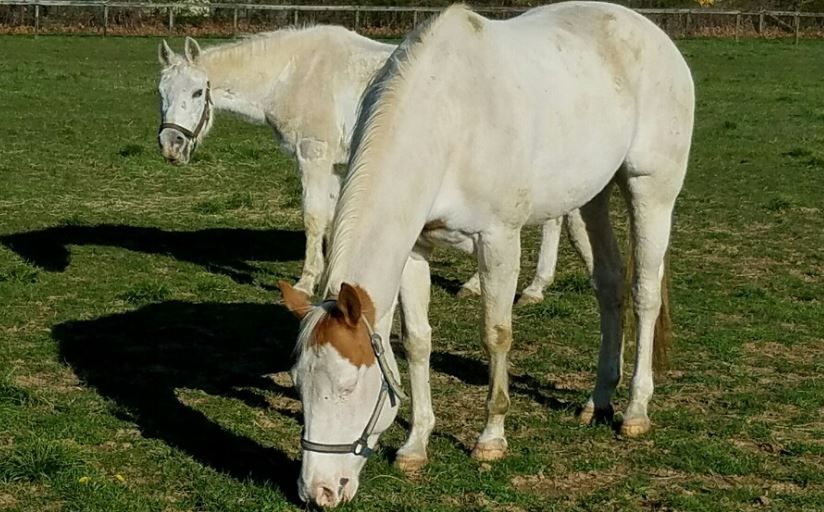 Phillip Price, 65, was charged and convicted with animal cruelty and other offenses related to transporting a horse in poor condition after Lily was found at the stables. Lily’s former owner claims the horse was never shot with a paintball gun, and that she was just painted on by children.