Firefighters of the Oaklyn Fire Department in New Jersey were dispatched to extinguish a fire threatening a chicken coop on December 30, when they received a call about a dog who was trapped nearly 150 feet out on a frozen lake.

The Shar-Pei named Lilly had wandered away from her home and was seen walking on the ice near the creek and then unfortunately wound up falling through into the freezing water. Lilly needed immediate rescuing or else she would drown. 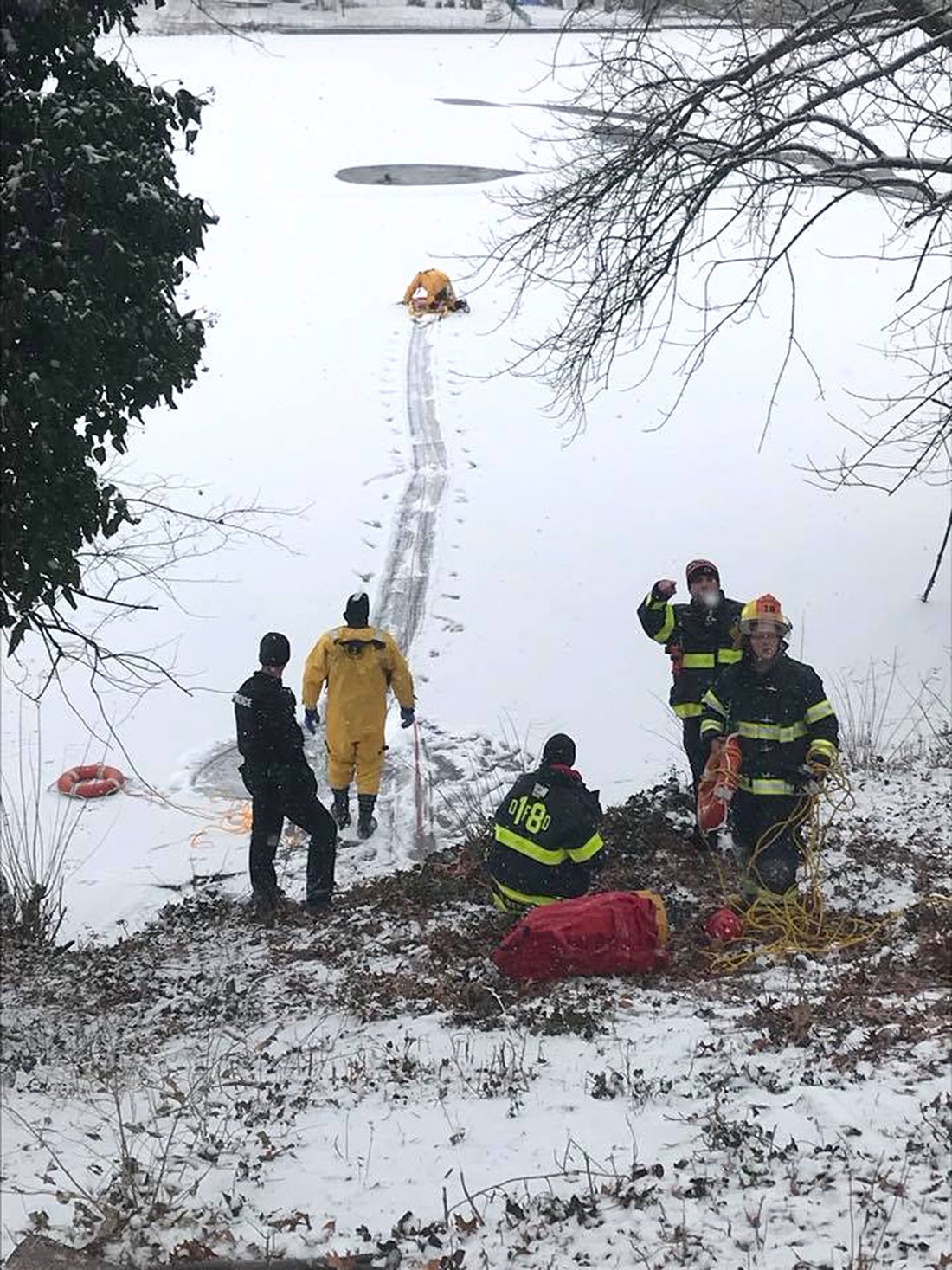 When the firemen arrived, Lilly was desperately treading water to stay afloat and seemed to be getting tired and weaker. And of course the cold water temperature didn’t help. The rescue team put on their ice rescue suits and prepared to go out onto the lake. 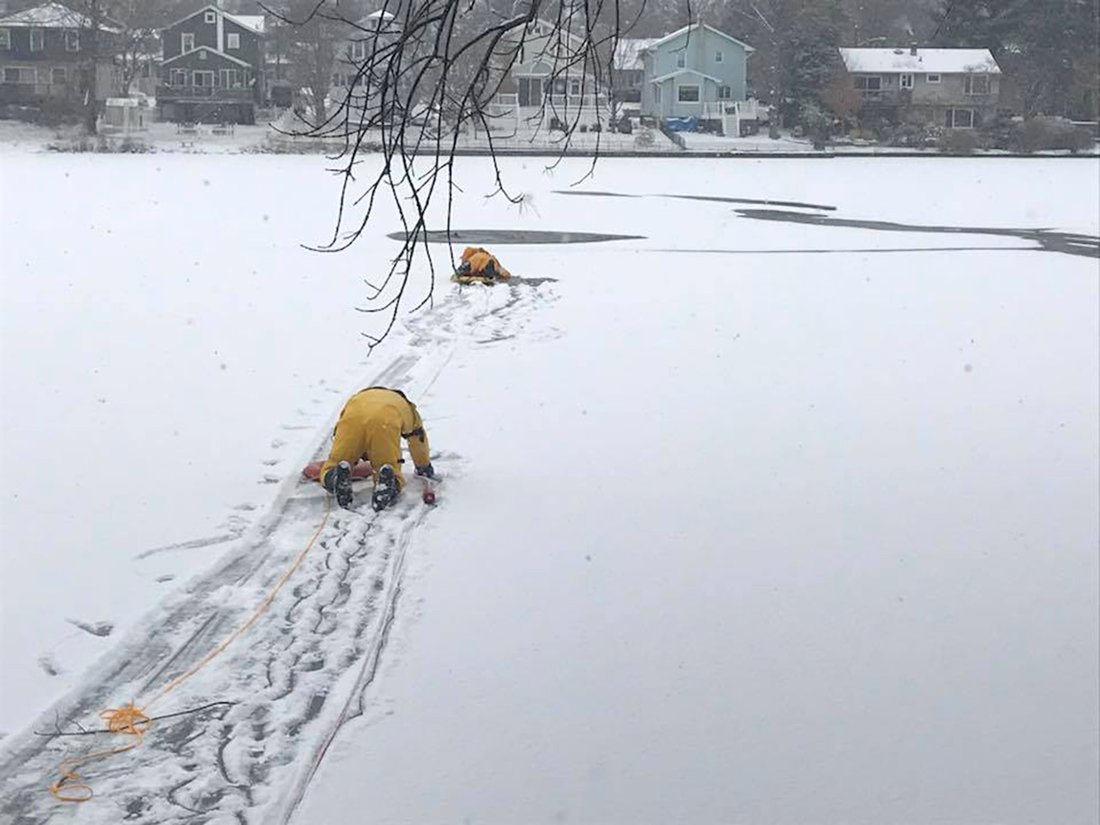 Battalion Chief Greg Grudzinski and Captain Fred Bartling were tethered off to a safety line and deployed their ice rescue sled. They carefully pulled themselves out toward Lilly and then dragged her up onto their sled. The other firemen then pulled the safety line to bring them back to shore. 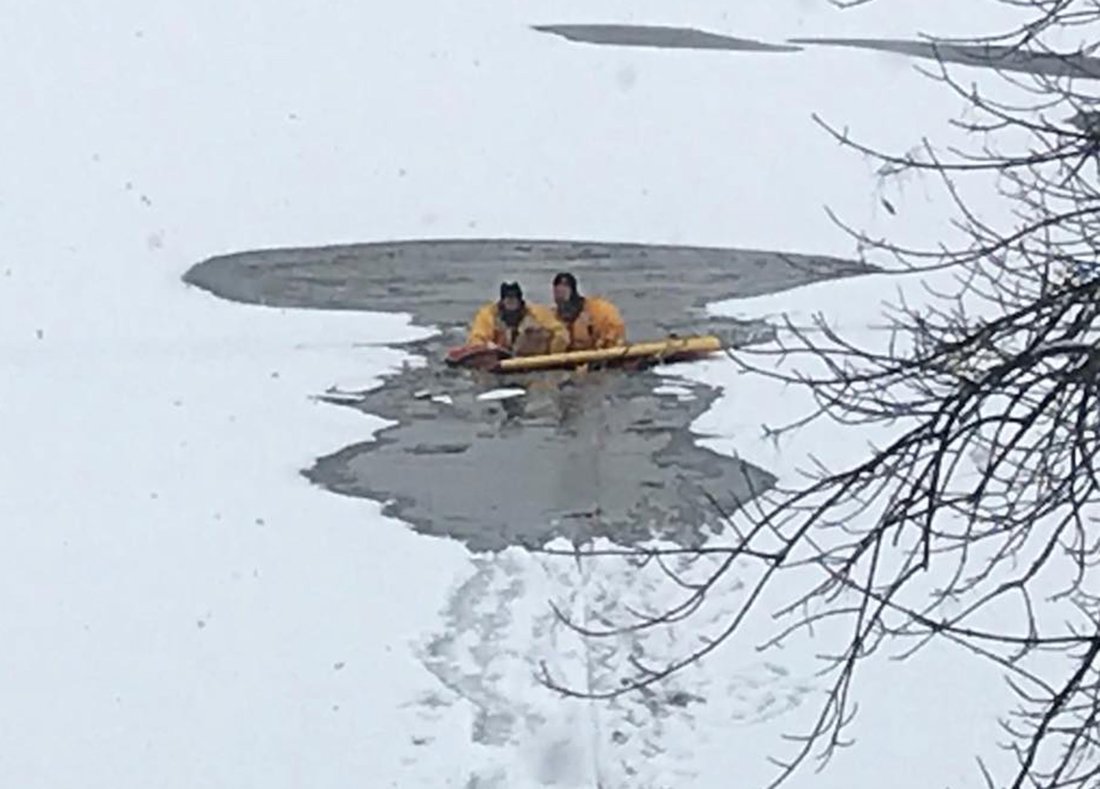 As soon as the dog was safe, they wrapped her in blankets and towels to warm her up. The Oaklyn Fire Department posted photos of the rescue online, which wound up going viral, and rightfully so! 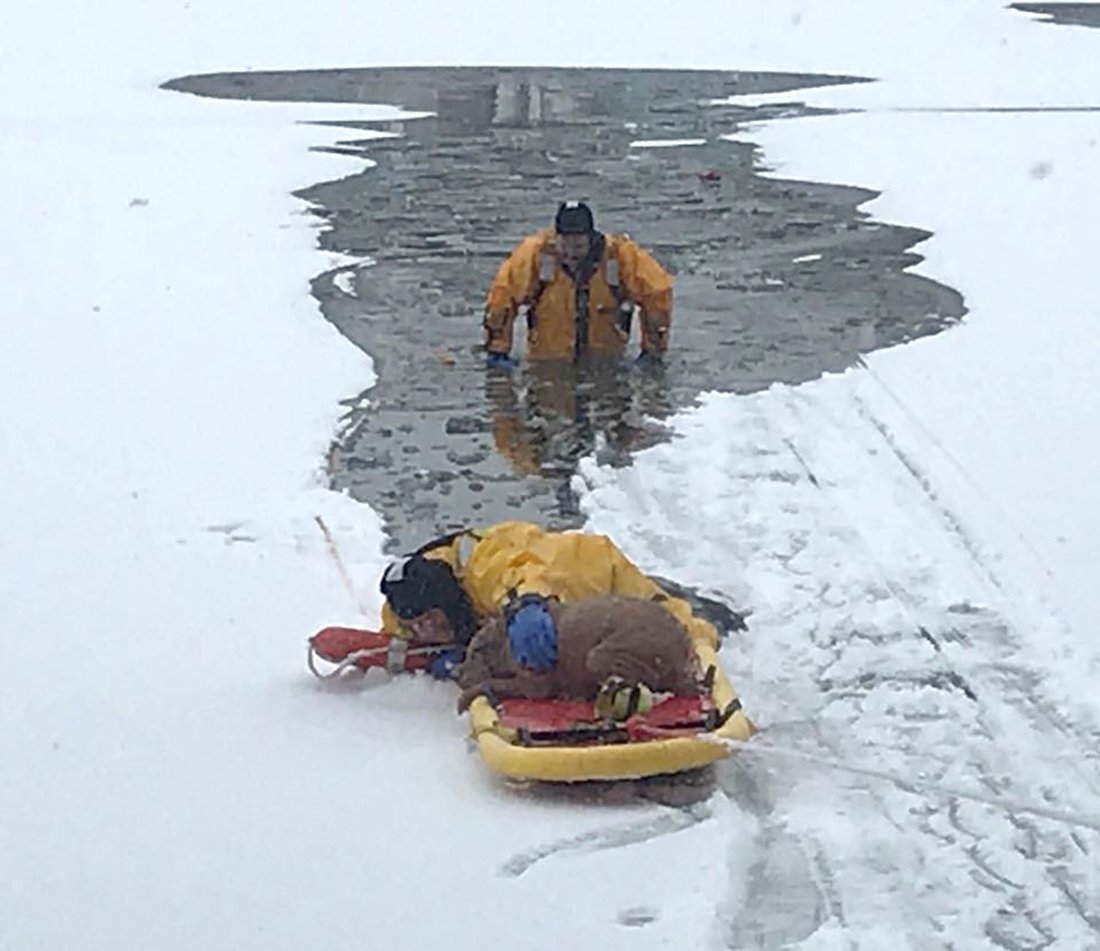 Thankfully, they found the dog’s owners and she was reunited with her family shortly after she was rescued. Lilly is now back at home and doing well all thanks to the Good Samaritan who found her and the awesome fire rescue team! 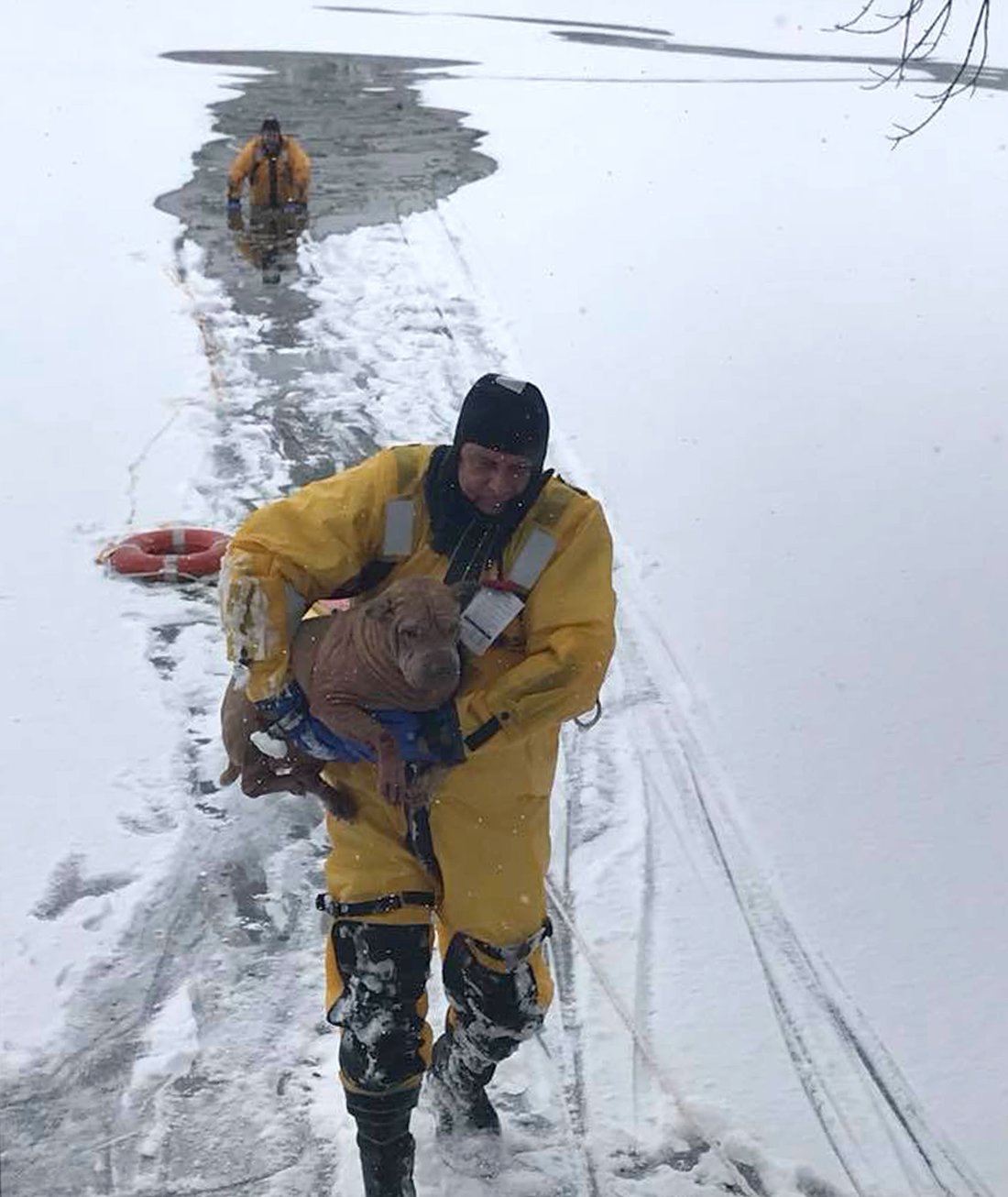 See more of the amazing rescue in the video below: