Couple Was Forced To Make A Life-Altering Decision. Then, Husband Continues To Honor Her Legacy

Thayne Hamilton and his wife, Christine, are heroes for what they’ve done for over 12 years. At his Grey Muzzle Rescue & Sanctuary in Orcas Island, Washington, he has rescued over forty elderly dogs from kill shelters in the U.S. I’m sure he’ll never tell you if he has favorites, but one of my favorites has to be Lilla. When she was rescued, she was in horrible condition and her legs were almost “glued to her stomach,”according to the video you can see below. 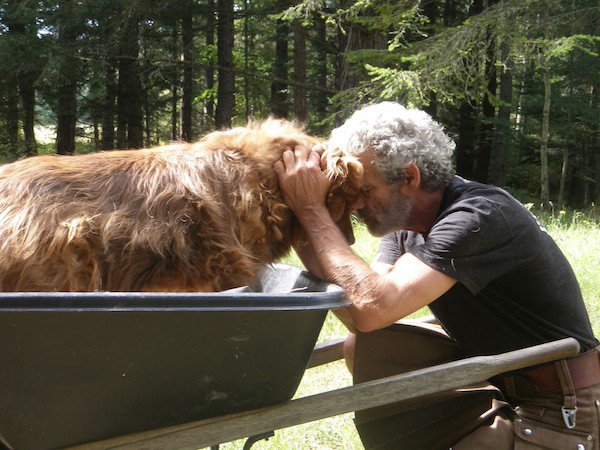 But that didn’t stop Hamilton from doing whatever he could to help her, including walking her in a wheelbarrow when she couldn’t move. Thayne is doing all that he can to help poor Lilla fully recover, that’s what his wife would’ve wanted. In 2013, Christine passed away from a terminal illness, but before she did, she made the most selfless decision ever. When she was very sick, she had no insurance to pay for rising medical costs, and had to choose between living or saving her shelter. Christine chose to keep the shelter going, leaving a husband without his best friend.

Credit: Talk It Up TV

Lilla is lucky to be alive because of great people like Thayne and Christine. He misses his wife every day, but the folks at Talk It Up TV, from the video below, are helping him out in a major way! If you’d like to support Thayne and all the great things he’s doing, you can donate to his GoFundMe Page.