Just imagine living outside on a short chain and your only shelter is a little dog house that is too small for you to even stand up. This is how a neglected dog lived for six years in Greece until she was finally rescued.

Takis, who runs an animal rescue in Crete, Greece, received a call from a woman about an emaciated dog that was chained up and needed help. Takis started Takis Shelter after noticing all the malnourished stray dogs and cats in his hometown. He refused to look the other way as so many animals suffered, so instead he devoted his life to rescuing and caring for over 300 dogs, 50 cats, 6 goats and 2 sheep. 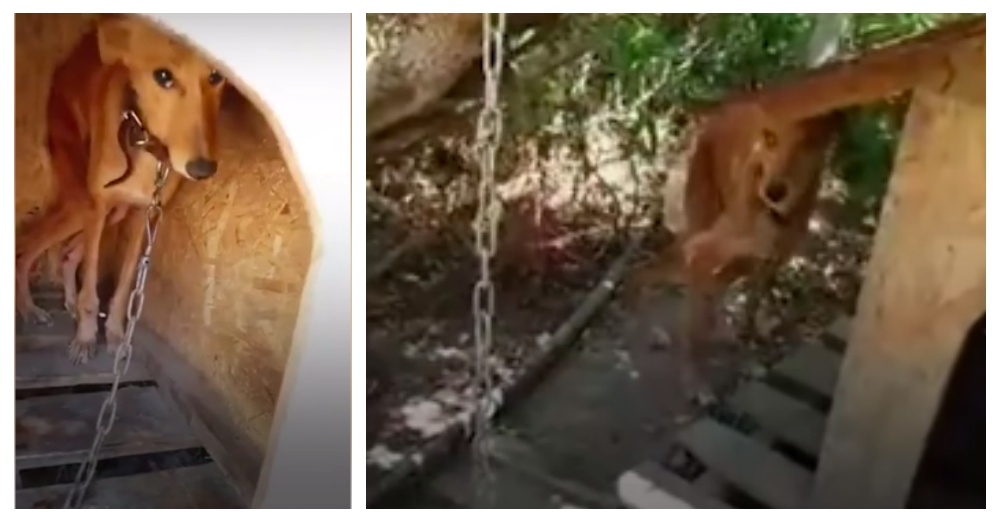 Takis arrived at the home where the neglected dog was chained and convinced the owner to surrender the dog. He slowly approached as the dog was fearful and barking. She was protecting herself because humans had never shown her any kindness.

The dog cowered in the back of her small dog house with fear in her eyes. Takis commented on how long the dog’s nails were and how skinny she was. 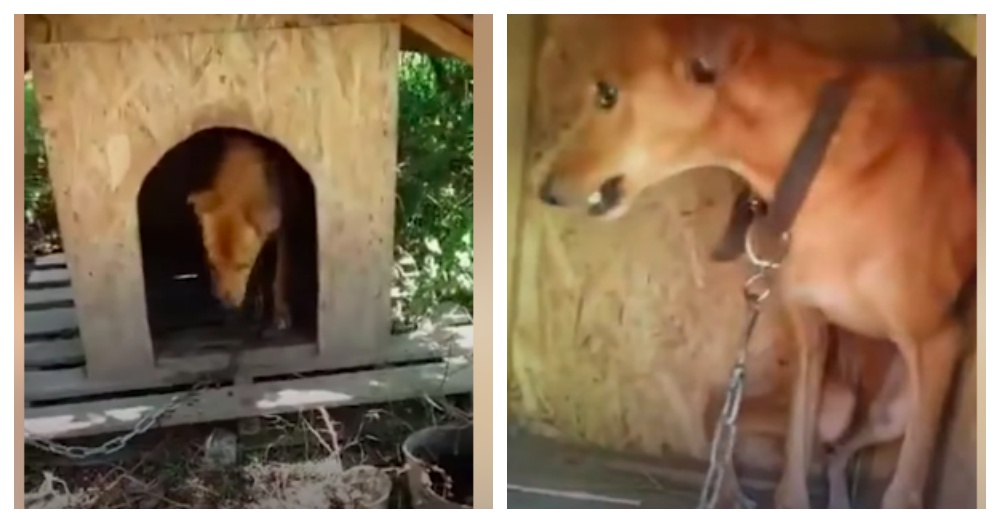 He talked softly to the dog and said, “We will be friends.” Since dogs are a great judge of character, she realized that Takis was a good man and there to help her. 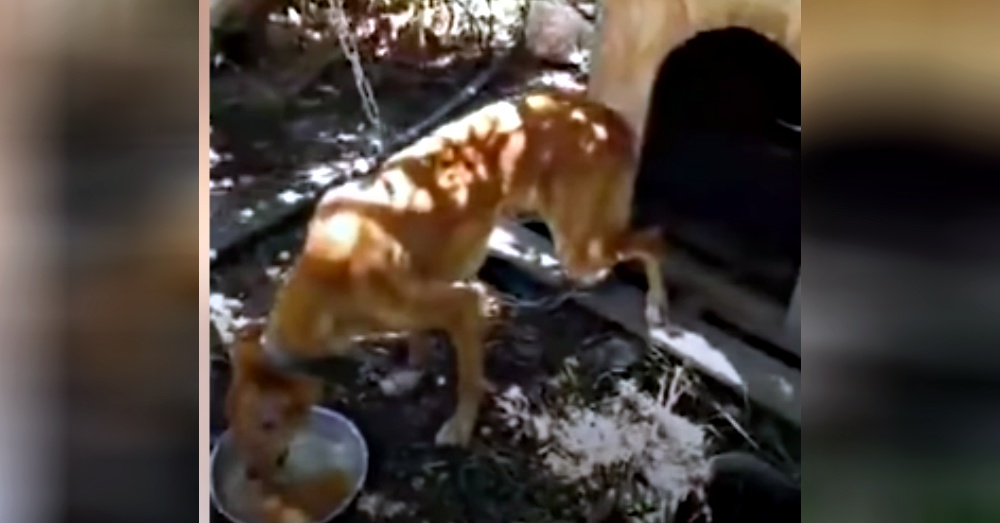 When she stepped out of the dog house he noticed that her back legs were “not normal”. He thought maybe she was born that way but Takis found out that the neglectful owners had chained her up since she was two months old, never allowing her to move freely.

He unlocked the dog, which he named Libby, from the chain and carried her to a carrier. She was finally free and would never be chained up again. 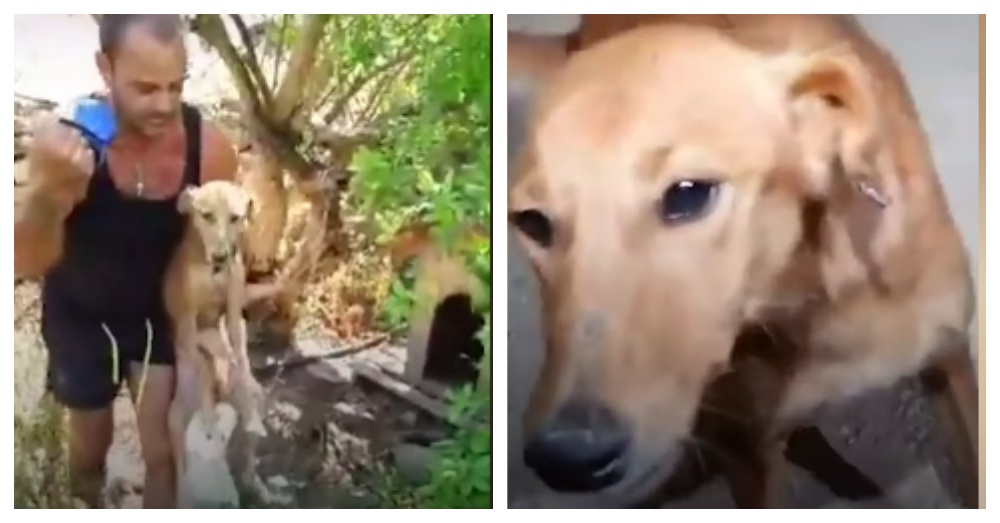 “She’s free now,” Takis says as Libby realizes that she is no longer attached to a chain and is free to walk and run at the shelter.

Shortly after arriving at the shelter, Libby started to wag her tail and play with other dogs. The light returned to her eyes and she found a purpose when she encountered abandoned puppies that just arrived at the shelter. 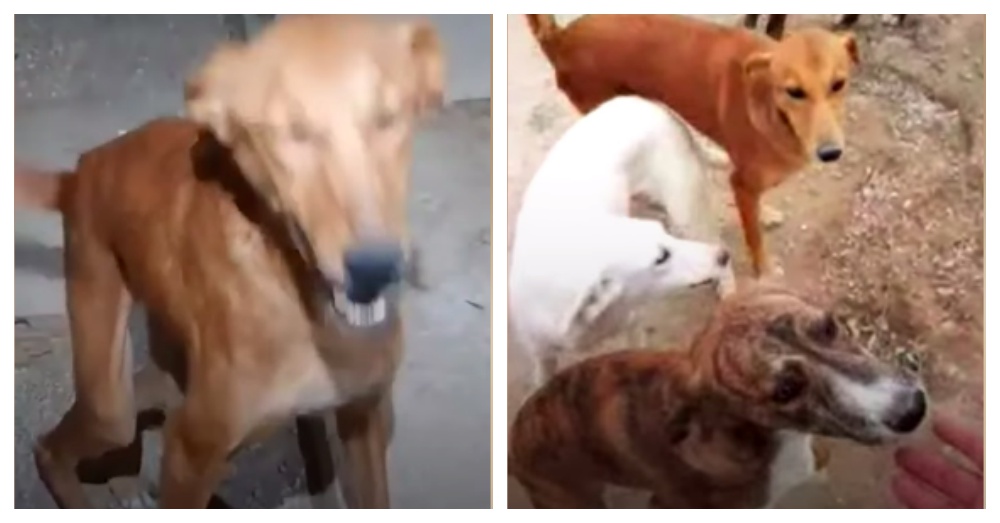 She became a mother to them and even though the puppies have now grown, they all still play together. Libby is happy and healthy and will spend the rest of her life roaming free at the shelter.

The dogs at Takis Shelter are available for adoption but only if people come and visit the shelter. Takis will not ship a dog or cat because he wants to make sure the animals never suffer again. He welcomes people to visit the shelter in Crete and adopt a loving companion or donate to help care for all the homeless animals.

Special Needs Dog That Was Returned 4 Times Is Adopted By A Man That ‘Gets Him’: Click “Next” below!