Owner Surprises His Dog With A Million Pieces Of Food

We live in a society that is very focused on social media. Everyone cares about followers to some degree. So when Liam Thompson, a New Zealand YouTuber, hit a huge milestone on his YouTube channel, he came up with an interesting celebration.

In order to celebrate hitting one million subscribers, Thompson decided he’d roll out a mukbang spread for his Labradoodle in the form of a million dog kibbles. Max looked quite pleased with the mountain of food – as seen in the video that Thompson posted to his YouTube channel. In his caption, he wrote, “Yesterday, I hit one million subscribers. And I owe a lot of that to this guy [Max]. So, I thought as a way to say ‘Hey, thanks Max’ I could buy one million dog biscuits.” 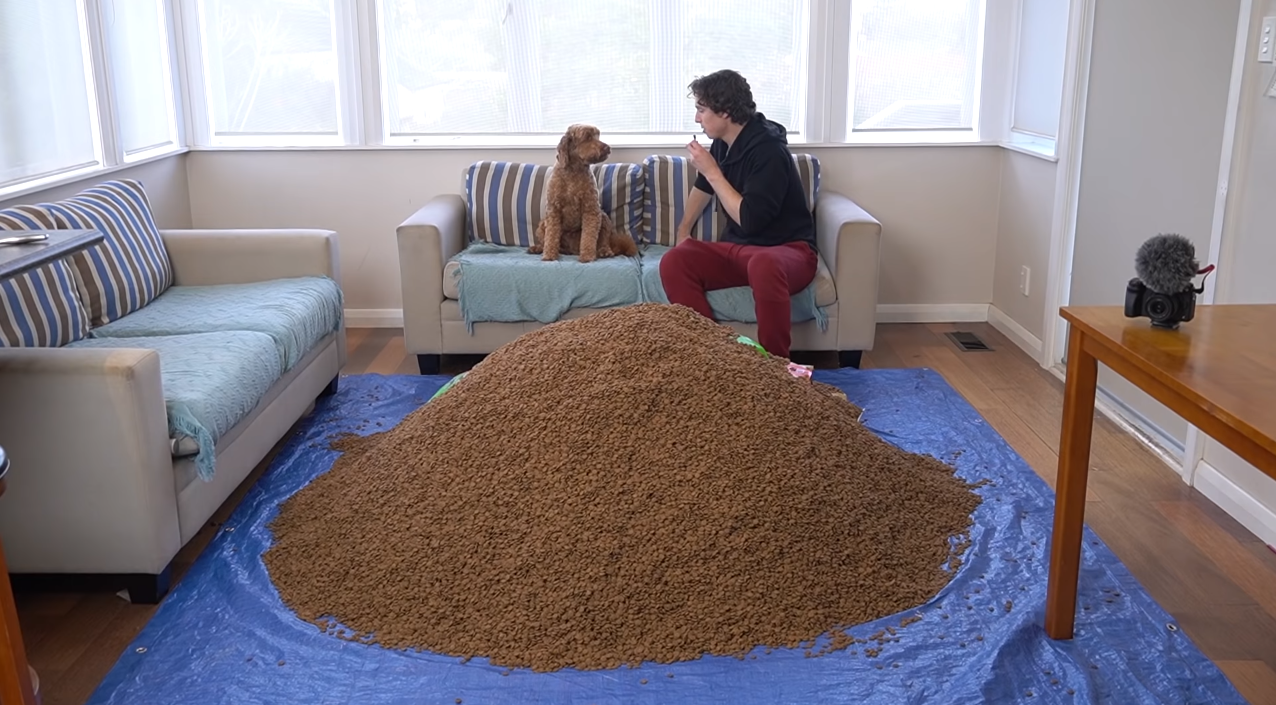 It was quite trickier than he initially thought. Counting out one million pieces of dog food isn’t an easy task. So, how did Thompson manage it? He decided to break down the mathematics to an easier calculation.

Thompson started by getting in touch with a dog food supplier in order to see whether or not they could provide food in bulk – explaining the very bizarre circumstance. He then devised a plan of counting out the contents of one bag in order to see how many pieces were in there. His reasoning was that he could then use multiplication to determine how many bags he’d need.

However, after buying a 26-pound bag of dog food, Thompson realized that even the counting of one dog food bag would end up being a monumental task in itself. Making his way through only 140 of the kibble, he ended up using math to do the rest. And after careful calculations, he figured out that he needed to buy about 29 bags. 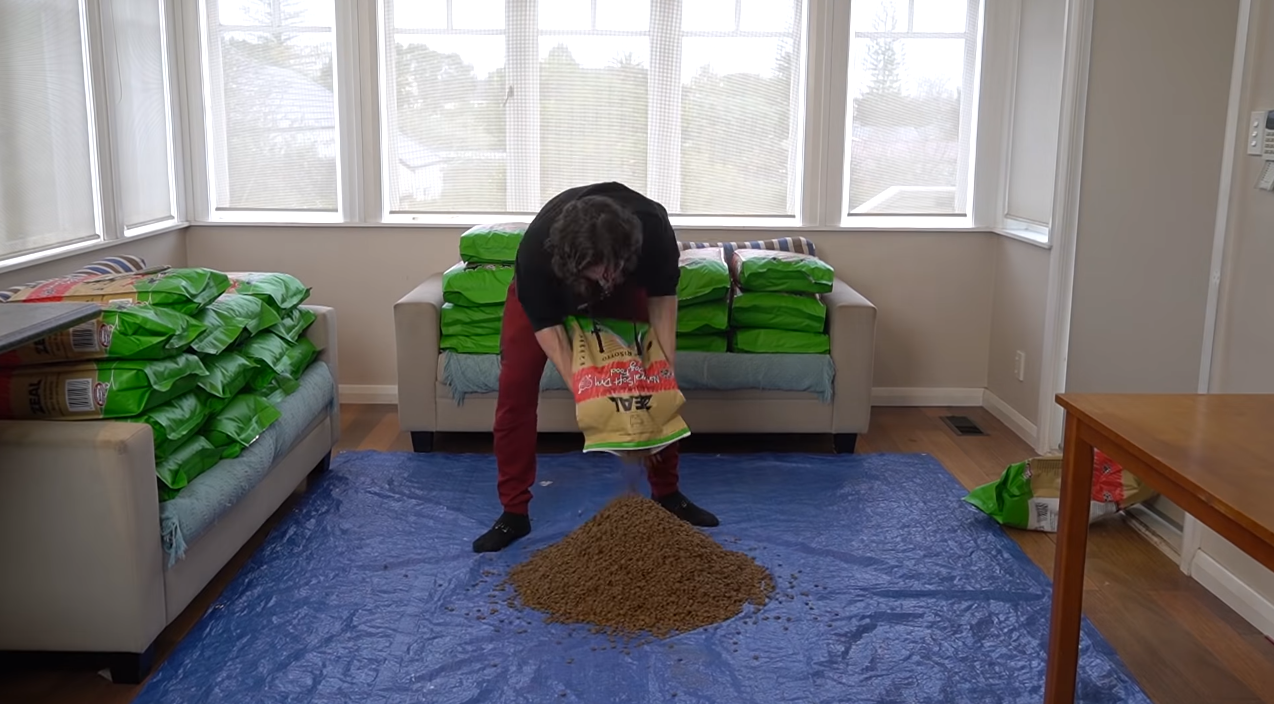 The next step of the process was the fun part: dumping all the food on his living room ground and letting Max have at it. As you can imagine, that was one delighted doggie seeing all the food before him. During the video, Thompson pointed out that if Max were to try to eat his way through the entire thing, it would take the pup seven whole years to make it through! Knowing that it would be a waste opening up all 29 bags, Thompson kept most of them sealed up in order to donate them to the SPCA – who wouldn’t accept unsealed food donations.

Watch Max go ham on the food in the video below: