Izabella St. James, who got the nickname “The Pug Queen” after her heroics of rescuing so many abused and neglected Pugs, saw two more who were in dire need of help.

It was 105 degrees outside and she saw the two pups outside on a concrete patio. Both were panting heavily and barely had any shelter from the scorching heat. The moment she saw them, she knew she had to get them out of there or else they would die. 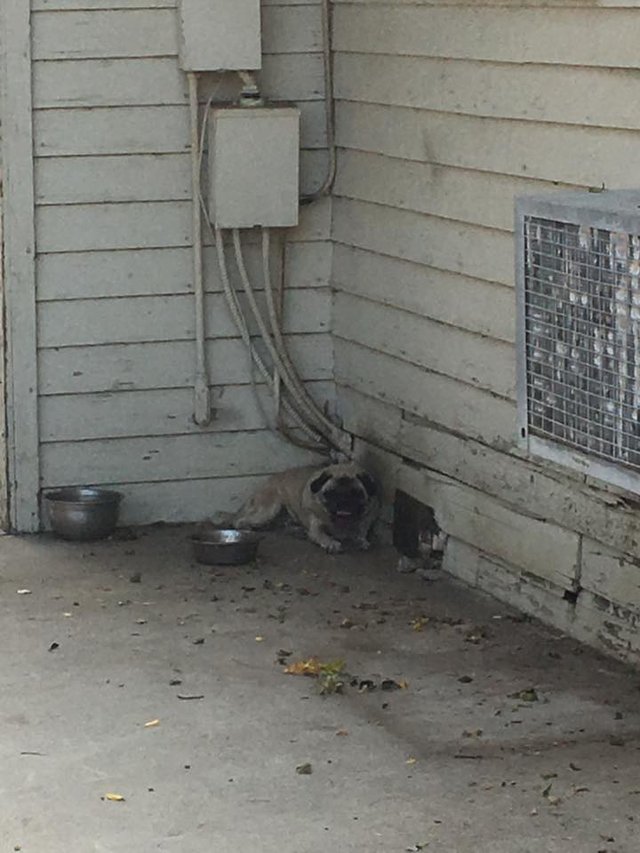 St. James heard about these two pugs from someone who contacted her through Facebook. She always encourages people to let her know about dogs who need help so that she can do her best to save them. The woman who informed her about these two pugs said that she drove past them every day and that they had been outside for years in all different kinds of horrible weather. 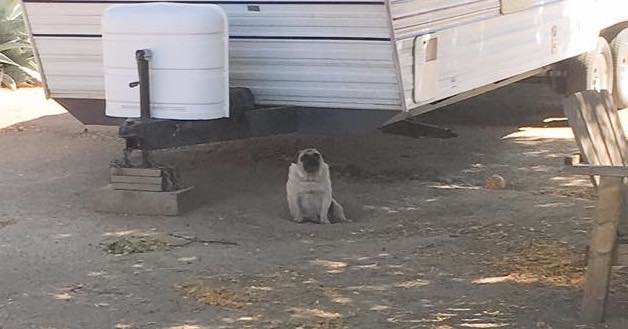 When St. James got to the property, she walked closer to the dogs, who are now named Lewis and Clark. Lewis had dug a hole in the dirt that he was sitting in to stay cool. Clark, on the other hand, was visibly sick. He was lying there in bad shape, and St. James actually thought he was dead. 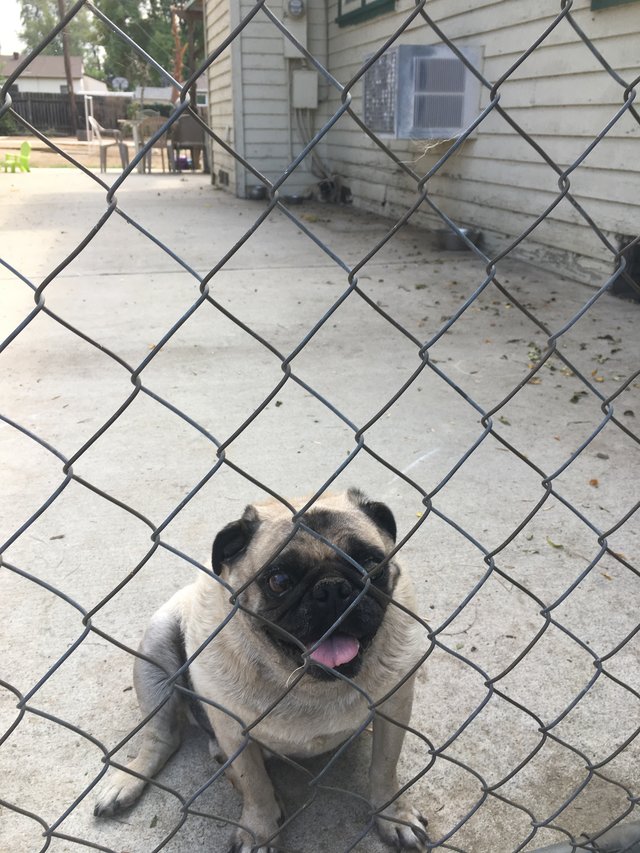 She knocked on the owner’s door to find out if she would be able to get these dogs help. When an older man answered the door, she introduced herself and said she was willing to buy these dogs to get them out of the heat since they were suffering and could barely breathe. 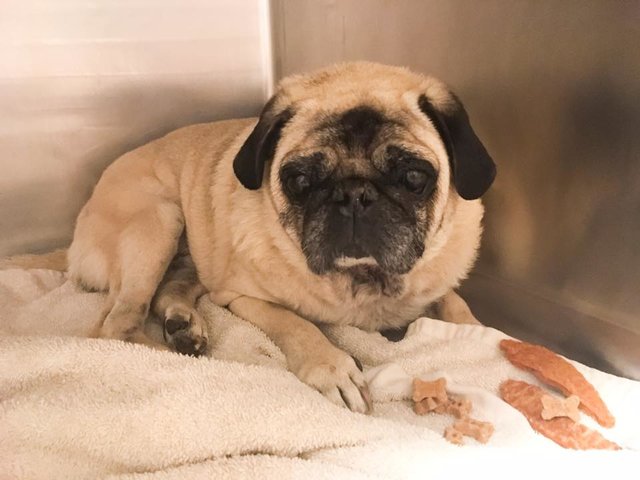