A Shelter Wanted To Euthanize Him! Instead, Rescuers Turned Him Into One Fine K-9 Officer!

Say hello to Leonard! He’s a pit bull with a very important job. He just happens to be the first ever pit bull in the state of Ohio to be a part of the police’s K-9 Unit. And while he’s currently living a happy life, that wasn’t always the case.

When he was living in an Ohio shelter, he had been declared unfit for adoption because he, apparently, loved his toys a bit too much. Because of his unadoptable status, the beautiful pup had almost been euthanized. Thankfully, the Union County Humane Society decided to step in. And as luck would have it, turns out his unquenchable desire for things to play with made him the perfect candidate for the local K-9 unit. 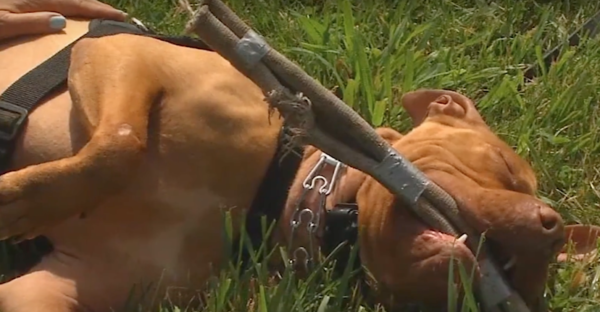 Leonard enjoys working with the K-9 unit and his partner, Clay Township’s police chief. When on the job, Leonard is responsible for finding hidden narcotics. But when he’s not on duty, his only responsibility is to play with his beloved toys. His favorite toy just happens to be a fire hose! While this may seem like a strange toy choice, the old piece of fire hose is used as a reward for a job well done. And when he isn’t using his nose to locate narcotics or playing with his fire hose, Leonard is busy loving life as a lap dog. His life took a turn in the right direction and his happiness is all thanks to the Union County Humane Society for giving him the chance he deserved. 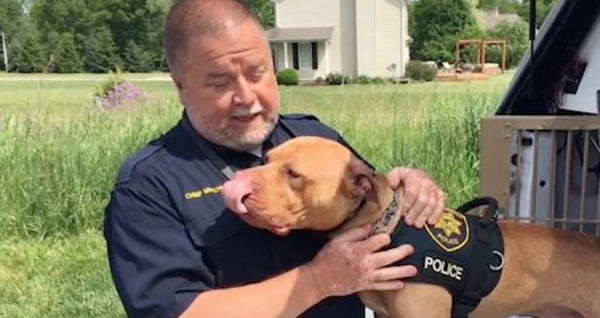