People Complained About Stray Kitten At Law Organization, So They Made Him A Lawyer

Kittens are irresistible with their adorable faces and wild antics. They demand attention and affection but on their own terms. While most people would love to have a kitten greet them every morning at work, others feel the need to complain.

A stray kitten in Brazil took shelter in the Order of Attorneys of Brazil (OAB) reception area during a storm. When the tiny kitten – later named Leon – decided to stay, some people started to file complaints. They complained that the kitten was in the way and had no place in a “serious institution”.

The board met to discuss the complaints and came up with a solution – which was to hire Leon. 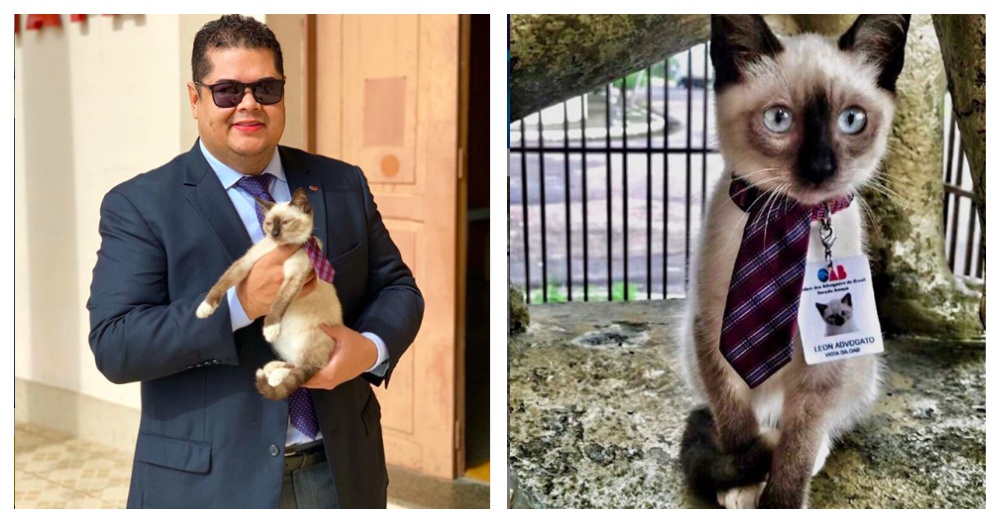 Dr. Jeanette Laredo posted, “In order to avoid some new complaints the board gave the solution: Hire the cat as an employee…so, now it’s official this little fellow is responsible for welcoming the newcomers ( whether they like it or not).” 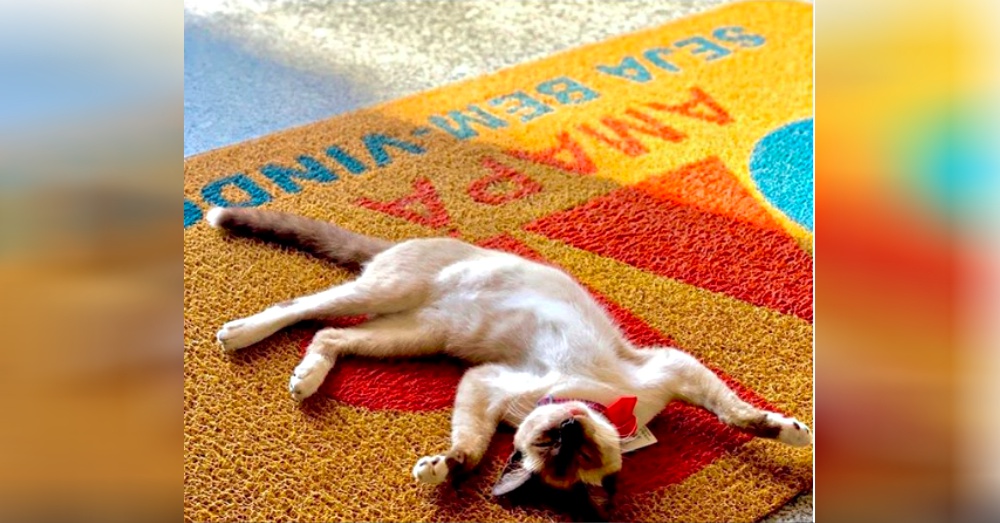 OAB is taking good care of Leon and providing him with food, an employee badge to make it official, and the freedom to roam the office. When he is not charming and greeting guests, he is playing with his toys on his favorite spot, President Auriney’s sofa. 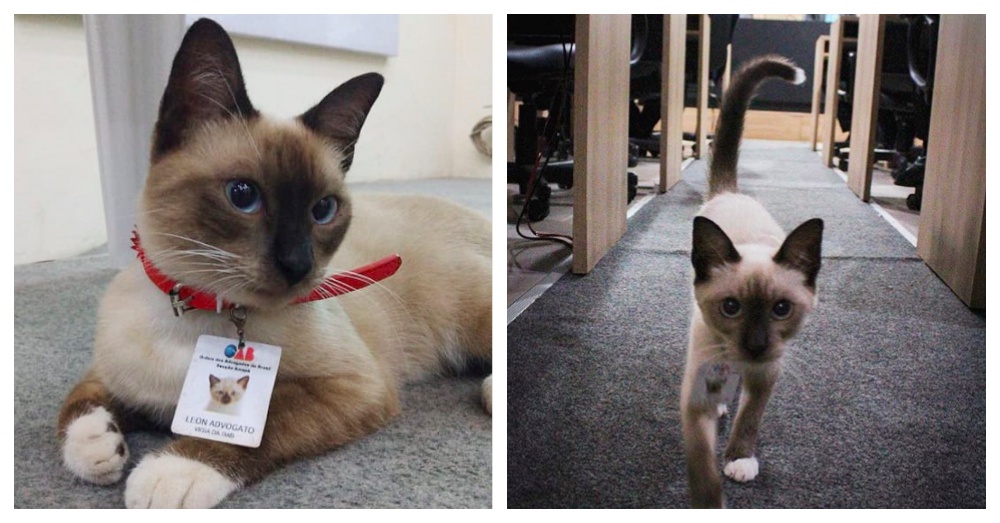 Leon was neutered and examined by a vet that found his vocal cords were damaged due to “suffering as a baby”. He hardly meows but is adored by all – even by some of the employees that complained. The resilient kitten inspired the OAB to start an animal rights institute. 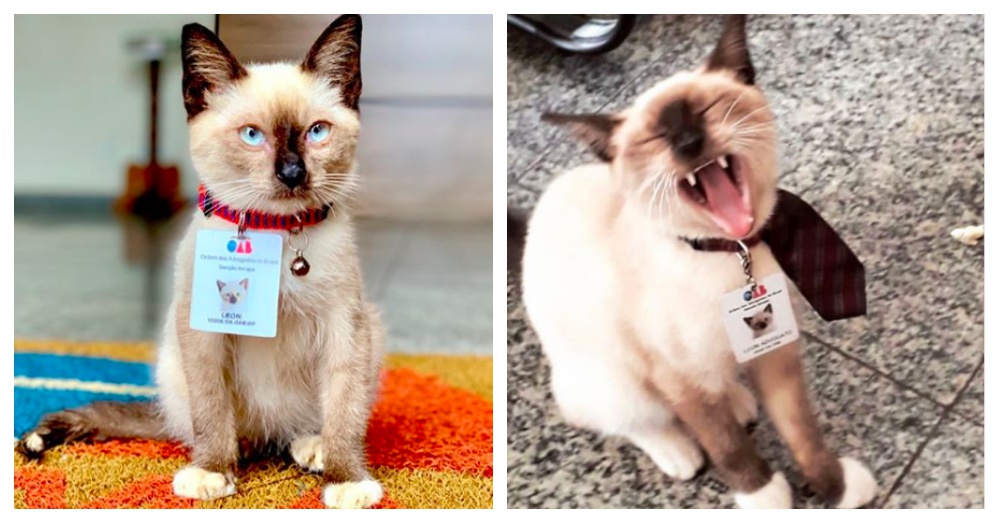 “We are finalizing the documents to launch an animal rights institute. It’s called Instituto Dr. Leon. Unfortunately, we cannot house all [the animals], so we will fund the NGOs in town. We will be an example for Brazil [to follow],” Leon’s representatives told Bored Panda. 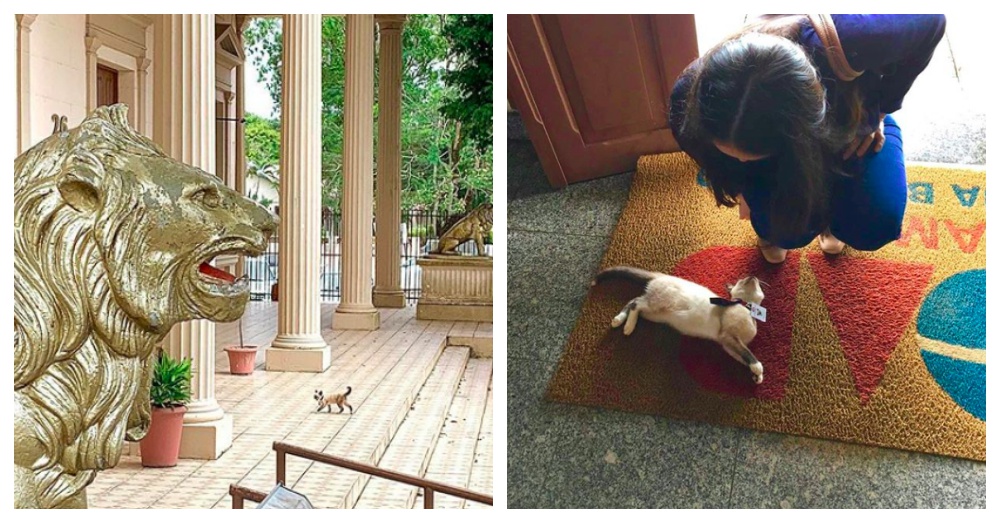 The friendly feline made the day of so many people that he recently received a promotion to lawyer. He has his own Instagram page so fans can follow him on his journey. He already has over 40,000 followers with many saying they would hire him as their lawyer.

One person said, “The most trustworthy lawyer.” Another couldn’t help but write, “Attorney at paw.”

Bride And Groom Can’t Stop Laughing When Goofy Bulldog Steals Spotlight At Wedding.: Click “Next” below!