A person was driving when he noticed a tiny, sick kitten in the middle of the street. He immediately picked him up and rushed him to Coral Springs Animal Hospital in Florida. 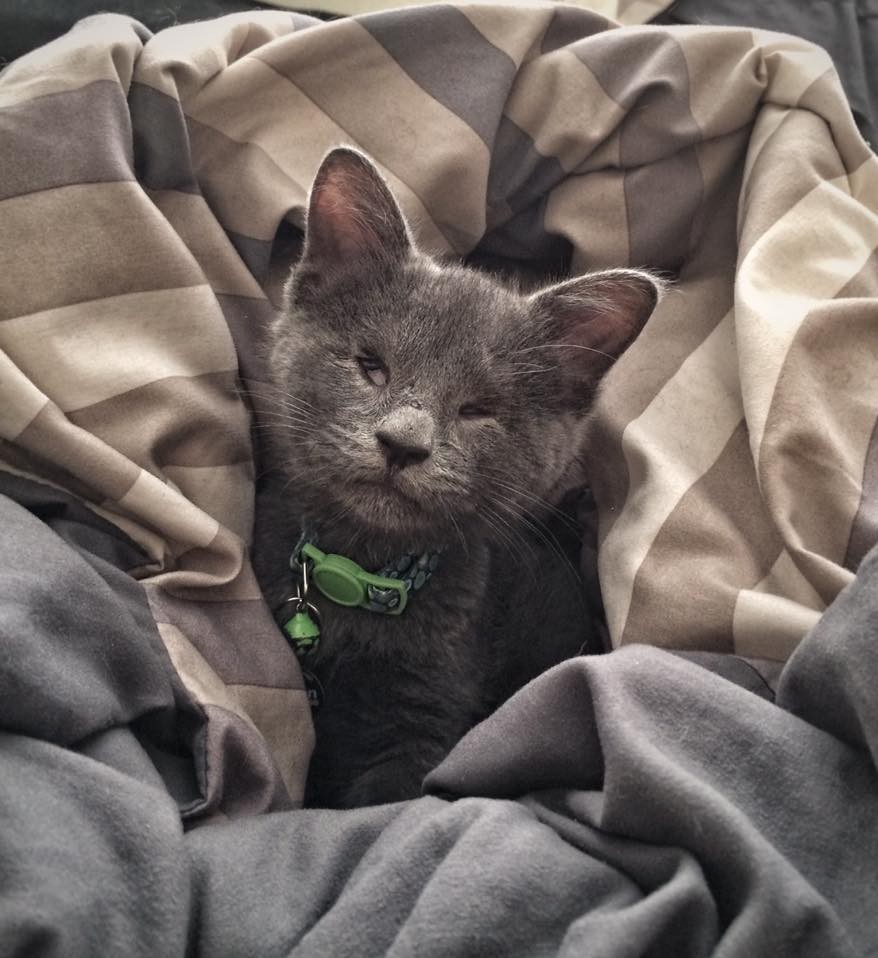 A staffer knew the two-month-old kitten was in bad shape and would be euthanized at a shelter, so she adopted him herself. 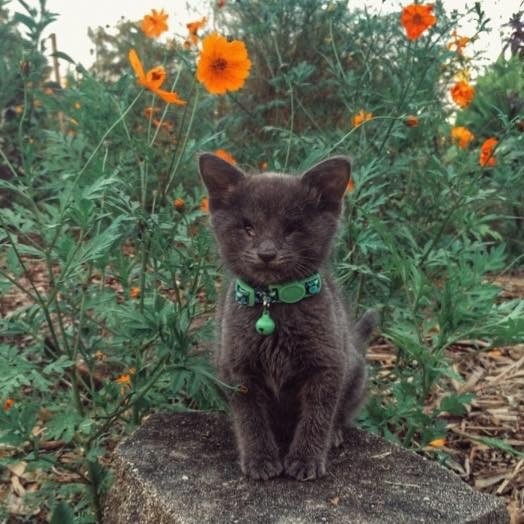 It turns out that the kitten, who they named Lemon, has a severe heart condition and is also blind. Because of his diagnosis, they didn’t think he’d live past a few months. 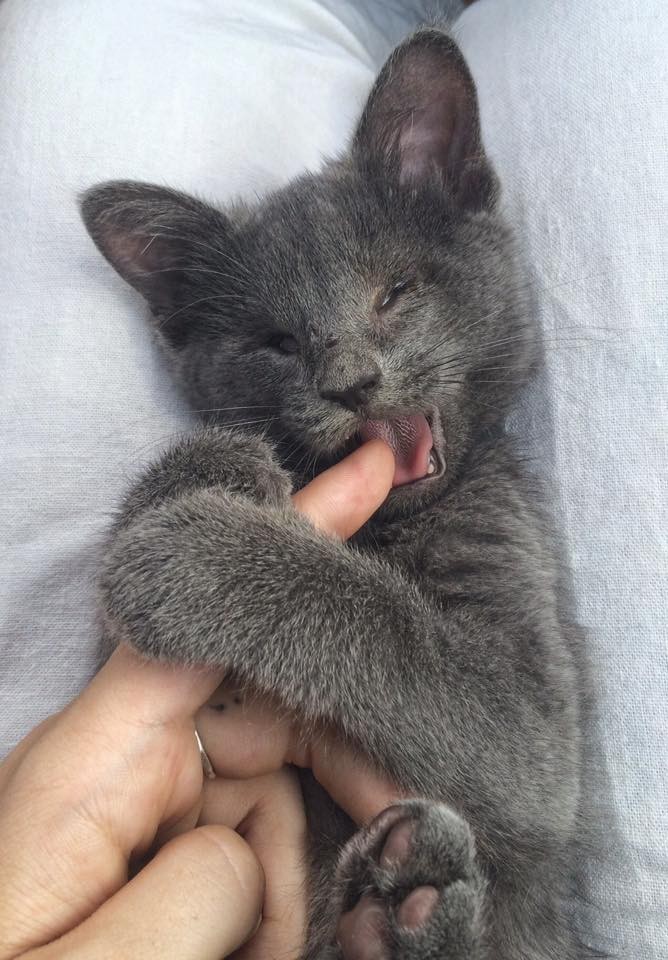 Despite his heart condition and not being able to see, Lemon is an extremely happy little kitty and is also very affectionate. He loves to snuggle, give kisses, and play. 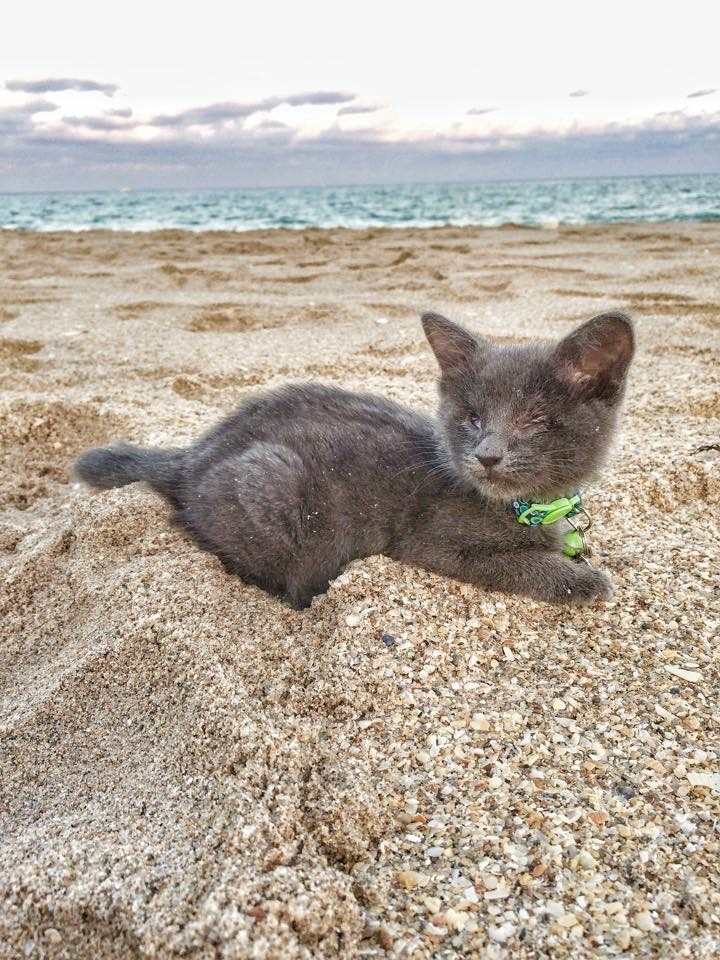