He Was Mutilated By A Breeder, But Prosthetic Paws Gave This Disabled Dog A Second Chance

Brutus began his life in the most horrific way imaginable. Born in a puppy mill, Brutus was left outside in the cold as a puppy, leading to severe frostbite on all of his paws. Rather than take him to a vet, the mill operator amputated Brutus’s paws himself, leaving the tortured dog disabled and unable to move around on his own.

Brutus was eventually rescued and adopted, but quickly surrendered again due to the difficulty of caring for a physically handicapped animal. There was very little hope of Brutus ever finding a home that could give him the love he needed. 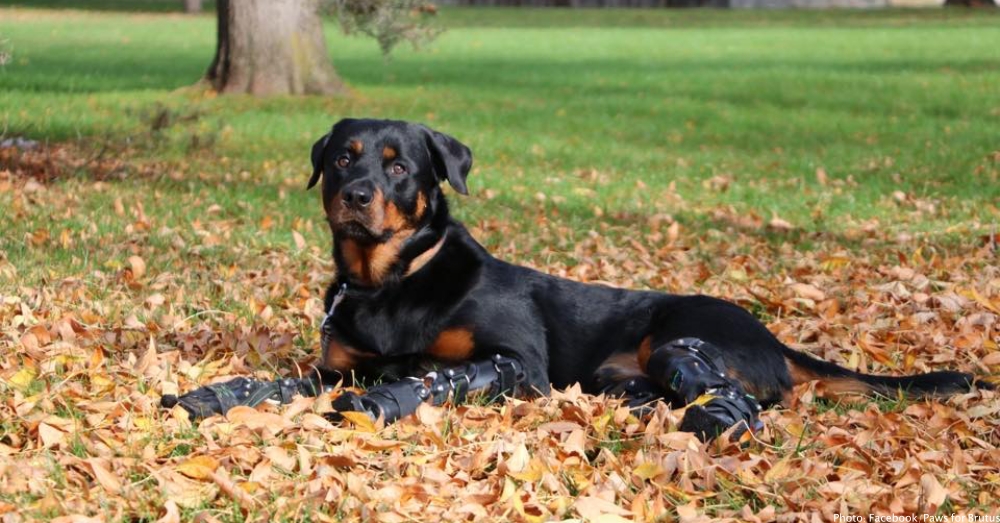 Finally, the long-suffering dog caught a break with the help of a loving foster mom. Laura Aquilina of Loveland, Colorado, put together a GoFundMe campaign for Brutus, aiming to raise around $11,000 to outfit him with prosthetic limbs.

It seemed like an impossible amount of money, but Colorado’s dog-loving community quickly rallied to help Brutus live a more normal dog life. Before long, Aquilina had met – and exceeded — her goal. 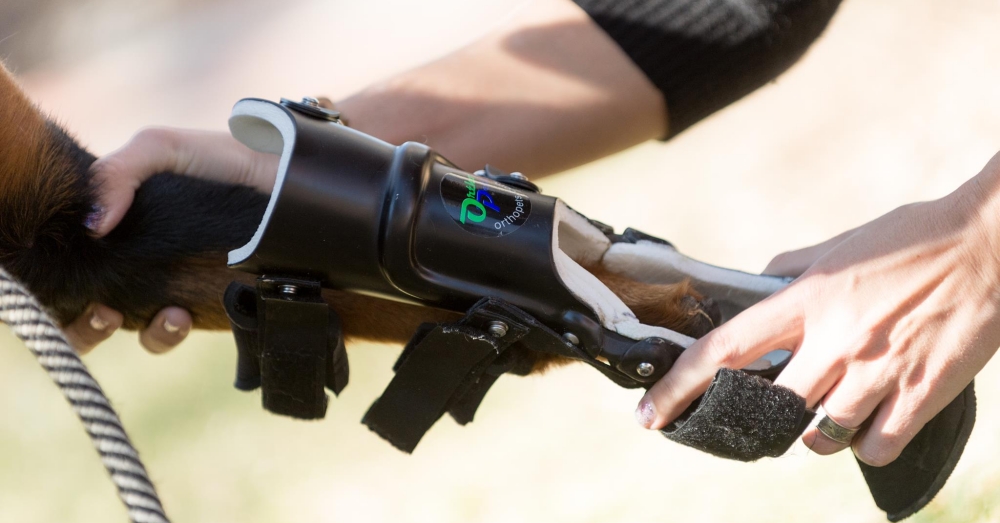 Brutus’ new family helped him learn to walk again with the help of four new limbs. This wasn’t easy, but after many months of rehabilitation, Brutus is finally able to run and play with the other big dogs! Today, the only hint of the dog’s rough start to life is a slight limp. 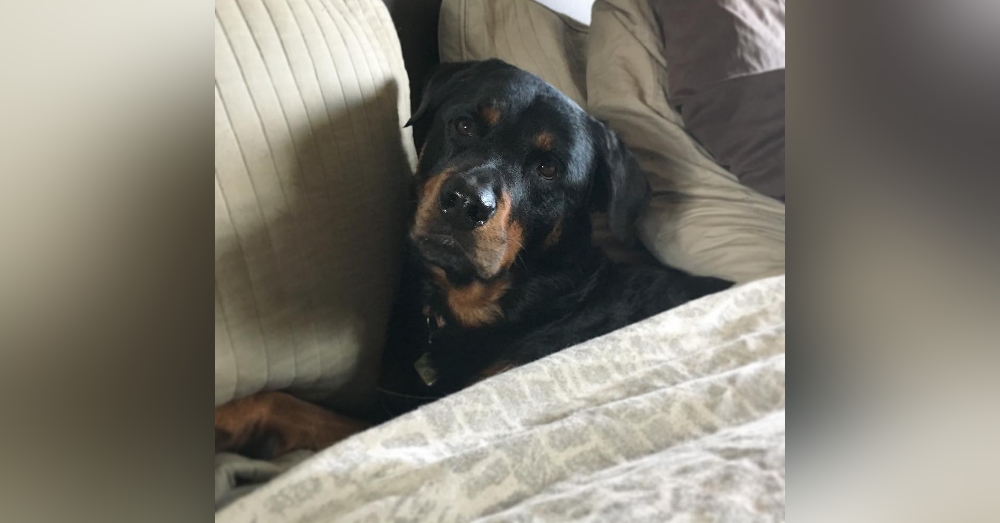 We love this story, because it just proves that no animal is hopeless. Even a frostbitten puppy without paws can blossom into a happy, healthy dog with some help from humans willing to give them another chance!

See how well Brutus gets around in the video below!