Scared Dog Was Living Under A Car. Watch How A Rescuer’s Loving Patience Helped Her Trust Again

Hope For Paws was alerted about a stray Pit Bull who was in desperate need of saving. They were told that the dog was bleeding, so rescuers rushed to the scene as fast as they could.

When they got there, they found the dog lying down underneath a car. She was very scared, so they needed to do the best they could to gain her trust. She let them pet her, but she was still extremely nervous. The more pets and rubs she received, the more she realized that these people were there to help her, not hurt her. This helped her feel more relaxed and less frightened. 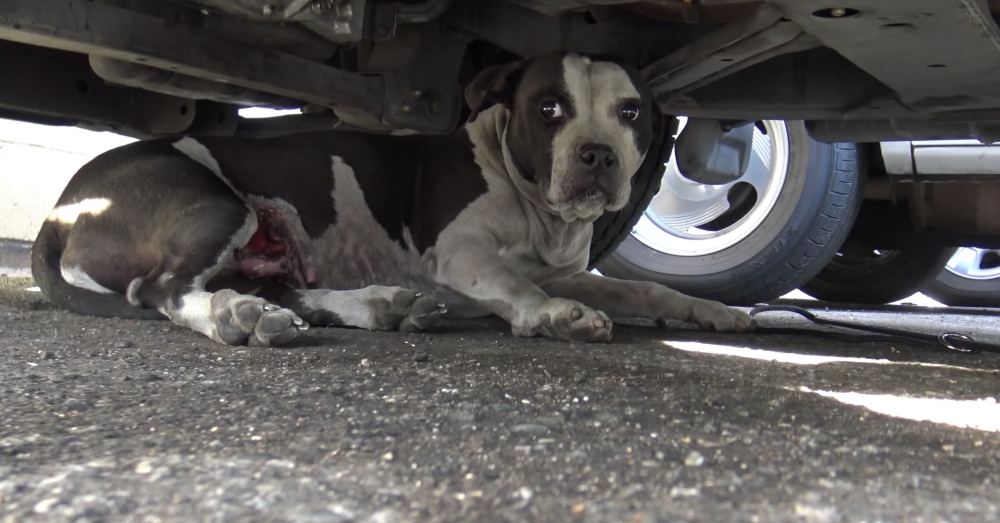 They then placed their famous lucky leash around her neck and lured her out from other the car. She surprisingly cooperated and followed him out. He sat down and called her up onto his lap, and she crawled right up without hesitation! She’s one of the sweetest dogs I’ve ever seen!

Since she has been a stray, it’s unknown how long she has gone without human contact, or if she’d even ever received any at all. Despite what she’s been through, she was very friendly and seemed relieved and happy to finally feel some love. 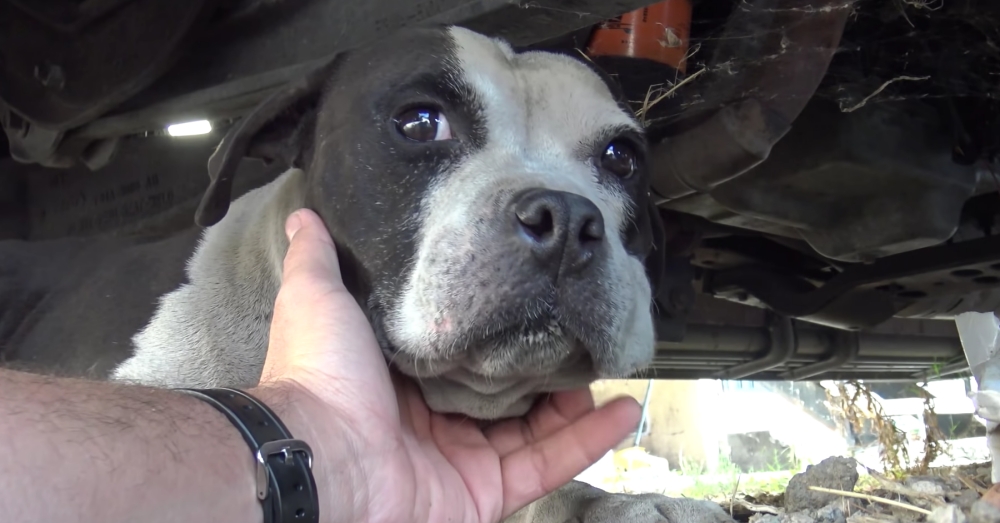 The dog, later named Leesa, put her paw up on his leg as if she were hugging him. She even gave him a lick on the face! She was definitely hugging and kissing him to thank him for saving her.

The bleeding turned out to be coming from a large mammary mass that had ruptured. These could occur when a dog doesn’t get spayed. They brought her back to the clinic where they performed surgery to remove the mass and then spayed her. After that, she had a loving foster waiting for her!

It’s incredible how much love dogs still show, despite the hardships they’ve been through. Lees has every right to be untrusting of humans, but she isn’t! It’s unknown how Leesa wound up on the streets or how long she has been there, but what matters most is that she’s now safe!