Skittish And Hiding In An Underground Sewer, This Pup Gave Her Rescuers A Difficult Time!

When Hope for Paws animal rescue was called about an abandoned pup living under a Los Angeles freeway, Eldad Hagar and Lisa Chiarelli rushed to the scene. When they arrived, the duo began searching the gated area that the pup was last seen in. At first they found nothing. But as it turns out, the little pup was hiding among them in plain sight. She had curled up in a grassy area and was sleeping. Not wanting to wake her or scare her off, Eldad and Lisa stopped their approach and backed away slowly. They were able to go back and grab rescue equipment without waking her, but as Lisa got near her, the pup bolted.

Eldad and Lisa couldn’t get anywhere near this cutie, she was just too skittish. Anytime they made a step in her direction, the pup fled the other way. This continued to go on and on until the pup managed to seclude herself in a tiny underground sewer that neither Eldad nor Lisa thought they could get into. So the rescue duo decided to split up and approach the sewer entrance from both sides. With a lot of coaxing, Eldad was able to secure a long leash around the pup’s neck. With that part down, it was time for the very difficult task of getting the pup to leave the sewer. 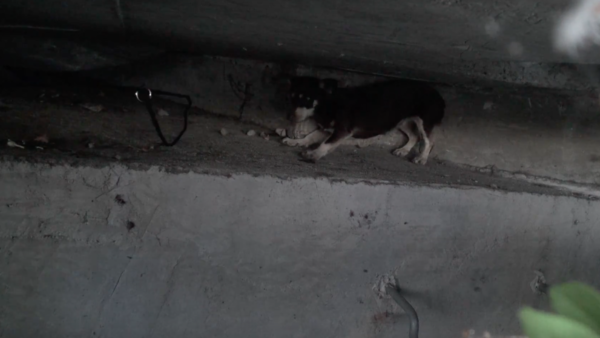 While Eldad distracted the pup, Lisa was, surprisingly, able to shimmy her way into the sewer’s tiny entrance. But this pup still wasn’t having it. At every attempt they made, the pup resisted. Fearing that the pup would fall off the ledge of the sewer, Eldad made the decision to pull the pup to safety using the leash while Lisa cleared the way. She came out her hiding spot, kicking and screaming, but eventually Eldad and Lisa were able to calm her down. 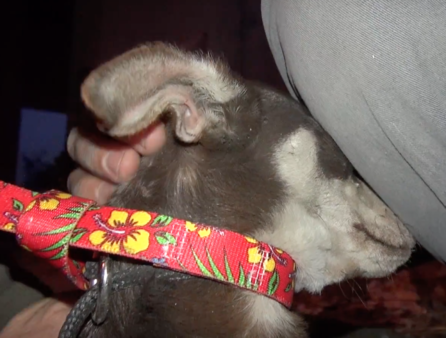 With lots of patients and lots of love, Eldad and Lisa were able to pick this pup up and bring her to the Hope for Paws facility. There, they checked her out, gave her a nice bath, and named her Leah. At the facility, Leah began to make friends with the other rescue dogs and was given the second chance at happiness that she deserved. Now all she needs is to find her forever home! 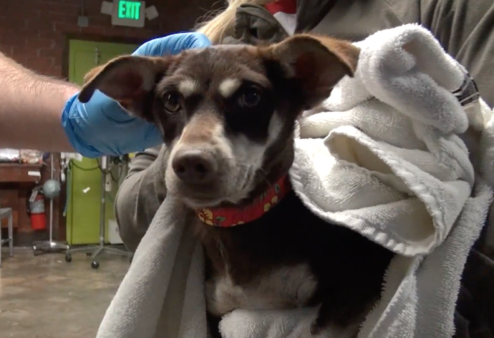