Zoom is a convenient video conferencing tool that many have been using to communicate, including the 394th Judicial District Court of Texas.

However, most lawyers appear in a suit and tie – not as a cat.

Rod Ponton, a county attorney in Presidio County, Texas, signed on to Zoom for a hearing on Tuesday and appeared as a cat. He was unable to figure out how to turn off the cat filter and the hysterical result led to the video instantly going viral. 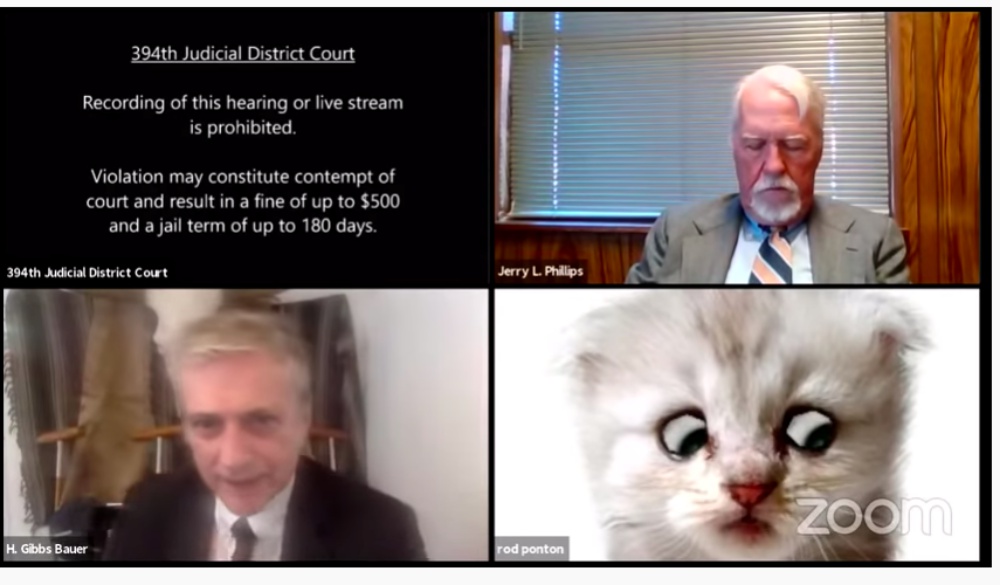 It took him over a minute to figure out how to turn off the filter with the help of his assistant and the presiding judge. As if the big-eyed cat mouthing every word he said wasn’t funny enough, the dialogue was even better.

Judge Roy Ferguson kept his composure and informed Ponton that he had a filter on. “Mr. Ponton, I believe you have a filter turned on in the video settings.”

The other lawyer, H. Gibbs Bauer, put on his glasses and came closer to his screen after hearing this and somehow resisted laughing, although I’m not sure how.

A flustered Ponton replied with, “Aughhh. Can you hear me judge?”

The other man on the call, Jerry L. Phillips, also kept a straight face. 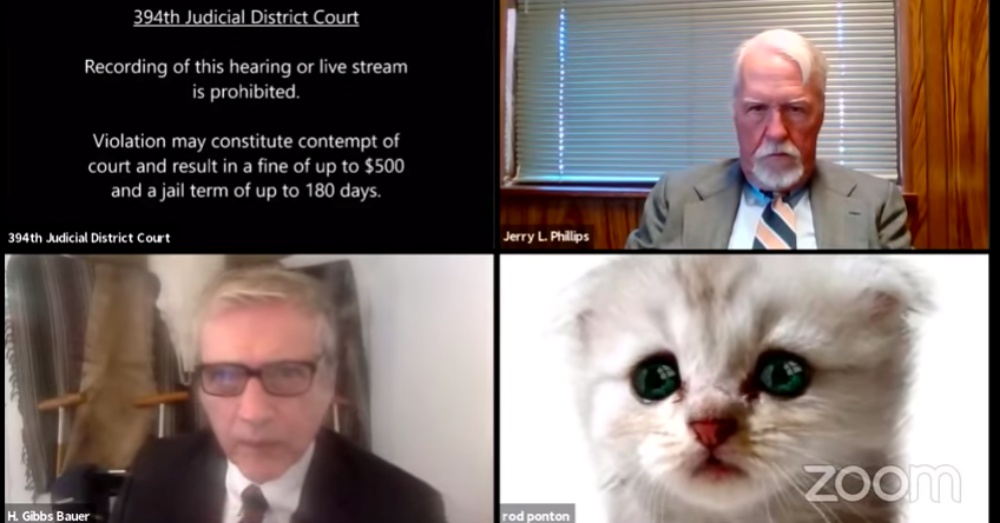 Ponton went on to explain that he was working on the issue and hoped to have it resolved shortly, but was willing to proceed.

At which point, Mr. Phillips smiled and laughed. Judge Ferguson replied, “I can see that.”

The filter was eventually removed and the hearing proceeded as normal. 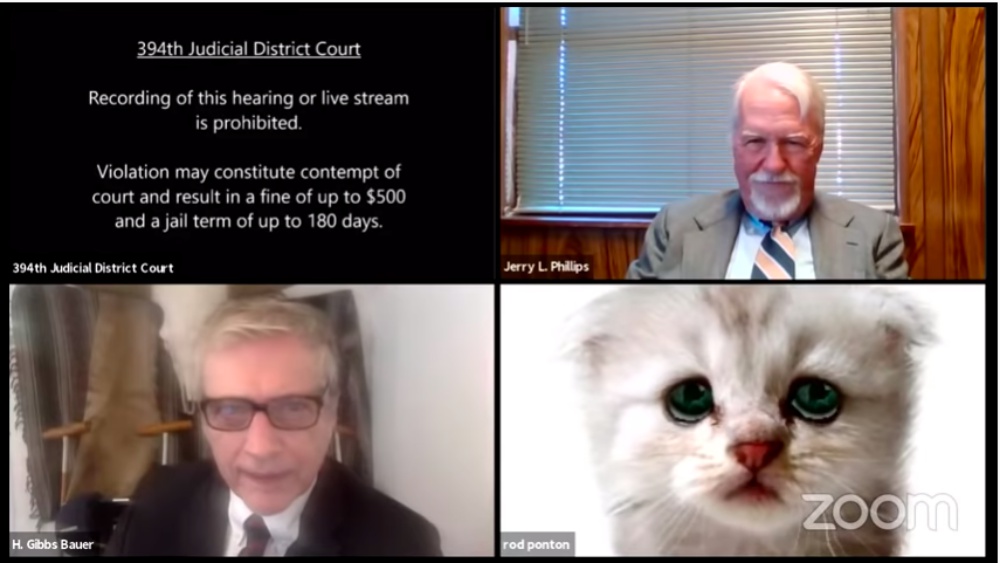 In under a day, over 4 million people have viewed and laughed out loud at the 42-second video.

One viewer commented, “Oh man I’m dying in tears. I can’t. The worry cat eyes when the judge calls him out almost made me choke on a gummy bear. One of the best videos ever!”

Ponton was a good sport and told The New York Times in an interview, “If I can make the country chuckle for a moment in these difficult times they’re going through, I’m happy to let them do that at my expense.”

Check out the hilarious video below and don’t forget to share!