Laura Shockley is a photographer who specializes in both maternity and newborn photography. The Tacoma, Washington-based photographer has recently outdone herself with the most precious newborn photo shoot ever. Seriously guys, your hearts will melt. 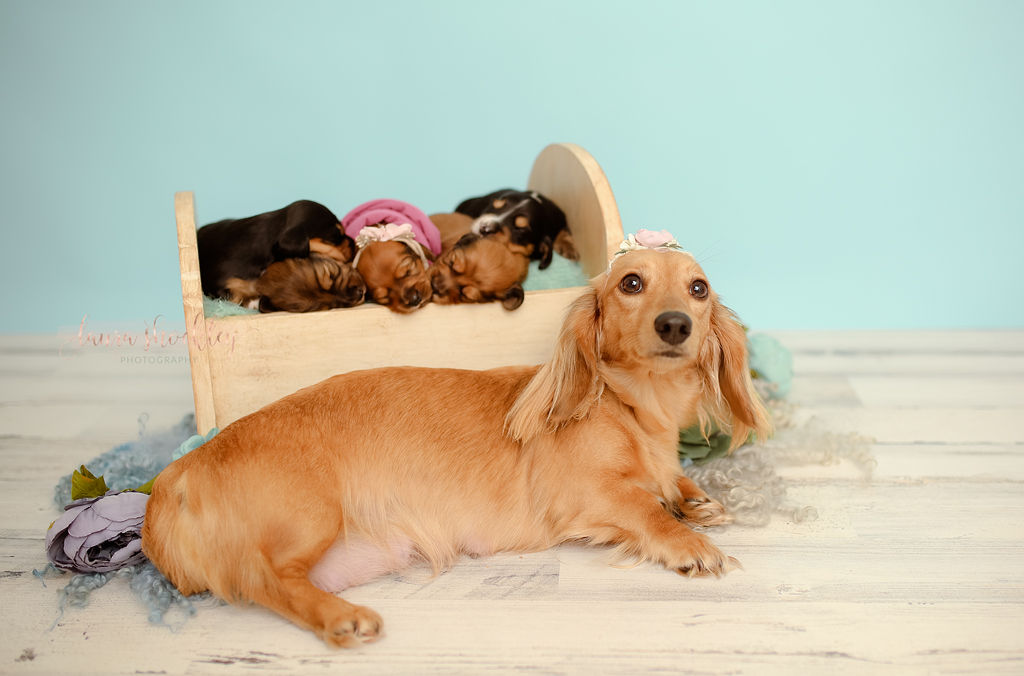 Fox 5 reports that Shockley’s 2-year-old Dachshund Sugar recently became a mommy after she gave birth to her litter of puppies. Being a photographer, Shockley put her touch on a photo shoot in which she captures Sugar’s first few days as a momma to her puppies. And the results captured on camera are absolutely precious.

Sugar gave birth a few weeks ago, and according to Fox 5, Shockley said that both Sugar and babies are doing well. All of the puppies are growing up healthy, and Sugar has been put on a special diet to keep up her strength.

Shockley shot Sugar while gazing down at her little “sprinkles” tucked away in a crib. The precious photos were then posted to her Facebook, where they were quick to gain lots of attention. The pictures have already garnered loads of comments, with many commenting on how “absolutely adorable” the pictures turned out. 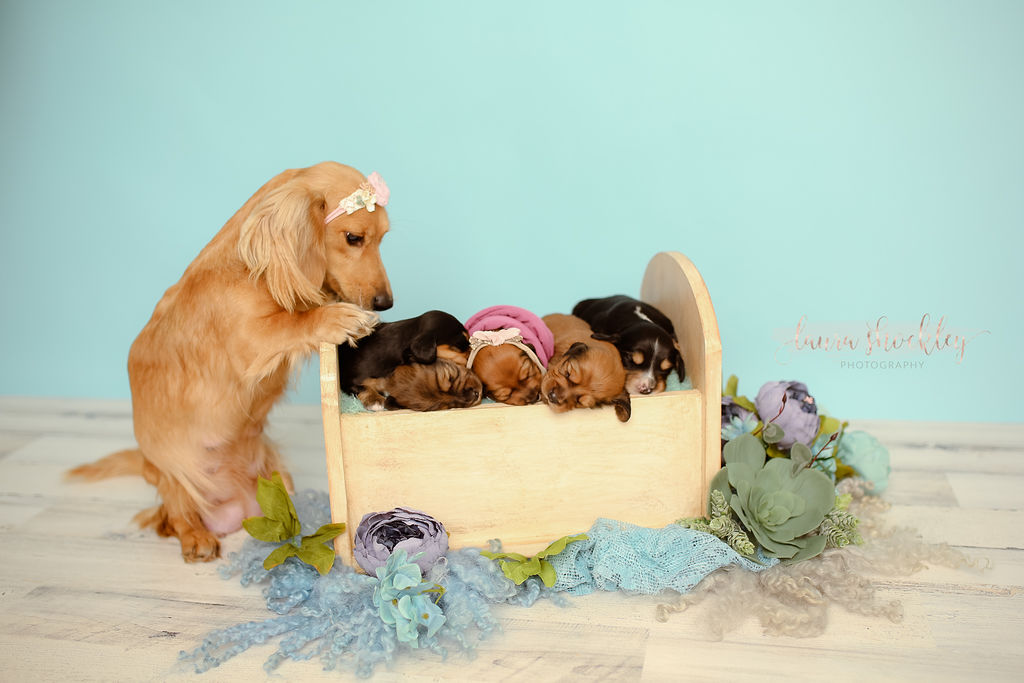 There were many of Shockley’s Facebook followers who were already eagerly anticipating puppy pictures since Shockley had already announced their arrival when she did a maternity shoot with Sugar wearing a tutu and flower crown.

On August 23rd, Shockley captioned that series of photos on her Facebook, “This little momma is going to grace us with some short-legged puppers soon! I cannot wait for the next milestone session for her, the grandmother (me🤪) ‘purchased’ her the maternity/newborn package!” 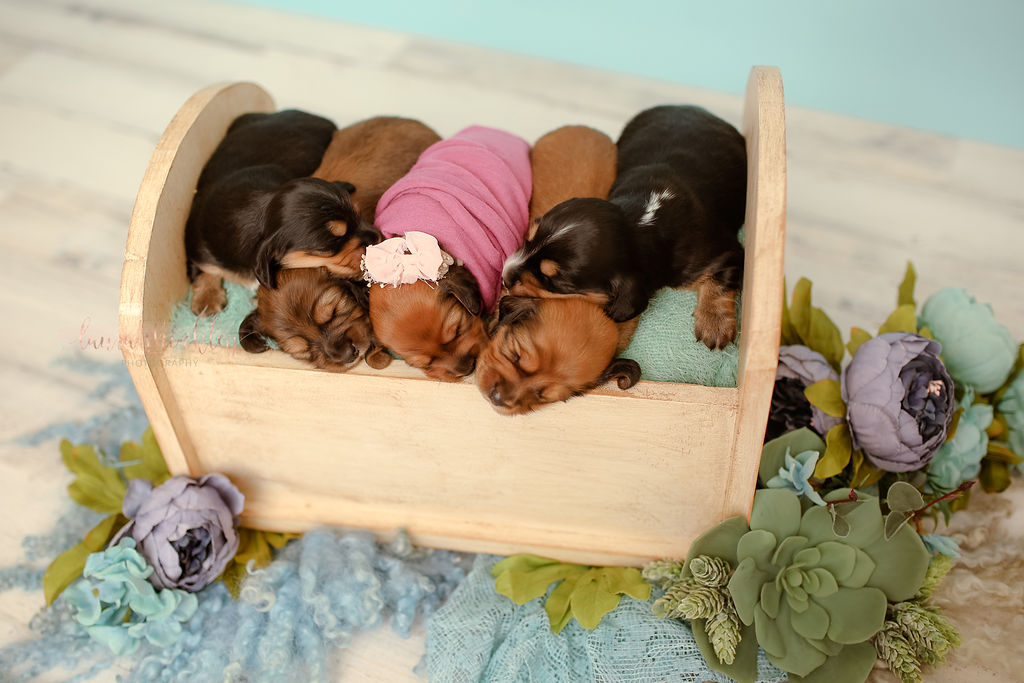 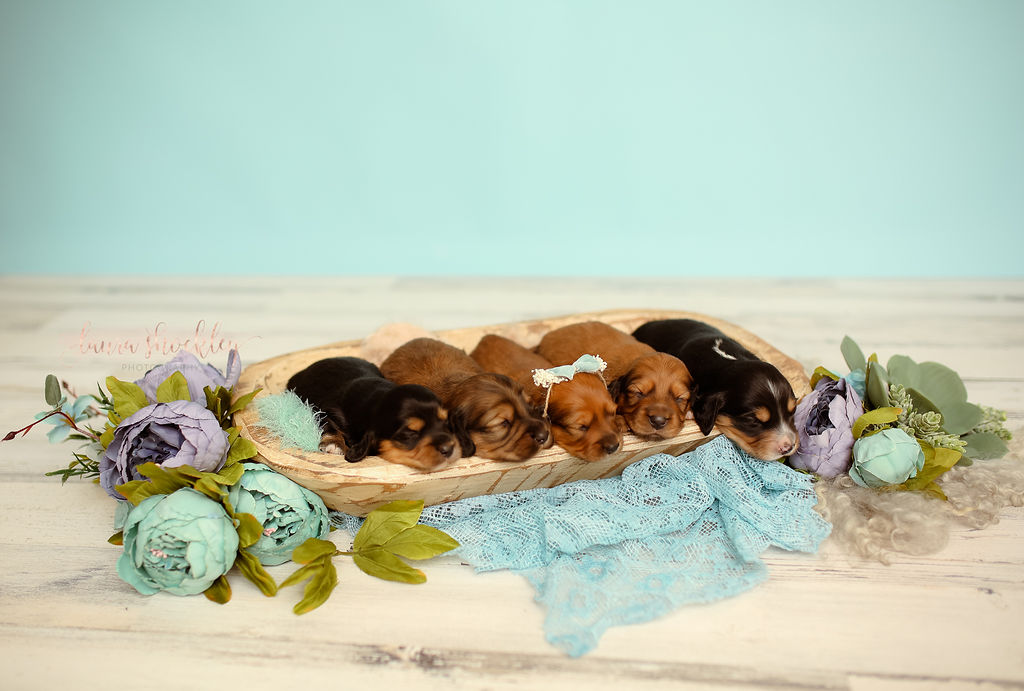 Now that the puppies have arrived, Sugar’s second set of the photo package is complete. Shockley is planning to help Sugar care for her pups until they have grown enough to go to forever homes. Shockley is planning on adopting out the puppies to friends and family in order to watch them grow up surrounded by people they love Fox 5 reported. But we have a sneaking suspicion that until they’ve been adopted out, we haven’t seen the last of the cute newborn shoots.