Who Is Gluing Miniature Cowboy Hats On These Las Vegas Pigeons?

Las Vegas is widely known as a city where anything goes. Round-the-clock gambling? Check. Elvis-themed weddings? Why not? Chihuahuas performing magic tricks? By all means!

But even locals — who’ve seen it all at this point — were surprised to wake up one day to find pigeons dressed in something besides their usual feathers. “Someone is putting tiny cowboy hats on Vegas pigeons,” Las Vegas Locally posted on Twitter, alongside a video of this unique fowl fashion. “There are consequences to legalizing marijuana.” 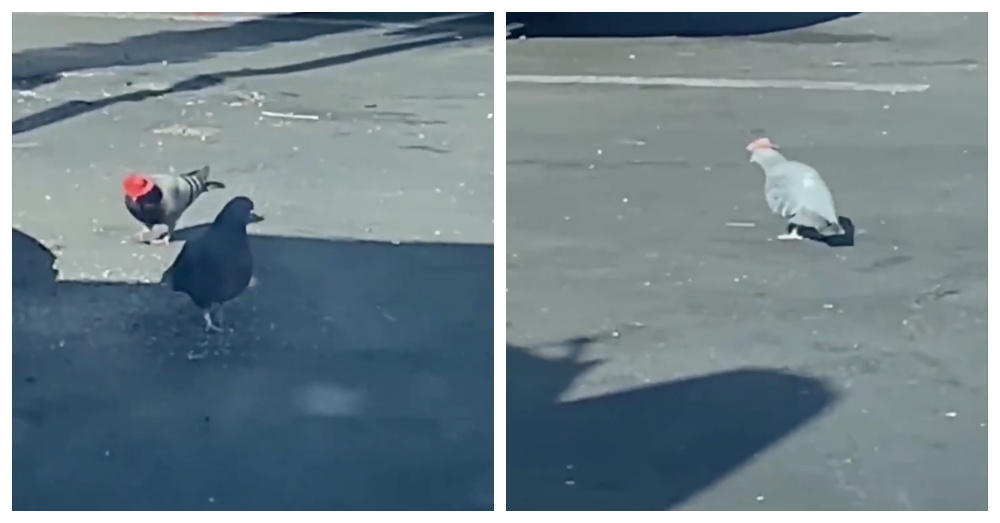 Soon the pigeons’ festive attire had eclipsed everything else that was happening in town. “I finally found one,” Kassandra Flores posted on Twitter. Flores had heard rumors about the rodeo birds, but thought it too strange to be true – until she saw one herself. “At first it was outside my door and I was excited … but before I could get a video, he flew away,” Flores told CNN. “And then as I was leaving I [saw] him again and was able to get a video.”

Someone is putting tiny cowboy hats on Vegas pigeons. There are consequences to legalizing marijuana. pic.twitter.com/CdK06gauYQ

But rescuers worried about the pigeons’ welfare, especially because the hats appeared glued to their heads. “We just know of the two pigeons that were seen in the video, two out of four,” Mariah Hillman, the co-founder of pigeon rescue, Lofty Hopes, told VICE. “But looking at that video, it has to be glue [keeping the hats on the birds’ heads]. I don’t see any string, so it has to be glue. That’s just dumb.”

Meanwhile, multiple sightings suggest the pigeons–dubbed Cluck Norris and Coolamity Jane–have been wearing their hats for several days. “If the hats are still on, it’s probably superglue,” Hillman said. “It’s kind of crazy.” 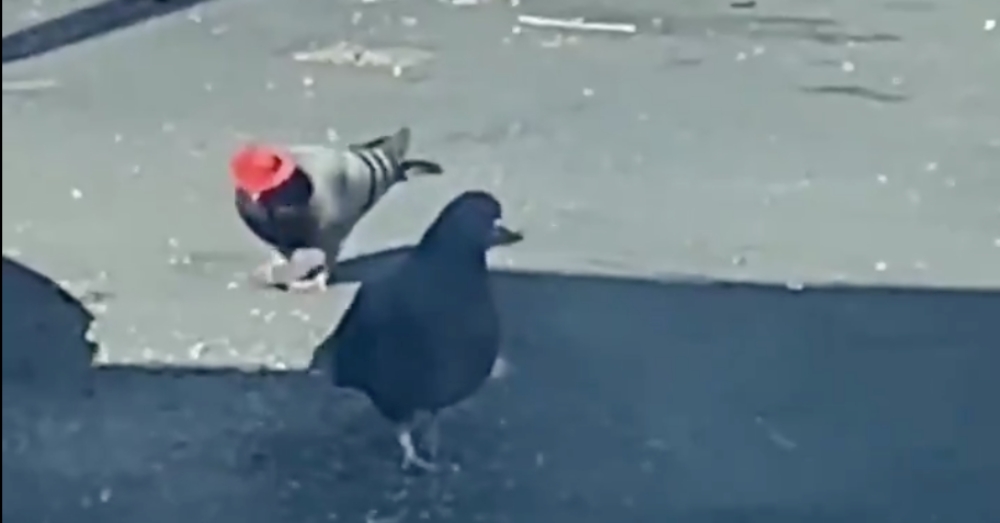 Besides the obvious danger of putting glue on a living bird’s head, the hats present a range of other potential issues. They could hamper the birds’ ability to fly, attract predators drawn to bright colors, affect the pigeon’s ability to see said predator, and even endanger the birds’ offspring.

“They would’ve had to have trapped the pigeons to have done it,” Hillman explained. “Pigeons mate for life, so if one was removed, this could be breaking up families or leaving babies to starve. Also, there’s no way of knowing whether they were released back in the same area where they were caught.”

That’s why Lofty Hopes is trying to catch both of the hat-wearing birds. (A third hat-wearing bird is said to exist, but Twitter has yet to confirm). “We can use oil to un-attach glue, like when a rat gets caught in a sticky trap,” Hillman said. “But then they have grease on them. It will probably take a while to get [the glue] off, whether they molt or we remove it.”