A man was driving his car on a road in T.Y. Park in Hollywood, Florida, when all of a sudden he wound up in a nearby lake. He had his two dogs in the car, and unfortunately one of them died in the accident.

Three high school students who were on a class trip, noticed the car submerged in water and jumped into the lake to rescue the man. They were able to pull him out, but the dogs were still in the car in the water. 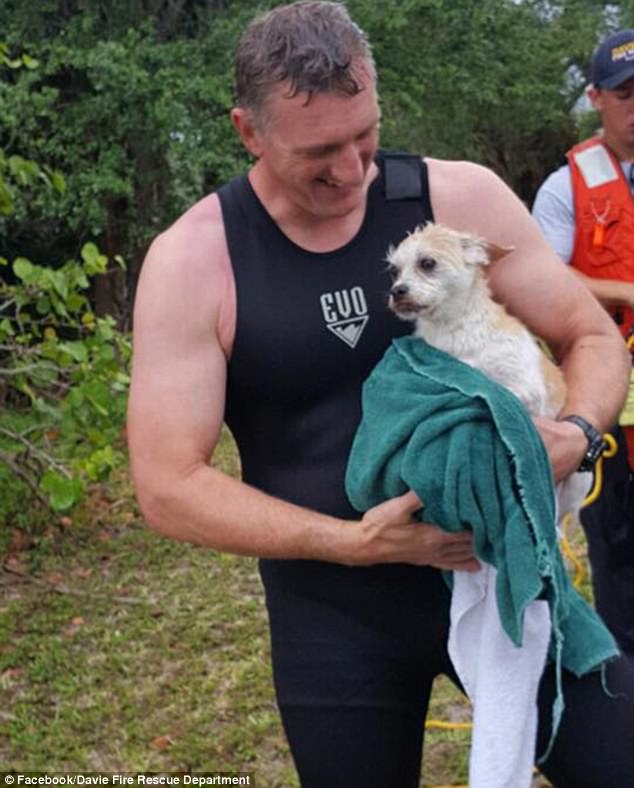 But not all hope was lost. A diver from the Davie Fire Rescue Department jumped into the lake and then came out holding the other pup. The dog managed to survive after finding an air pocket in the car, which had been submerged under water for 20 minutes.

Once the dog was out of the water, they immediately wrapped the dog in a towel and reunited him with his owner, who was then hospitalized. 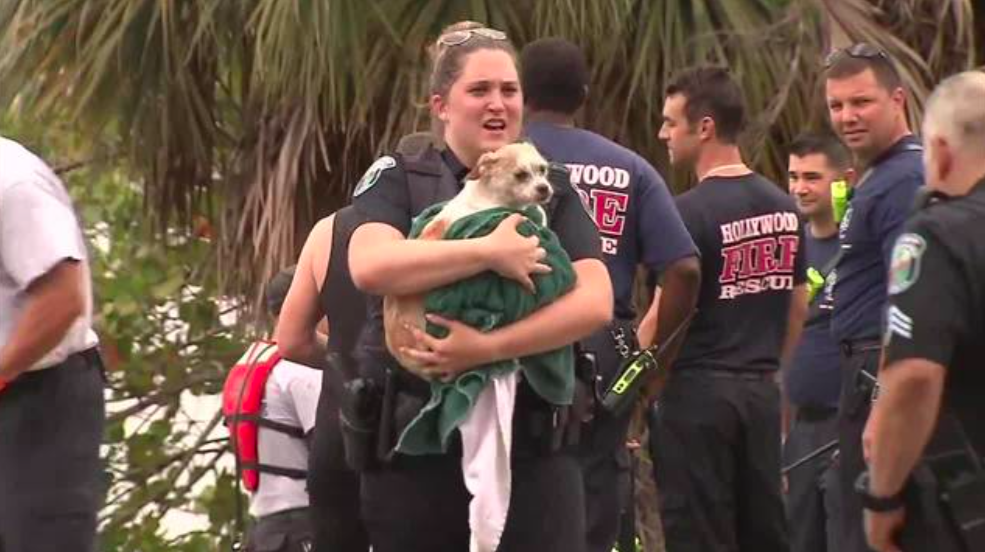 It was later discovered that the man drove into the lake to try and take his own life. He may now face animal cruelty charges.

Luckily, the dog is now safe and is in the possession of the owner’s sister. She is extremely thankful to the diver who saved the dog’s life. 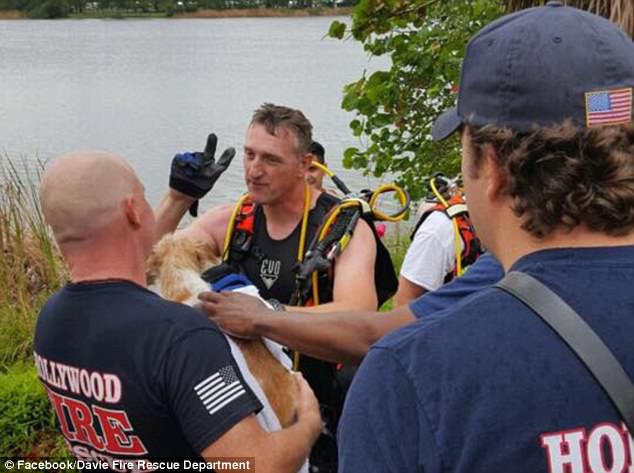 The fire department said stories like these usually end bad all around, but they’re glad that they were able to save a life.

Watch the story and rescue in the video below: