Dying Homeless Woman Wished For Someone To Adopt Her Dog, But Then Someone Stole Her

A Staffordshire Terrier, named Ladybird, was trained to be a service dog for a woman who had narcolepsy and seizures. The two of them quickly formed a special bond, and not only did Ladybird help her human with her health issues, but they were also the best of friends.

The woman had so much trouble with her health that she sadly became unemployed and homeless, but Ladybird remained by her side through the hard times that followed. They lived together on the streets of Austin, and Ladybird helped take care of her, pulled her wheelchair, and was her only family. 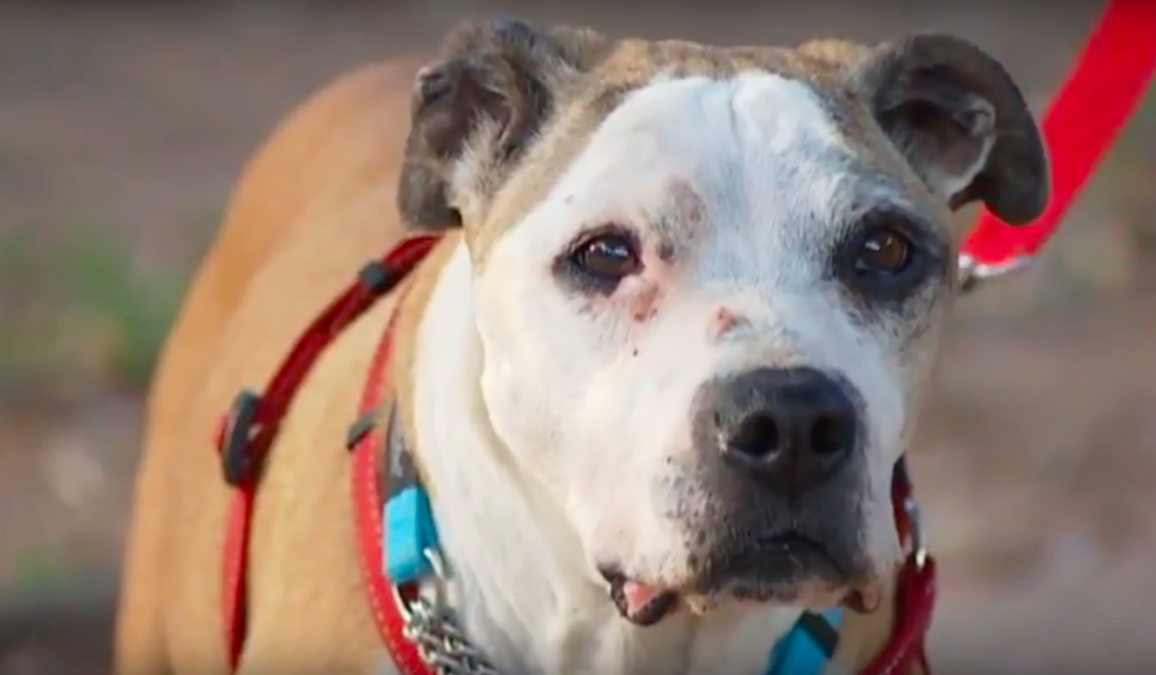 In her final days of life, Ladybird’s owner begged Sharon Henderson and another woman, “Miss Jane,” if they could take care of Ladybird for her. Of course they agreed, but before they could get her, Lady was stolen by a man who took off with her. The man was also homeless and took Ladybird in the middle of the night. 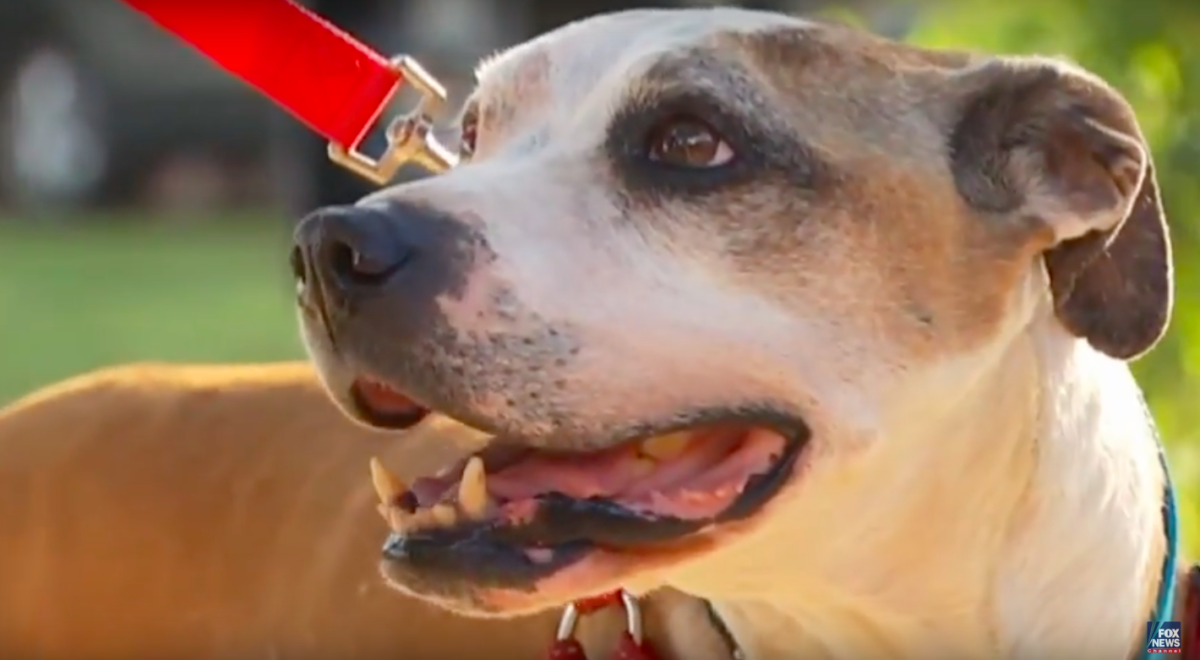 The man wound up hitchhiking his way from Texas all the way to Portland, Oregon, with the dog. Luckily, Lady was microchipped, so Henderson and Miss Jane prayed that the chip would come in handy one day, Miss Jane refused to give up hope. 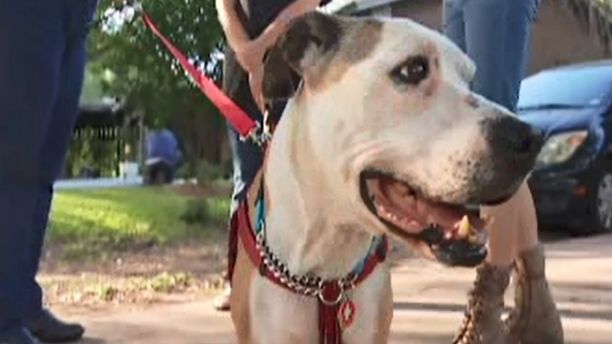 Three years later, Miss Jane received the phone call she had been waiting for – Ladybird was found wandering the streets of Portland. But she had a rough couple of years, and it really showed. 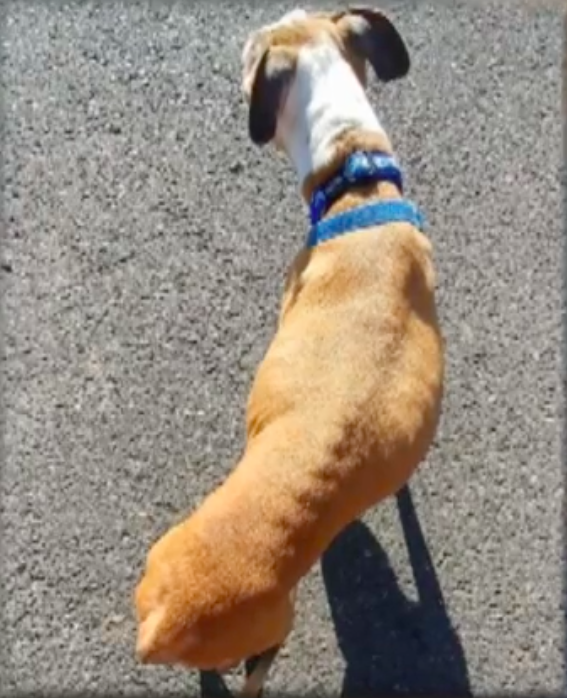 She was severely underweight, weighing just 30 pounds, and she was also going deaf. Since she hadn’t eaten, her jaw muscles were non-existent. She was unable to chew, and her head muscles also atrophied. She was so weak that she was unable to go up two stairs without falling over. 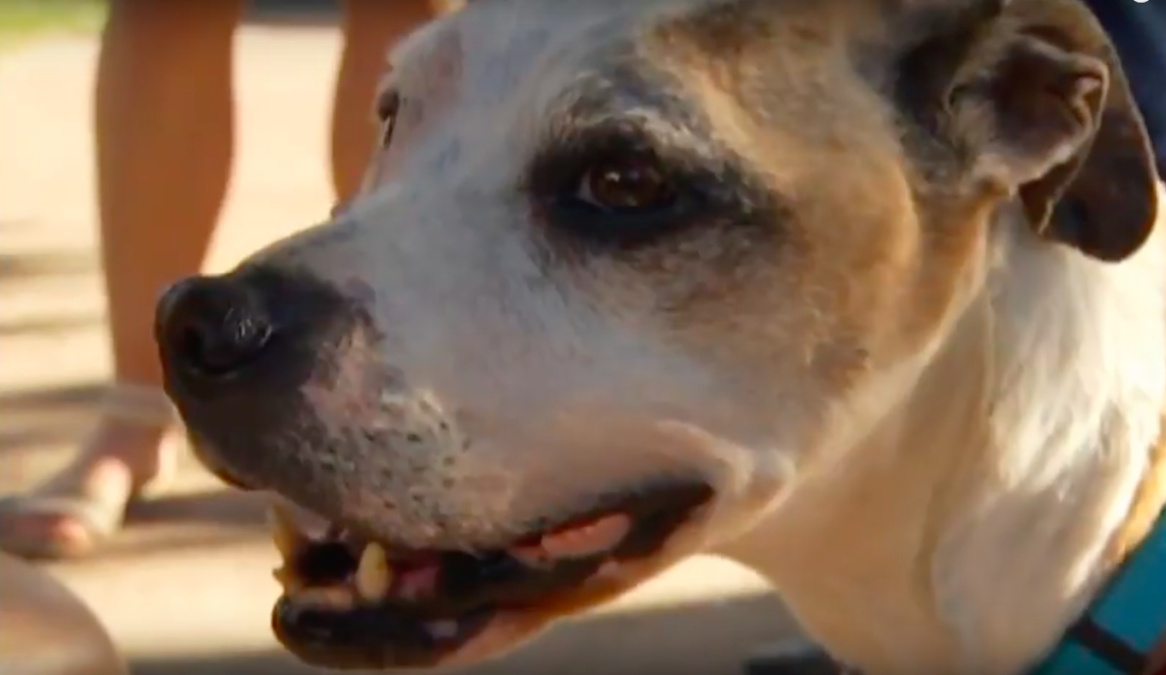 The man who had stolen her wound up passing away, so Lady was left to fend for herself. But Lady never has to worry about being alone ever again. Lady has since been transported back to her home state of Texas and is living with a foster while she continues to heal. 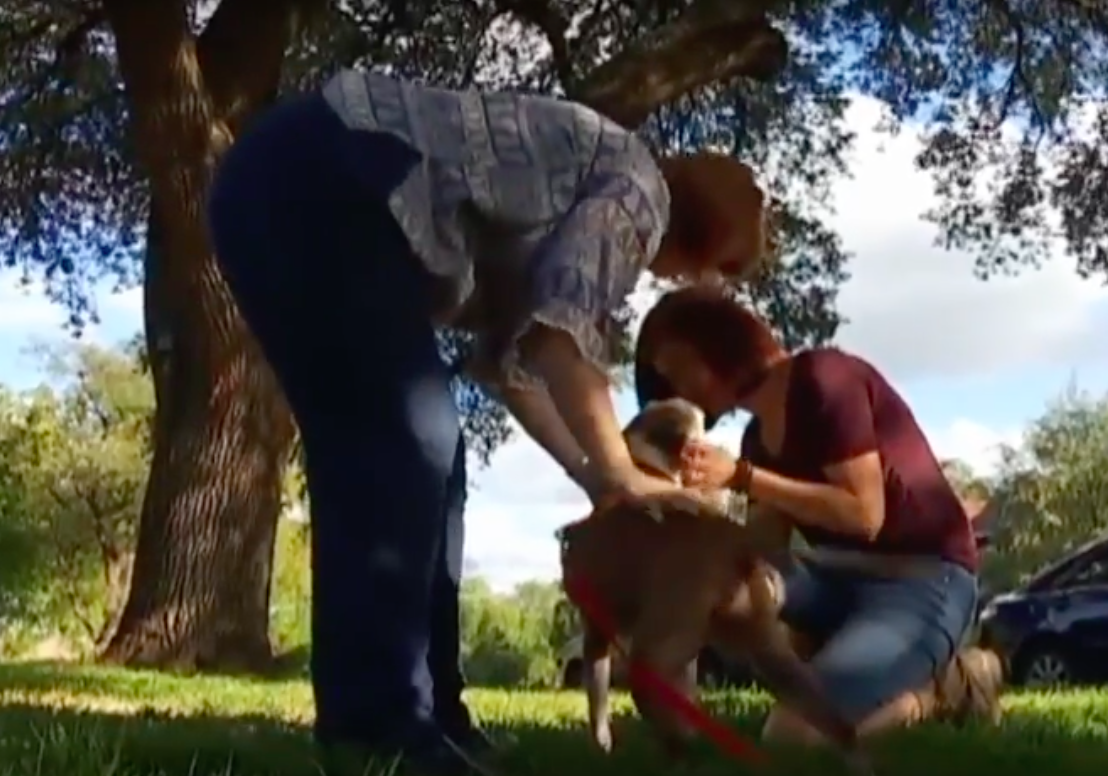 She is now searching for a forever home.

“I want her to enjoy the rest of her life in the lap of luxury she’s never known and have a family,” Henderson told Fox News.