Photos with Santa have become a holiday classic. So it was only a matter of time before someone extended this festive tradition to our four-legged family, too.

However, the eight dogs posing with Santa in the video below aren’t just labs of leisure. They’re certified facility dogs working at courthouses, child advocacy centers, and law enforcement officers around the state of Alabama, where they offer comfort to victims recounting emotional stories of abuse to investigators. 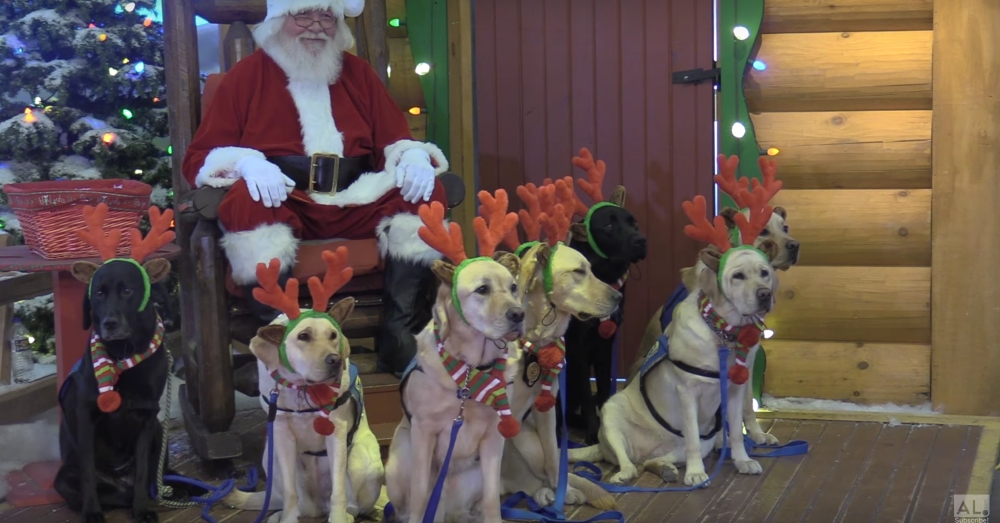 “We saw a need to help victims in court,” the Deputy Director for the Alabama Office of Prosecution Services, Trisha Mellberg, told AL.com. “What research has shown is that these dogs help victims feel more comfortable and more at ease when they testify. And what you have to remember is these victims, some of them are telling the most horrific things that have ever happened to them, and so they have the comfort of the facility dog with them while they tell their stories.”

Alabama’s statewide facility dog program – the first of it’s kind in the United States – was started in 2014 by the office’s grant administrator, Tamara Martin, who visited victims with her dog Willow. 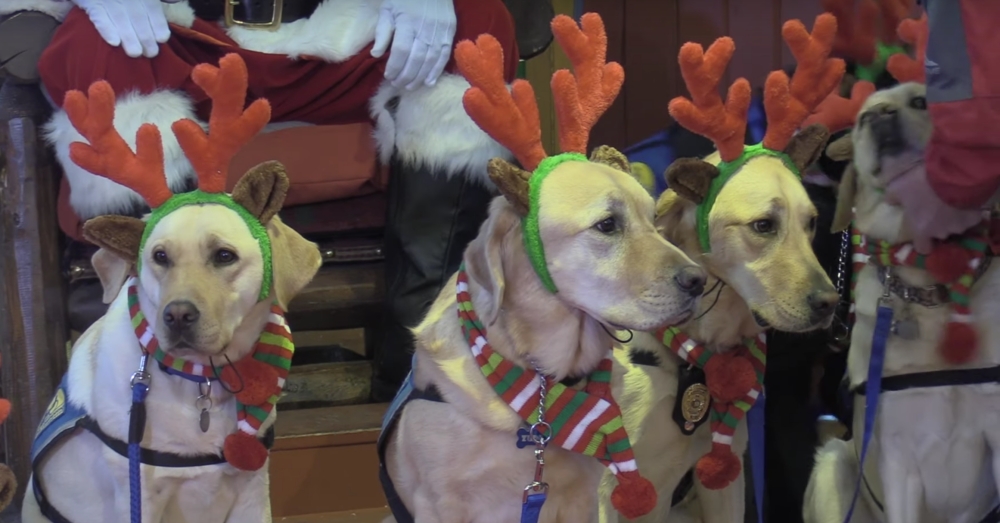 “Once the word got out the difference that Willow was making in the court system working with victims and witnesses, we got a grant through the Alabama Department of Economic and Community Affairs to fund facility dogs around the state to work with crime victims as they go through the criminal justice system,” Martin said.

Six years later, the program has grown to include eight facility dogs working with victims in courtrooms, child advocacy centers, and law enforcement offices around Alabama. Martin hopes to grow to include 12 dogs within the next year, while offering a blueprint to other countries and states hoping to implement similar programs. 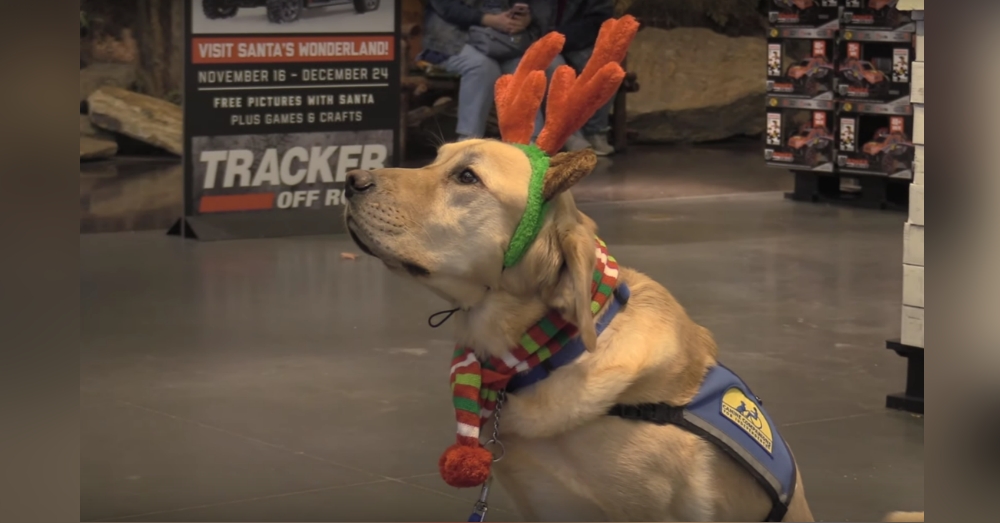 Of course, this novel approach doesn’t come cheap. Each of the dogs — which are trained and provided by the non-profit organization Canine Companions for Independence – costs $50,000. Fortunately for OPS, the non-profit donates trained canine graduates to the prosecutor’s office, while the ADECA grant covers dog incidentals and handlers’ salaries.

Even so, the expense pales in comparison to the dogs’ unique ability to offer comfort to victims, many of whom take solace in the canines’ comforting presence and later find the strength to come forward. 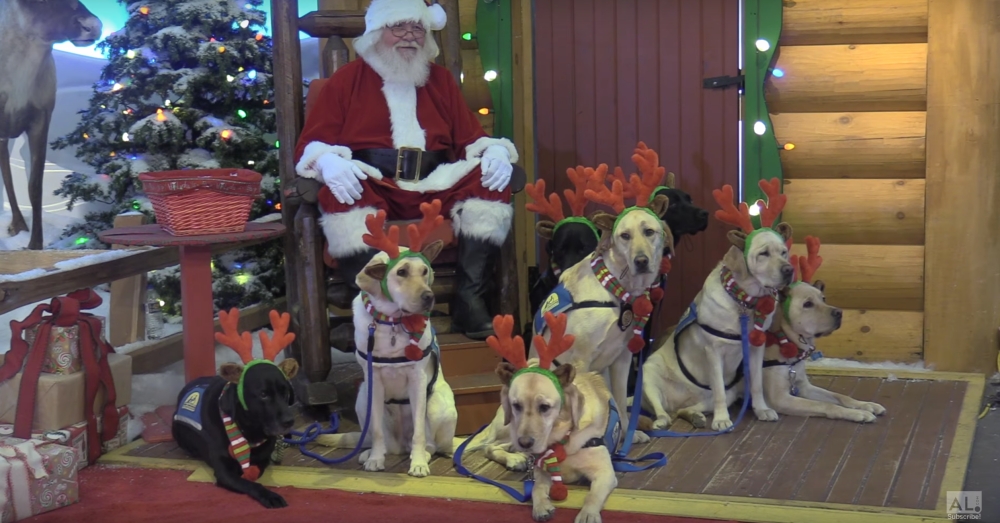 “It’s very important,” Martin said of the facility dog program. “Sometimes it will make the difference of whether or not a case goes forward. If you have a victim or witness that needs that extra support, that doesn’t feel comfortable going forward and testifying by themselves they can have one of these dogs present with them in the courtroom, on the witness stand, and it makes all the difference in the world.”

Find out more about this unique program in the video below!