Holly is a black Labrador who lives in New York with her owners. Living right next door to them is Holly’s “boyfriend” of seven years – Harry the Golden Retriever! The two dogs share a special bond and have the sweetest relationship together. Even after all these years, the romance is still going strong.

And nothing captures it better, than the late-night when Holly’s family heard something at the front door and went to investigate. When they opened up, who should be there, but Harry. He was standing at the door with a ball, waiting for his girlfriend to join him on a playdate. And the adorable gesture was caught on the family’s Ring doorbell for the rest of the world to see: 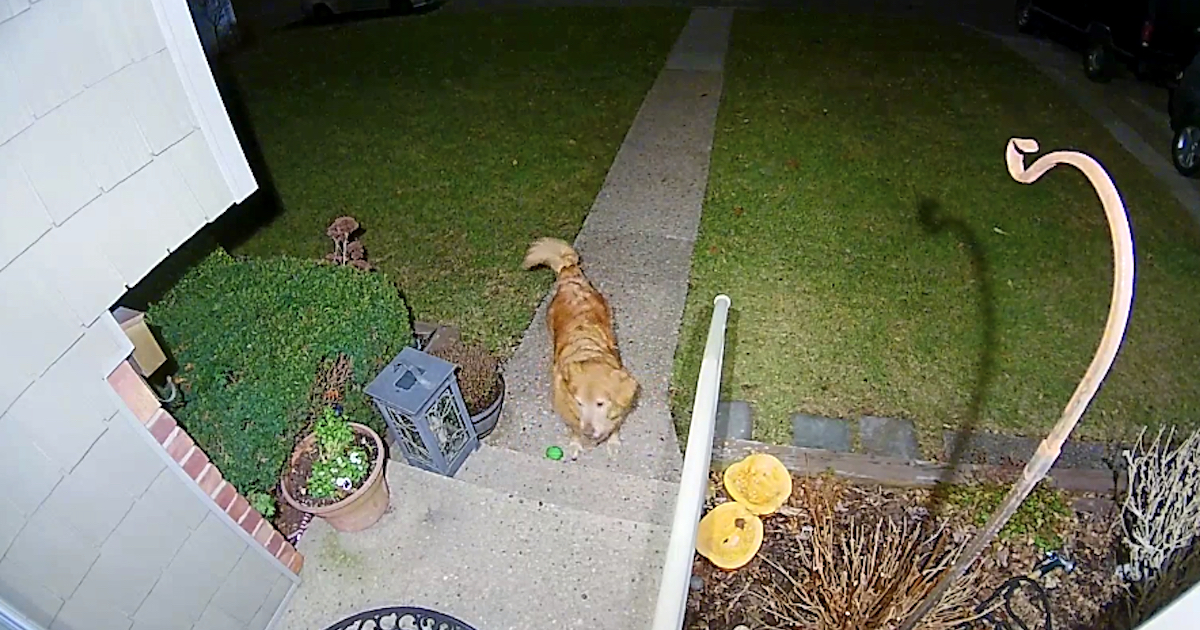 Of course, once the door opened, Holly came running. There is no denying these two sweethearts are so happy together.

Holly and Harry are the cutest canine couple ever, don’t you agree?