Kristen Bell, star of hit movie Frozen, has a special story to share about her dog, Lola.

“The dog was our first kid,” she tells Ellen DeGeneres in an interview on the comedian’s show.

Bell adopted Lola, a Welsh Corgi-Chow Chow, from a shelter in the Los Angeles Valley. Though she’s not the quickest of creatures, she has since taken on a protective attitude around Bell’s house.

I met my best friend Lola 14 yrs ago at a shelter in the los angeles valley. She incredibly lazy(her nick name is Slola) but she loves Halloween as much as I do, so we get along just fine. #nationaldogday #AdoptDontShop (Extra pics to honor some fosters we’ve had in the past few years)

Bell explained to Ellen one incident in which Lola got in a scrape with some unfriendly wildlife.

“The other day we were sitting non the bed which is kind of towards the back of the house,” she says. “I heard a squealing and said, ‘That sounds like a dog fight. I hope it’s not one of our dogs.” 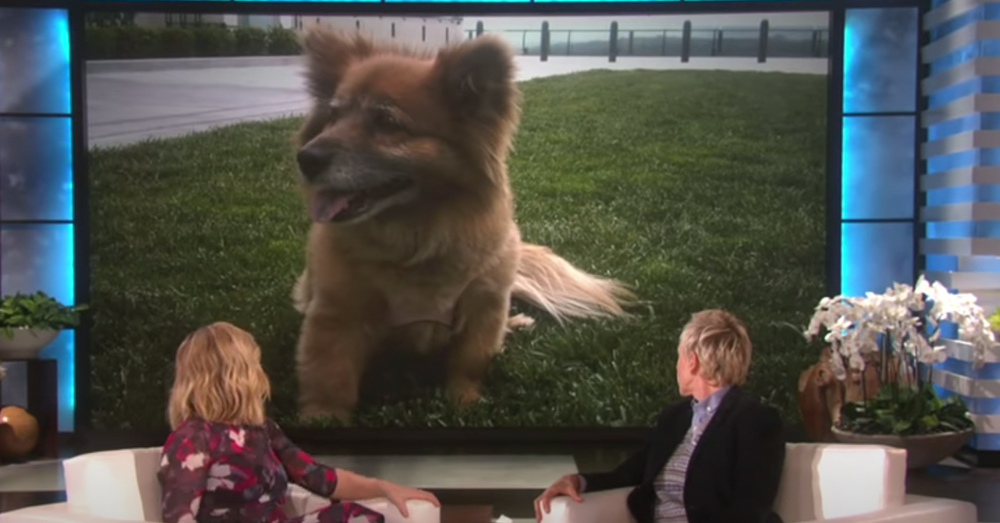 The sound persisted, so Bell walked up to the front of the house to investigate.

“I open the door to see Lola and a German Shepherd sized coyote in a fist fight on the lawn,” Bell continues. “Our other dog, Pat, who is completely useless and always writing checks his butt can’t cash, was on the couch with us, as perplexed as we were as to what the sounds were. He’s a dog. He knew.” 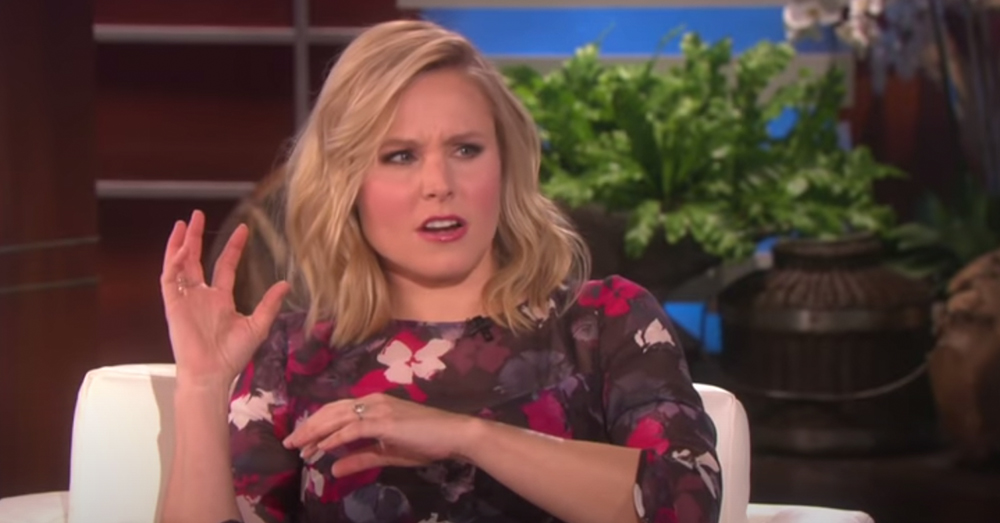 Source: YouTube/
TheEllenShow
BBell was shocked to see Loa fighting with a coyote.

Bell was shocked to see little Lola in a fight with the massive coyote, until it locked eyes with her.

“The coyote, when he sees me, flies over like a vampire from Twilight,” Bell says. “Flies over the 7-foot fence. Lola just stood there stoically, and that was Pat’s cue to come out and bark for half an hour.” 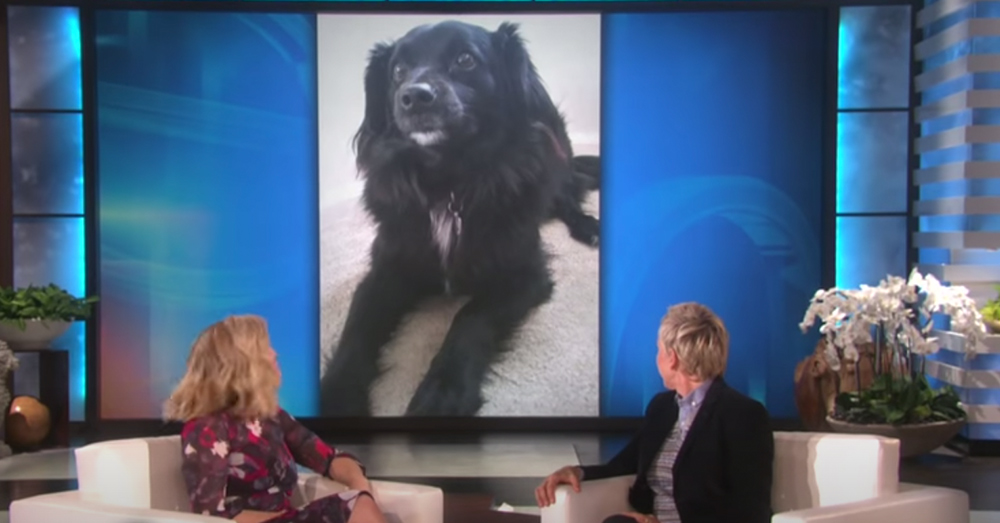 Lola survived the ordeal with a single scratch. The veterinarian didn’t even believe Bell when she bought Lola in to be checked out. She thought it might have been an opossum or some smaller animal.

Bell made sure to set the record straight. She saw it all happen, after all. Lola never backed down.

Hear the full story in the video below.