Kratu, a carefree rescue dog, has become a legend for his unique way of completing an agility course. Each year, he competed in agility at Crufts dog show in England, but would not take home ribbons. Instead, he was the source of laughter and entertainment for the crowd. He won hearts not ribbons.

Well, this year was no different. However, his owner announced that Kratu was retiring after this year, so it would be his last run. The furry dog did not disappoint and ran the course on his terms to the delight of onlookers. 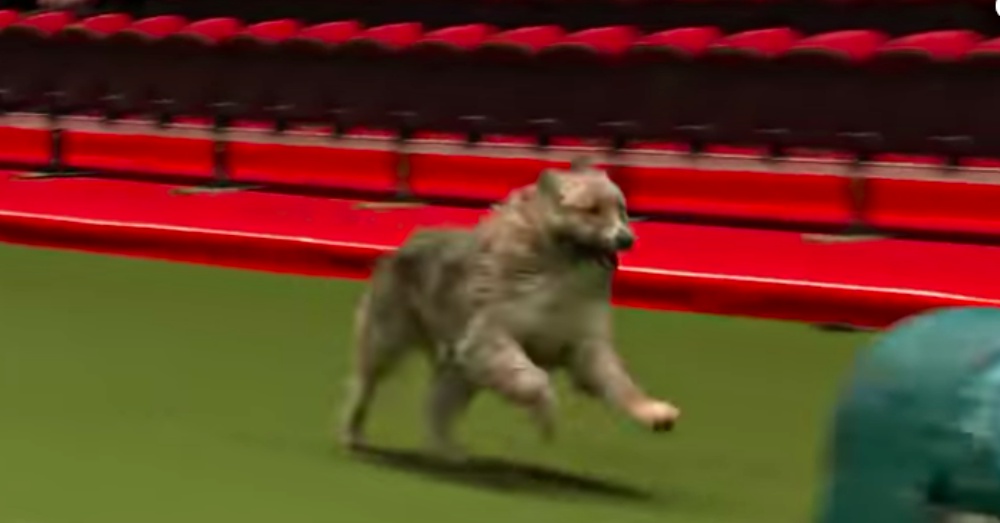 Believed to be a Carpathian-Mioritic mix, Kratu did things his own way. The adorable dog did not “fancy jumps” but loved running through the tunnels in both directions. He followed his nose instead of the set pattern and it made for a very entertaining run. 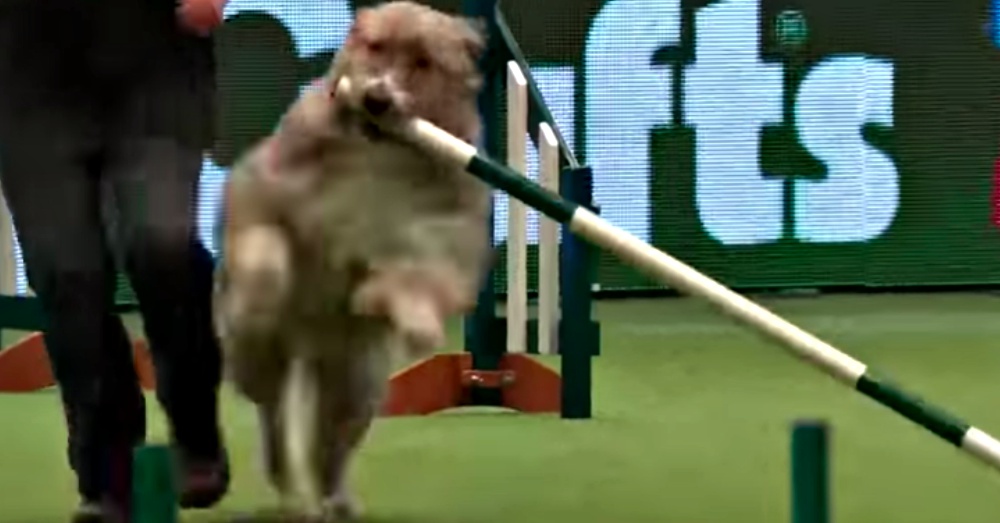 During his last run, he pulled some of his old tricks like ‘hiding’ in the tunnels but also added a new one. At one point, Kratu grabbed one of the poles, which is meant to be jumped over, in his mouth like a big stick and ran off with it. One of the announcers said with a laugh, “Now that’s definitely against the rules.” 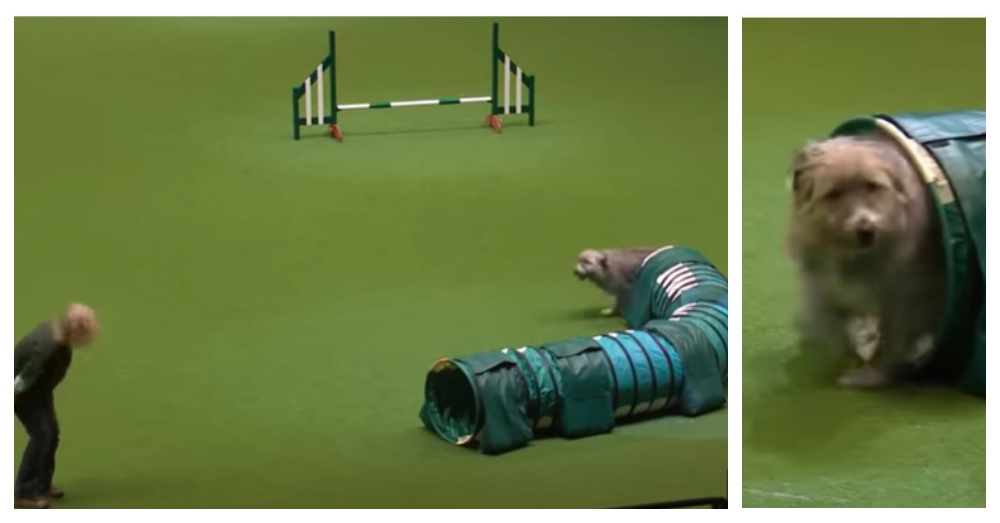 The audience could not contain their laughter and one announcer called the happy dog an “absolute rascal”. All the rules may have been broken, but the only thing that mattered was that Kratu had a blast. His crazy antics will not be forgotten. 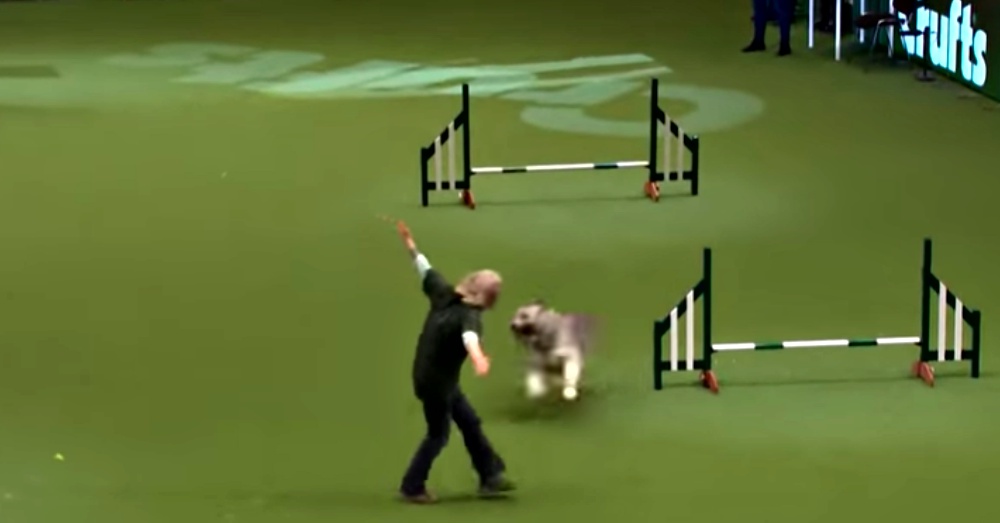 The video of his epic run was posted on his Twitter page with the caption, “And I did it my way,” and has been viewed over 1.3 million times. One viewer commented, “Hope they let you take the big stick home as a souvenir. You are definitely my Best in Show.” Another wrote, “That sweet face just cracks me up – looks like Kratu has a blast and made sure everyone else did too!”

The video below is guaranteed to make you laugh. Don’t forget to share it with your friends and family.