Korey is a yellow labrador retriever and a devoted diabetic alert dog. He works hard to make sure his owner stays safe from blood sugar emergencies by smelling when her sugars are getting low or high, booping her with his nose to let her know she’s too low, spinning in circles to let her know she’s too high, and bringing her juice to help her recover from hypoglycemia.

Korey is even trained to bark and seek help if his owner passes out from a hypoglycemic attack, and he keeps up with regular training so he doesn’t forget what to do in an emergency. 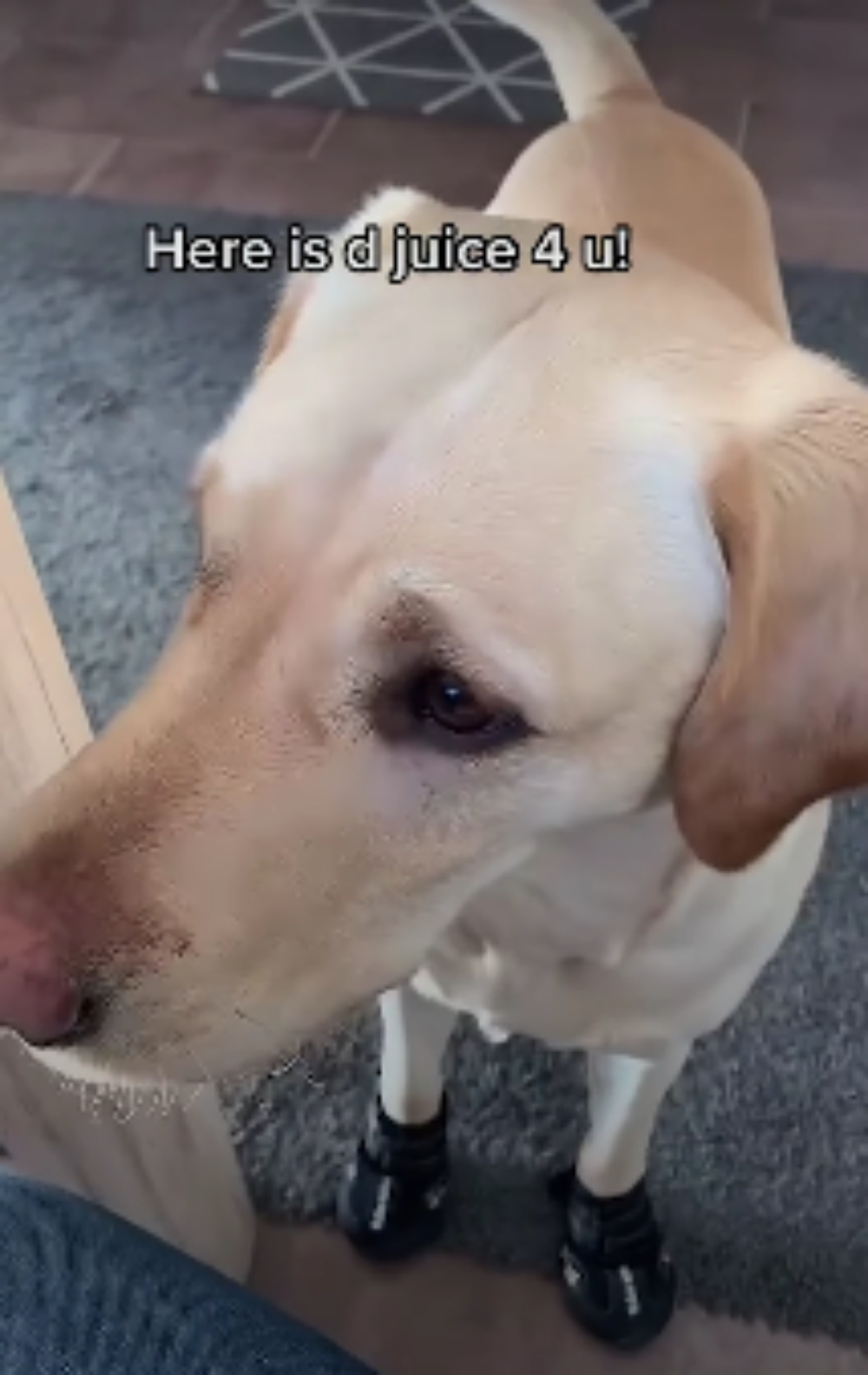 He’s really very important to Sam, who has had diabetes since she was four years old and has struggled to keep it in control as she’s gotten older. Korey, she says, has saved her life.

However, Korey has one peculiar quirk that makes him extra special. He refuses to touch hard floors under any circumstances unless he’s wearing his special gripper socks. 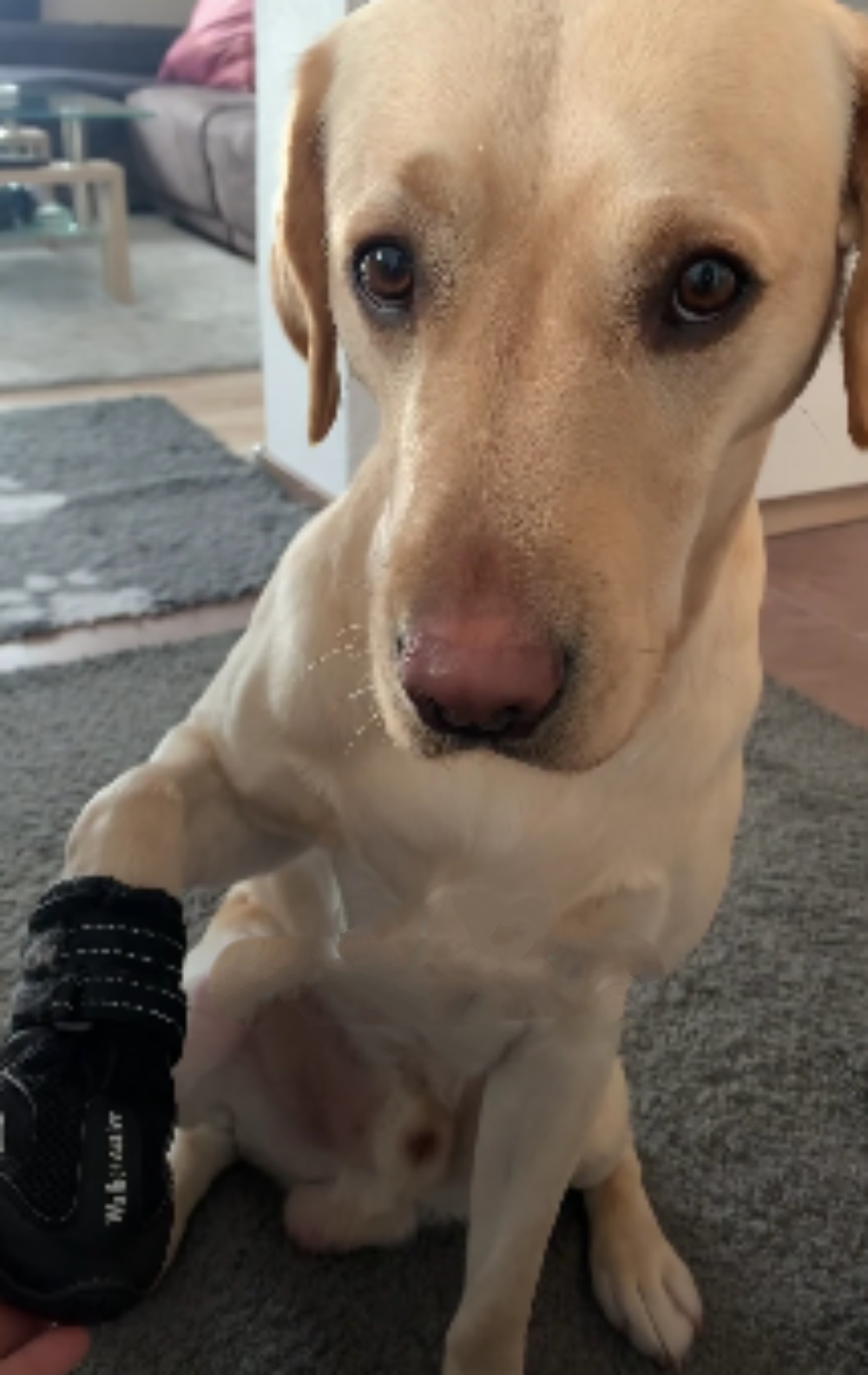 Sam started out by putting rugs all over the floor of her apartment to keep Korey happy when she first got him, but he still wasn’t completely comfortable. If there’s even as much a foot of space between rugs that’s not supposed to be there, he’ll refuse to cross it. Instead, he whines and whimpers until someone fixes the issue. 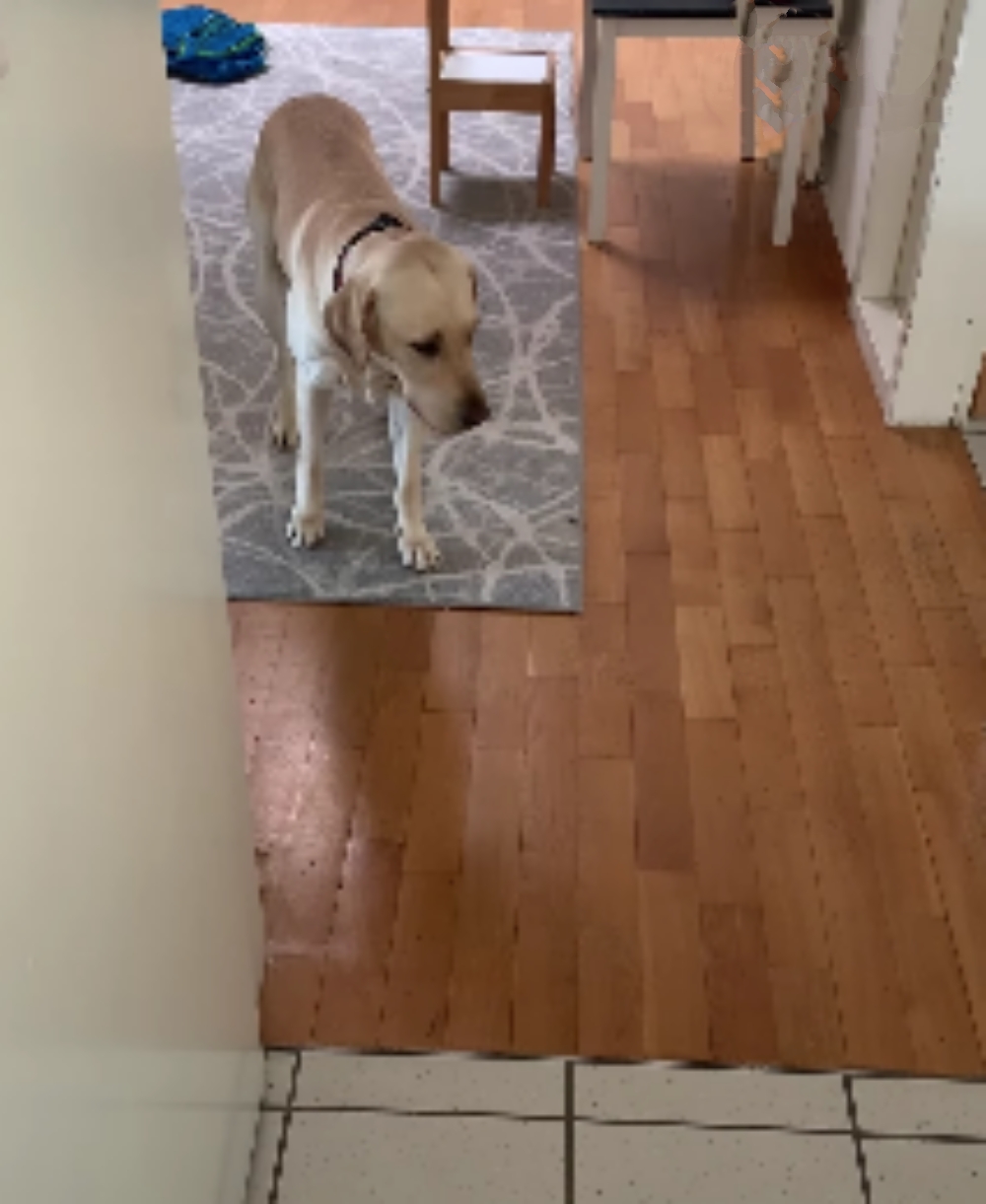 Luckily, however, Sam discovered that there are gripper socks and booties made for dogs with this exact sort of fear. When she got him a pair of socks, she says, something clicked and he became a completely normal dog who had no trouble walking across wood or tile floors. 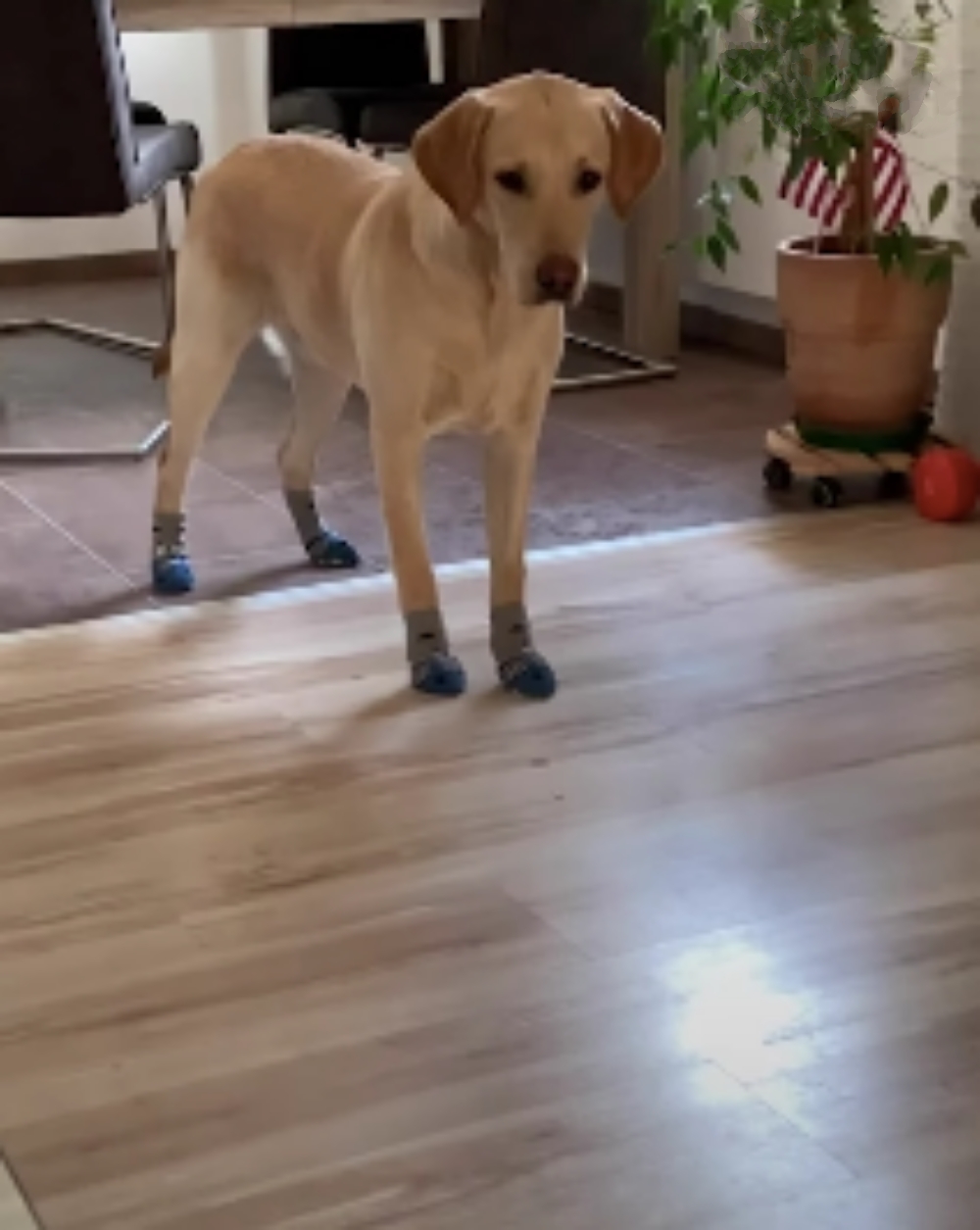 Now she has an entire box of little shoes and socks for Korey, and he absolutely loves wearing them in the house.

Check out the video below to see this cutie wearing his little socks in the house. Good boy, Korey!