The Tragic Scene Congo Park Rangers Found Will Shock You…

One beautiful subspecies of giraffe is being killed, and all for just the wispy end of its tail. While the practice has been occurring for years, a new video by documentary filmmaker David Hamlin puts this tragic practice into perspective.

While flying over Congo’s Garamba National Park, Hamlin and his crew spotted three giraffes meandering through the grasslands. They were members of a rare subspecies called the Kordofan giraffe. 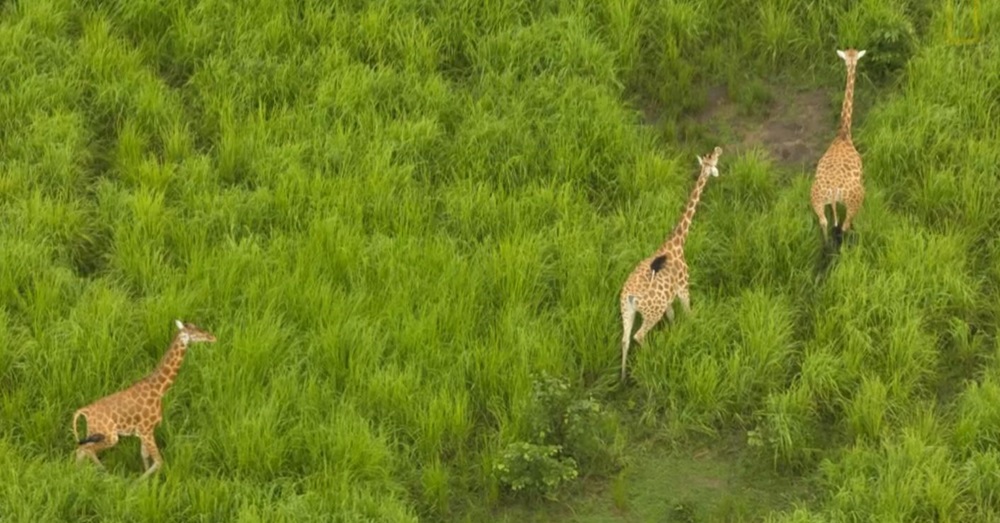 In fact, there are only about 40 Kordofan giraffes remaining in Garamba, which is the subspecies’ only home in the Congo. Unfortunately, just half a day after Hamlin saw the trio, rangers reported that poachers had taken out three giraffes in the area — likely the very same three.

Just like with any act of poaching, the killing of these animals was utterly senseless. While some giraffes are killed for their meat or hide, Kordofan giraffes are oftentimes killed only for their tails. As part of Congolese tradition, some will pay thousands of dollars for a giraffe tail to be used as part of a wedding dowry. For just the hairy end of their tails, these giraffes lost their lives.

When Hamlin heard the news, he was crushed. “It was horrible for me and the team,” said Hamlin. He was so distraught and disgusted that he chose to document the wake of the tragedy to help raise awareness about the plight of these giraffes.

The footage is intense. For those who can stomach it, we’ve provided the video below.

WARNING: The following video contains the graphic aftermath of violence against animals. Please watch with caution.

Poaching is a very real problem in many countries, and it is one of the major factors in the decline of the Kordofan giraffe due to the value placed on their tails. Learn more about how you can help support efforts to protect these and all the wildlife of Africa from senseless poaching.