Koko was remarkably intelligent. She was able to use more than 1,000 different hand signs to communicate, and is estimated to have an IQ between 75 and 95.

Koko was incredibly kind. She took care of small animals of her own; and even named her kitten “All Ball.”

Koko was impossibly perceptive. She could express her thoughts and feelings to others, and understand theirs, even in spoken English.

Koko was known as the gorilla who talked to people, and after 46 years of life on earth, she passed away. 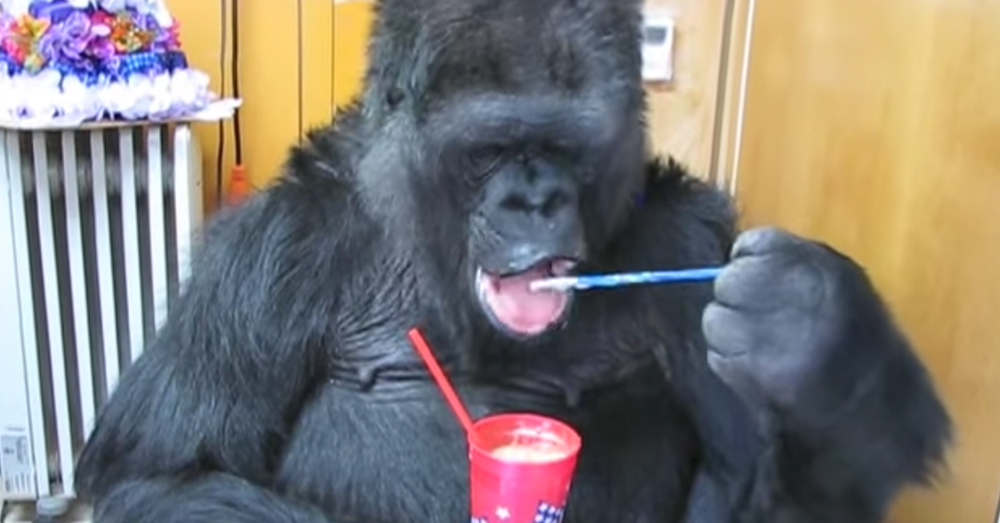 Few humans alive have not heard or seen tales of this western lowland gorilla. Throughout the 80s and 90s, tales of Koko’s skill and intelligence planted the seeds of countless future animal advocates, zoologists, and primate enthusiasts. Her life was even adapted to roles in various film scripts.

However her story touched humans, it was clear she transcended manmade classification, and will symbolize a bridge of compassion and friendship between species for ages to come. 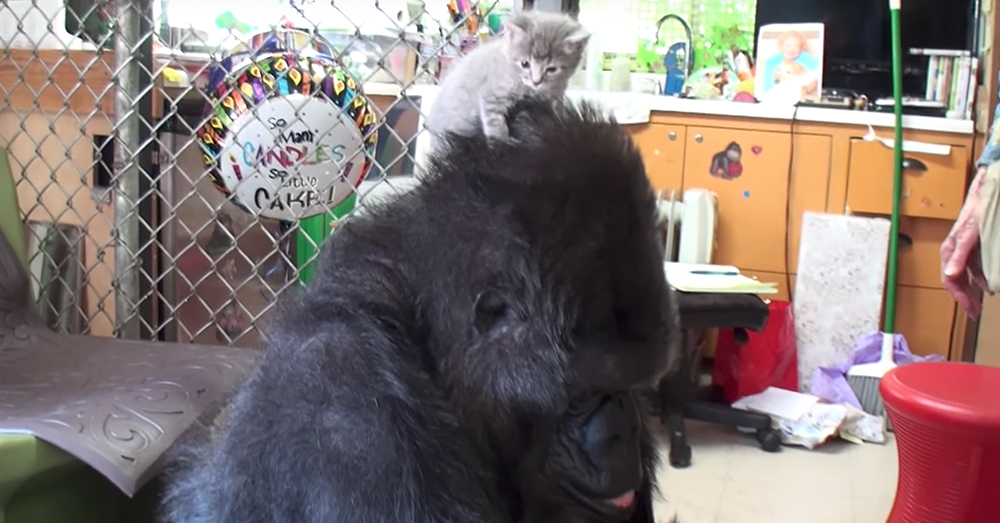 “Koko – the gorilla known for her extraordinary mastery of sign language, and as the primary ambassador for her endangered species – passed away yesterday [Wednesday] morning in her sleep at the age of 46,” a Gorilla Foundation press release declared on Thursday, June 21. “Koko touched the lives of millions as an ambassador for all gorillas and an icon for interspecies communication and empathy. She was beloved and will be deeply missed.”

According to NPR, Koko was born at the San Francisco Zoo on the Fourth of July in 1971, named Hanabi-ko — Japanese for “fireworks child.”

While still an infant, Koko was picked to participate in a language research project with psychologist Francine “Penny” Patterson. Koko impressed Patterson with her ability to learn and adapt quickly. As the researcher attempted to communicate with Koko, she soon began “speaking” back through American Sign Language. 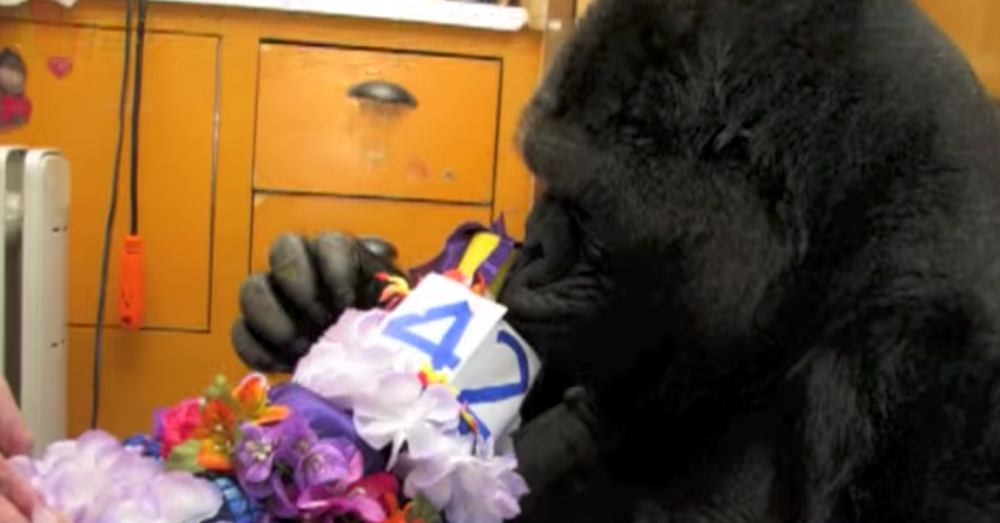 Eventually, writers at National Geographic took notice, and during a visit with Koko in 1978, gave her a camera to inspect. Koko decided to take her own photo, staring through the viewfinder at a mirror. The image would become the cover of a Nat Geo magazine later that year.

Koko the gorilla, who appeared on our cover, could chat, tease, and even argue with scientists using sign language. She has died at the age of 46. pic.twitter.com/JX9vlFzpiI

“Her impact has been profound and what she has taught us about the emotional capacity of gorillas and their cognitive abilities will continue to shape the world,” the Gorilla Foundation said.

In 1984, Koko suffered her first great loss. All Ball was hit by a car and killed, National Geographic reports. Koko took the news hard.

“Then she started whimpering—a distinct hooting sound that gorillas make when they are sad,” Gorilla Foundation co-founder Ronald Cohn told the Los Angeles Times in 1985. “We all started crying together.” 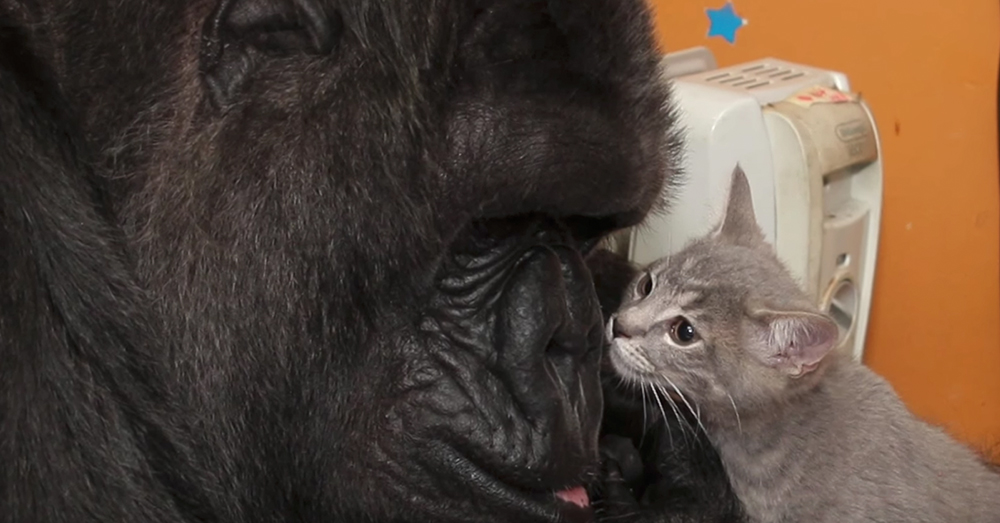 It wouldn’t be the last time Koko mourned.

When Koko met Robin Williams in 2001, the actor made a lasting impression on her. Though they only shared a short time together, Koko later recognized Williams on TV. When the comedian passed away in 2014, Koko expressed feeling a great sense of sadness.

At 34 years old, Koko’s thirst for new knowledge and experiences had still not slowed. She amazed the world once more when she played the recorder, a task that requires a command of breathing so precise, even leading animal experts did not think it possible in primates. 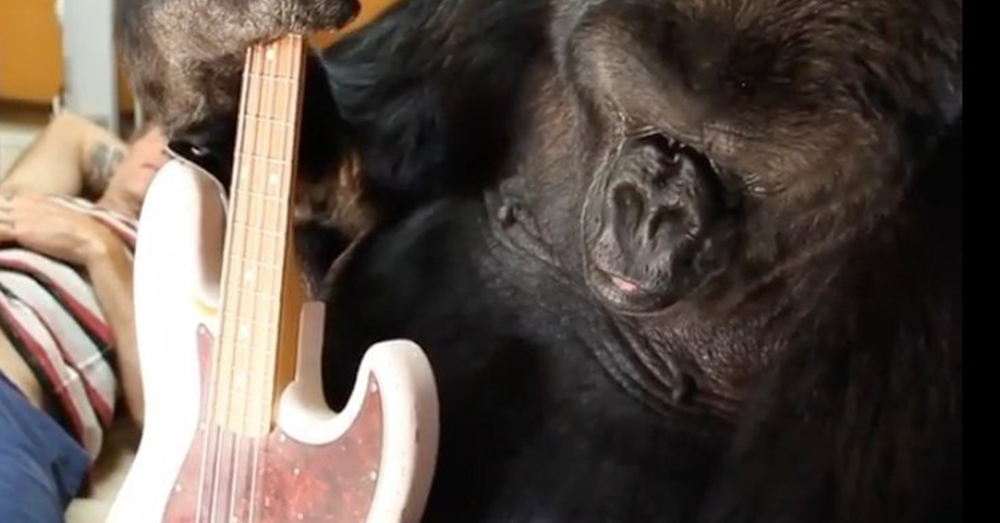 The world has suffered a great loss with the passing of Koko, but the Gorilla Foundation maintains it “will continue to honor Koko’s legacy and advance our mission with ongoing projects including conservation efforts in Africa, the great ape sanctuary on Maui, and a sign language application featuring Koko for the benefit of both gorillas and children.”

Koko will be missed. What she taught the world was perhaps more about humanity than about gorillas.