Here’s a pair of perfect strangers that just couldn’t get any more adorable if they tried.

A rescued owlet, just 8 weeks old and weighing all of 12 ounces, has just become best friends with a 126-pound Newfoundland dog. The owlet’s name is Jess, and the 4-year-old dog is called Koko.

According to Deadline News, Anita Morris, Koko’s owner, brought the pair together at the Cheshire Falconry, where birds of prey are trained up as therapy animals. Morris works with children and young people with mental health issues, and using these birds, is able to reach them, communicate effectively, and help them thrive.

“Birds of prey are not like other animals,” Morris said. “They will only work with you if they trust you. They will not work with you if you are agitated so there is a need to stay calm. They remain wild animals so you need to have respect for them.” 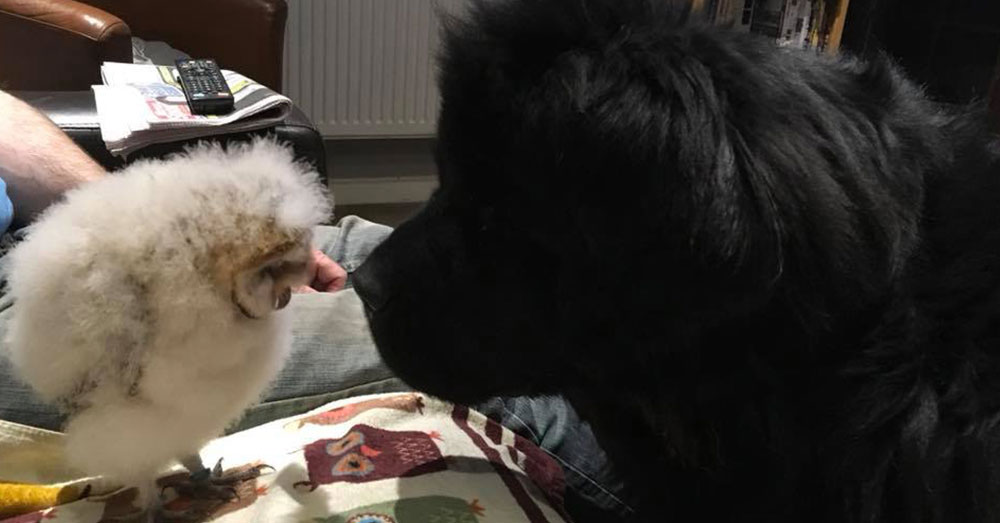 In the following video, it’s apparent that Jess is interested in Koko, and begins grooming her with her beak and talons.

“Koko was obsessed with Jess when she was a new born chick, and now whenever Koko walks into a room Jess always flies over to her,” Morris said. “They are inseparable.” 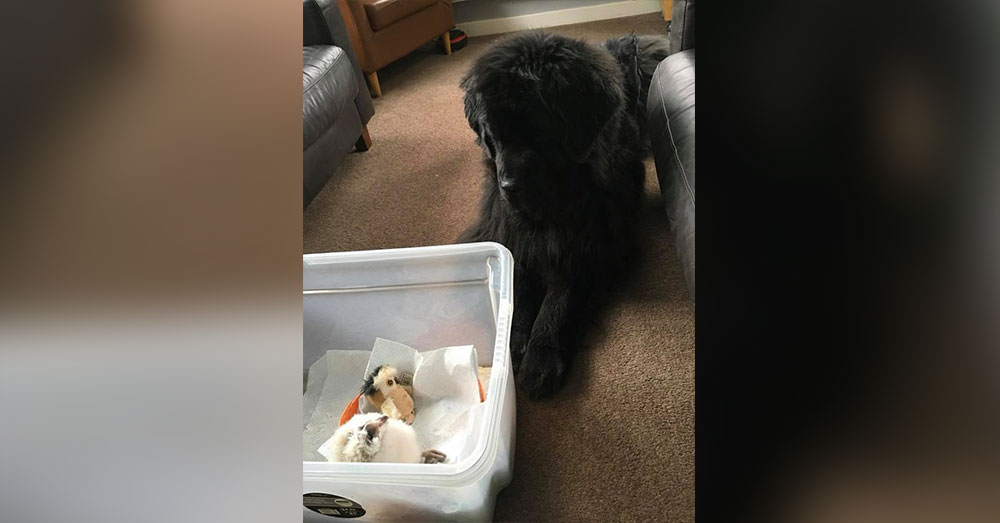 Source: Facebook/Hack Back CIC
Koko has been watching over her owlet friend at Cheshire Falconry.

Morris is a member of the Hack Back CIC social enterprise, which seeks to make a difference in the lives of young people by introducing them to birds of prey. The group works in partnership with Cheshire Falconry and other psychologists, like Morris, to help these children reach their full potential.

“When I am working with young people with autism they want to work with the birds so there is a motivation to change behavior,” she told Deadline. “A boy who I worked with who was eight with autism and ADHD found it very difficult to stay still and to focus. He wanted Murray my burrowing owl to fly to him and to wanted Murray to stay with him.” 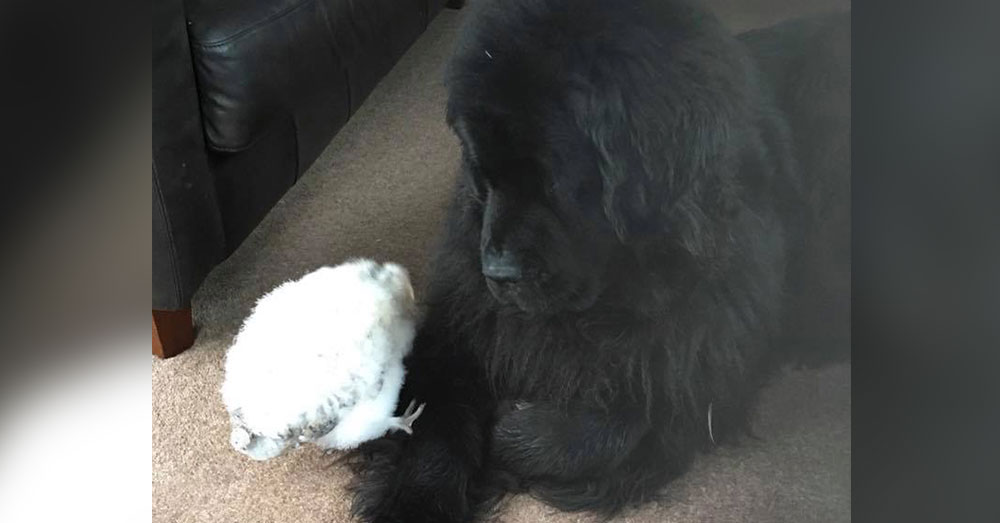 Murray would fly over to the boy, but leave when he became agitated. Eventually, the boy learned he could only attract the owl by sitting still and quiet.

“Over a period of six weeks the boy learned to calm himself and eventually Murray flew to him and sat with him for five minutes,” Morris said. “We then spent time helping the boy to apply this to other areas of his life.”

Watch more of Jess and Koko in the video below.