A black rescue cat named Esme has been stealing from her neighbors in Oregon for years.

It all began in 2019 when she first started to roam outside. Esme would stand by the door and meow loudly
letting her mom, Kate Felmet, know she had brought a gift – which was usually a dead bird or trash.

“My mom is an avid bird-watcher and was quite distressed, so I began to praise Esme for anything she brought me that wasn’t a bird,” Felmet told The Insider. 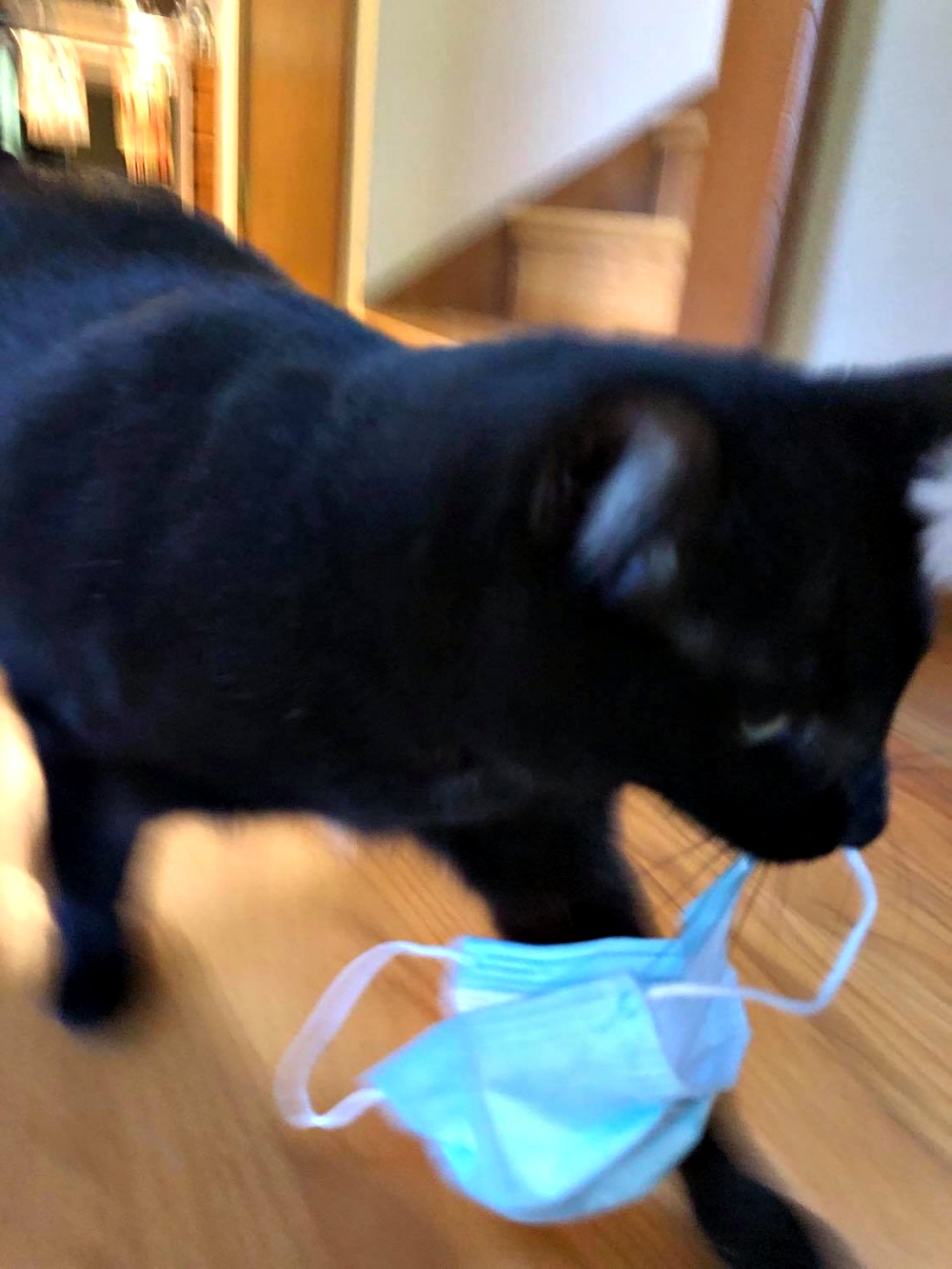 And so a kleptomaniac was born.

Esme would collect anything she could fit in her mouth and bring them back home as a gift. Felmet tried to return the stolen items and apologize, but the stealth feline kept bringing more and more.

Things only got worse during the coronavirus lockdown. 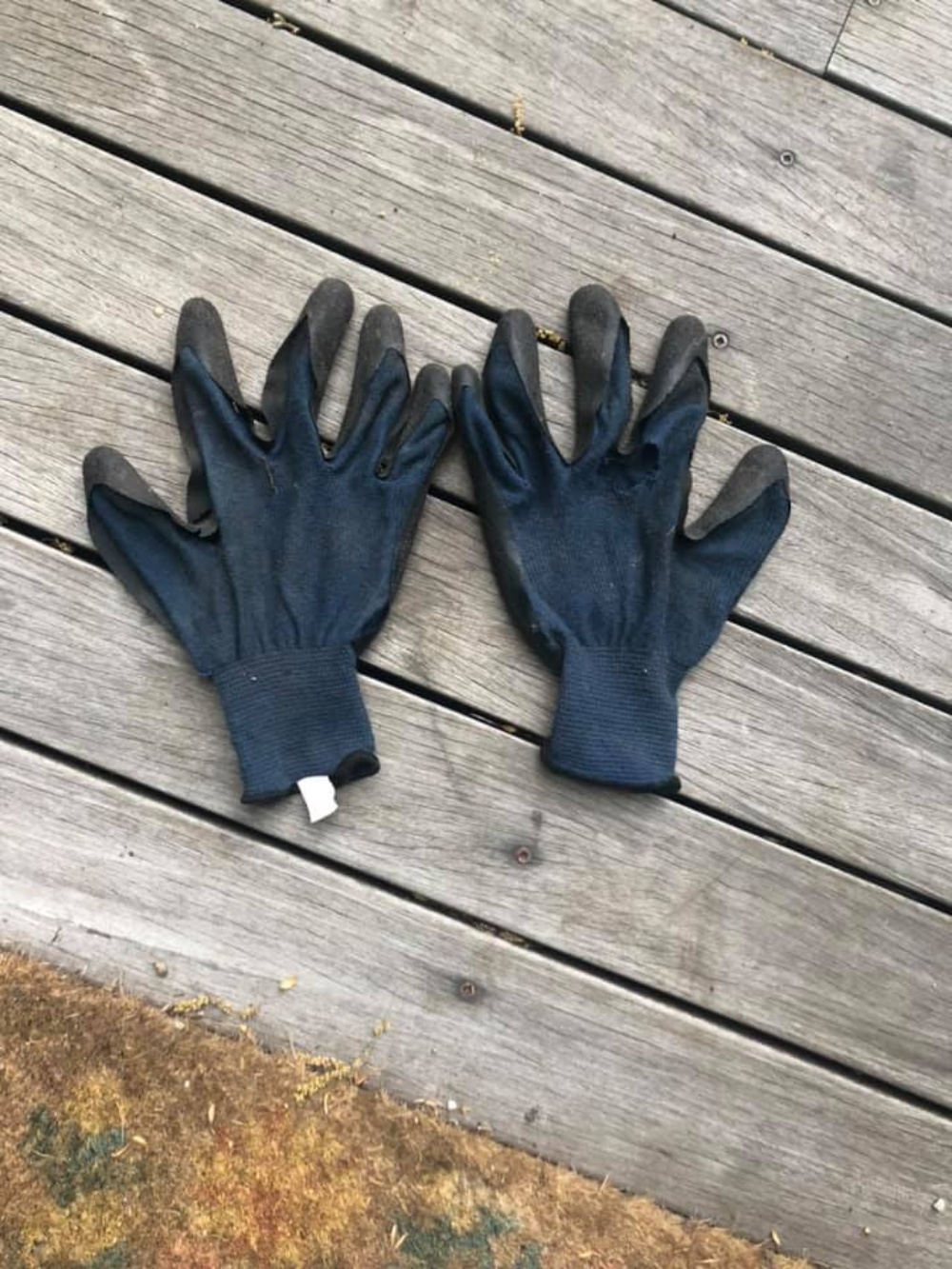 Felmet said Esme brought home 11 face masks in one day. This past April, she decided to steal dozens of pairs of garden gloves.

But nothing is off-limits to the thief. The sneaky kitty has stolen everything from balls of string to bathing suites.

It was time for an intervention. 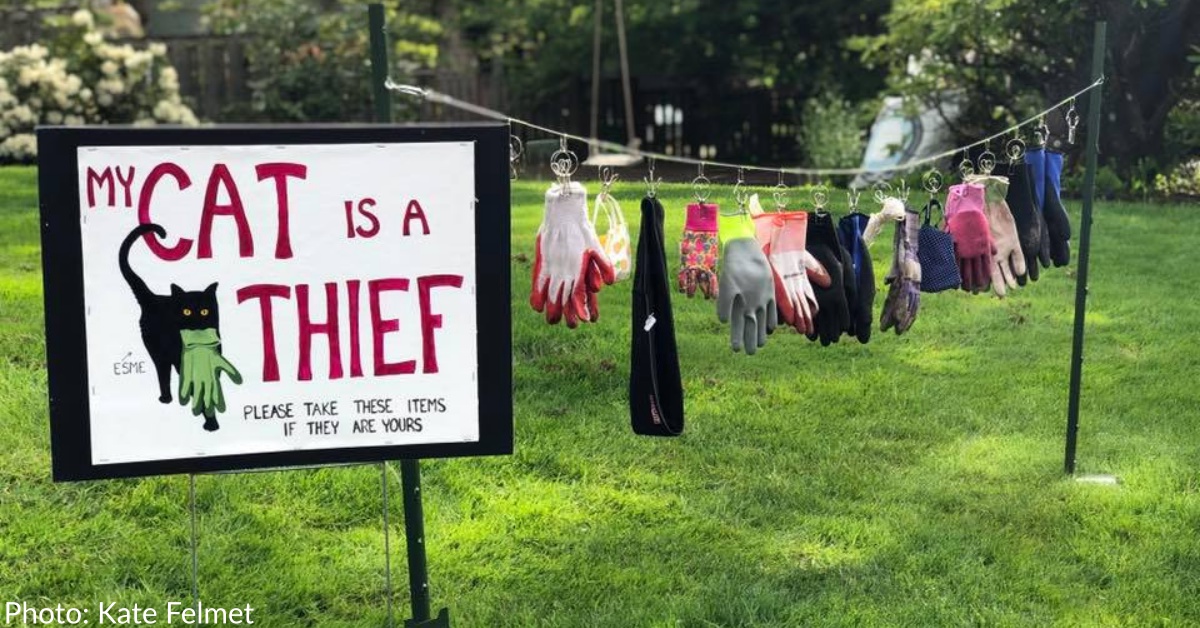 Felmet called out her klepto cat in a sign with a drawing of a black cat carrying a green glove. It reads, “My Cat Is A Thief. Please take these items if they are yours.”

She put the sign in her front yard beside a clothesline filled with Esme’s trophies. The hope was that the stolen items would be reunited with their owners.

The sign seems to be working (maybe a little too well).

Felmet told us, “I think my sign has encouraged people to put their gloves away, because she’s only been bringing the masks…” 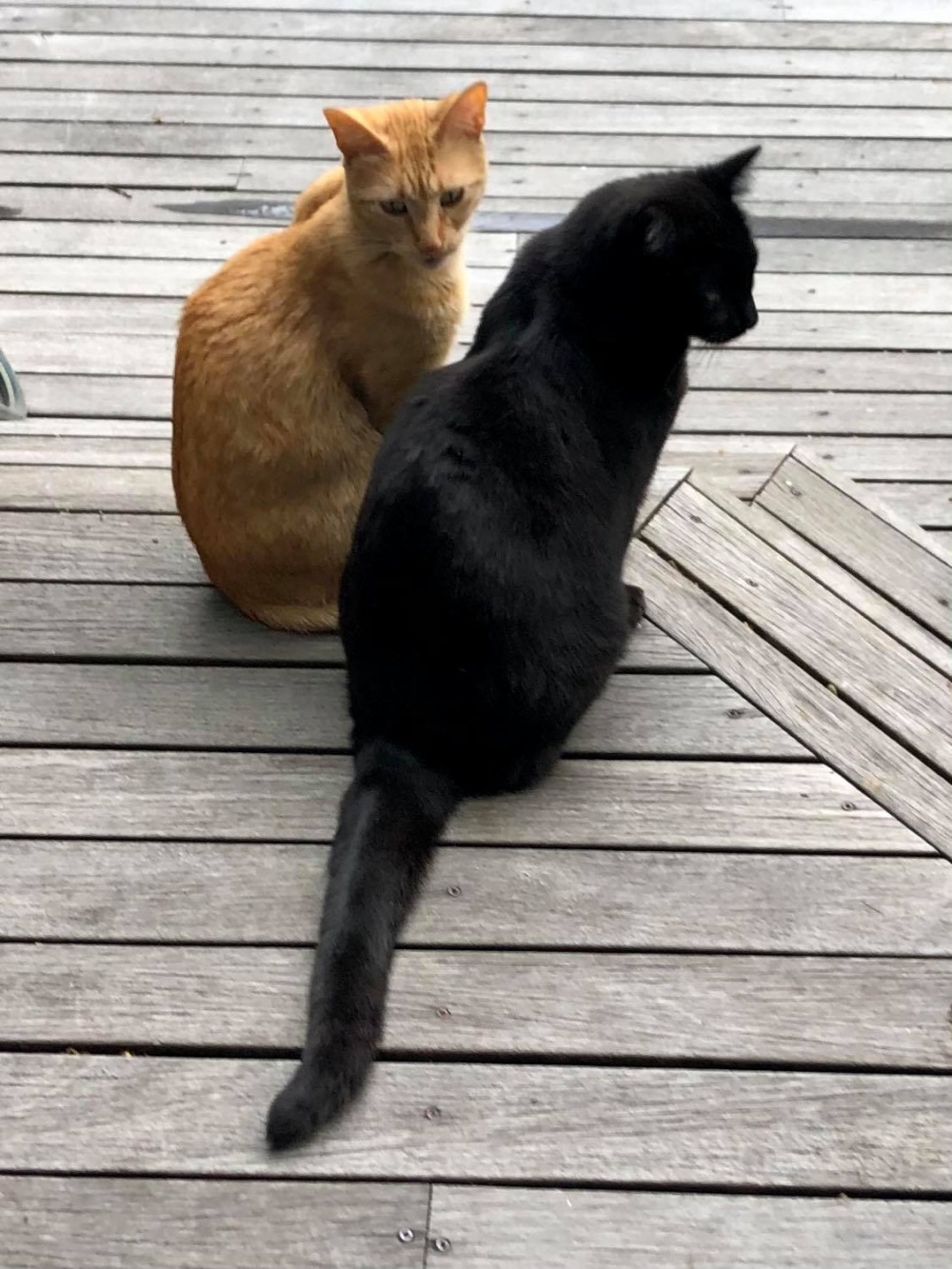 But there’s nothing we won’t do for our cats.

The devoted cat mom has gone out of her way to make sure there are always gloves for Esme to “steal”.

She filled us in on a little secret. “I’ve been hiding gloves in a vacant lot next-door for a couple days. It makes her so happy to bring them back!” 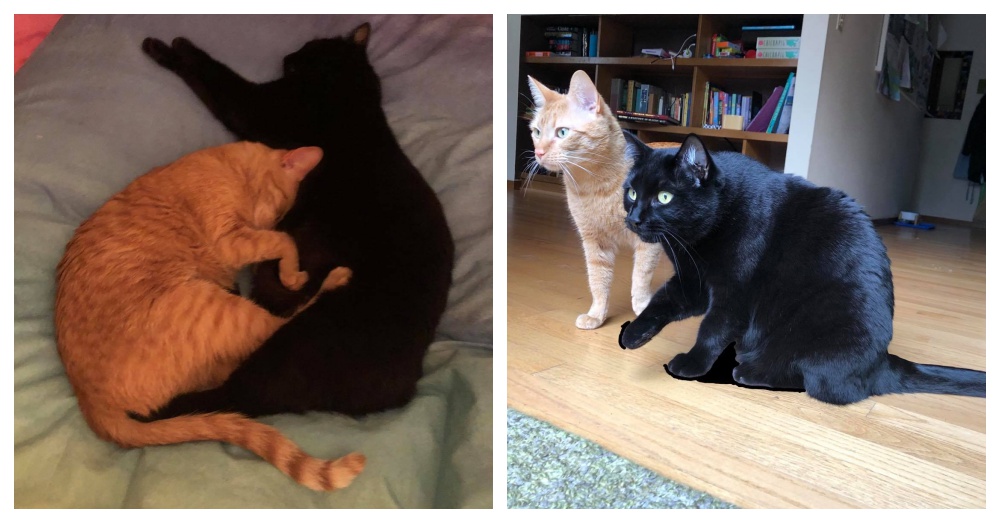 Both Esme and her feline brother, Cheeto, were adopted from a cat rescue in Tigard, Oregon, and are beloved members of the family.

Life is never boring when you own a cat.