Six-month-old kittens Louie and Luna live with their humans in Ocala, Florida. They were adopted by James and his girlfriend Lauren when they were just 10 weeks old, and they’ve been inseparable ever since! 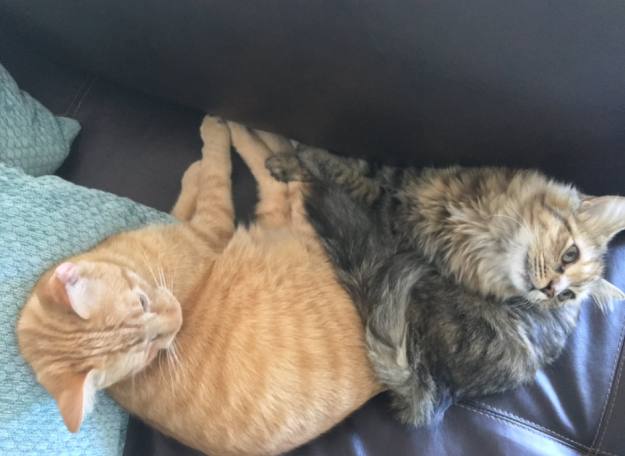 They do everything together, from sleeping and eating, to tearing apart the Christmas tree.

Since James has had the kittens, he’s posted pictures of the two of them together on his Twitter, and has melted all of our hearts in the process. 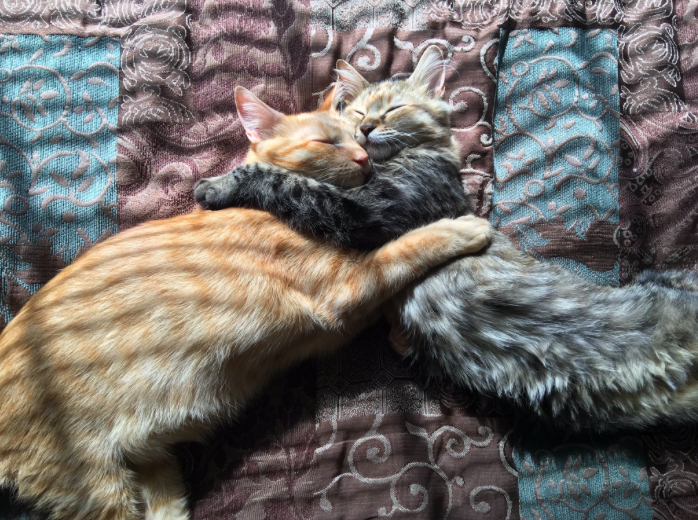 Back in September, he tweeted pictures of Louie and Luna cuddling with each other. They’re facing each other with their arms around one another in the sweetest little hug. They fell asleep in that position and it’s such an adorable sight! 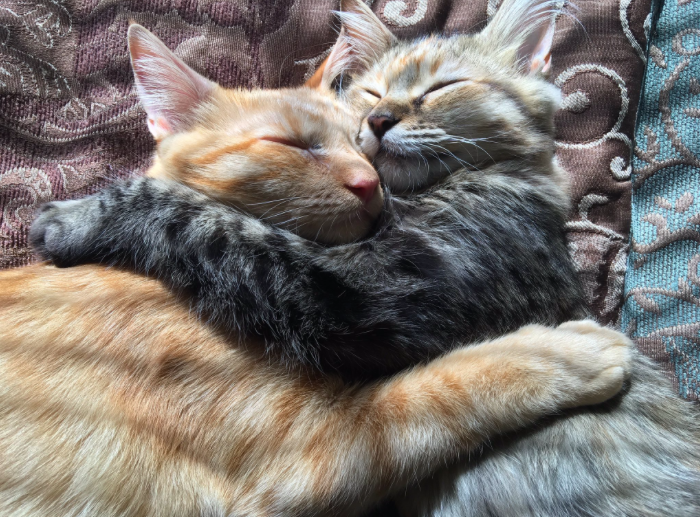 More recently, James tweeted pictures of his cats near the Christmas tree. In the first picture they are both sitting together on the windowsill, staring at the tree. In the second photo, they are on the same windowsill, while one appears to be giving the other one a kiss. James captioned the photos, “Love is in the air.” 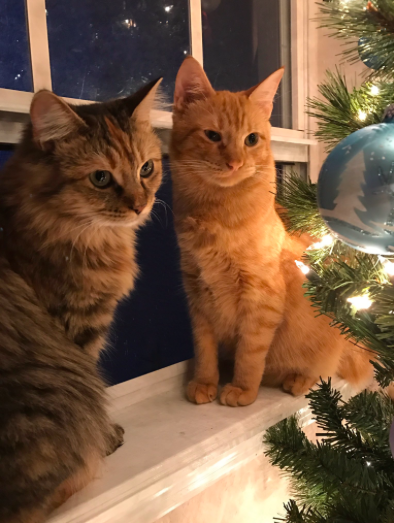 How perfect would these pictures be for a Christmas card? I’m not the only one who thought they were adorable. The post quickly went viral, and people were tweeting back with their thoughts. 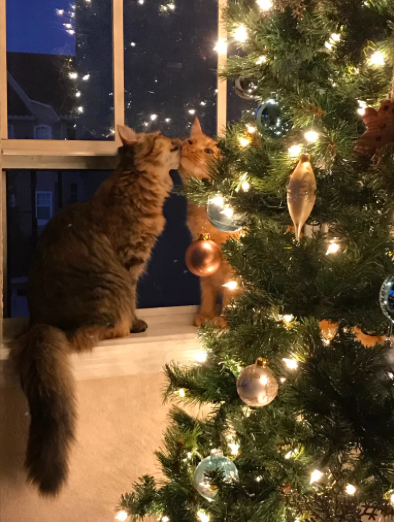 “Look at those two love birds. So sweet,” one tweet read. “They’re so perfect. You are lucky,” read another.

James is thrilled about his cats new found fame.

“I’ve seen a lot of people saying things like, ‘This has made my day’ or ‘I’m crying at how beautiful this is,’ or something along those lines,” he told BuzzFeed. “I like seeing people happy, and I’m glad they can confide in cat photos for that.” 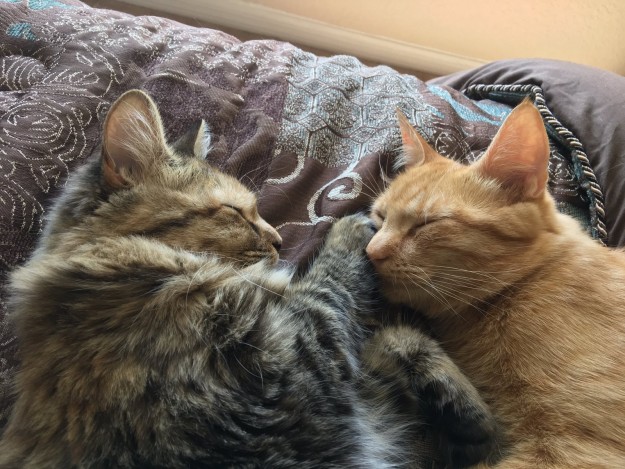 Hopefully Louie and Luna will have many more loving years ahead of them. And hopefully we will get to see some more adorable photos of the duo in the near future!