Tiny Kittens Were Living In Garbage; Never Knew What Love Or Comfort Felt Like

Hope For Paws received a call about tiny kittens who needed immediate help. The kittens were found between two cement walls, living in trash. The conditions were hazardous to these little babies and they needed to be rescued as soon as possible.

The Good Samaritan who found the kittens had already captured their mother days prior. She was spayed, vaccinated and released because she was feral (A process called TNR – trap, neuter, release). The woman who found them kept feeding the mom in the area, and one day she saw the kittens between the walls. Thankfully, she knew just who to call! 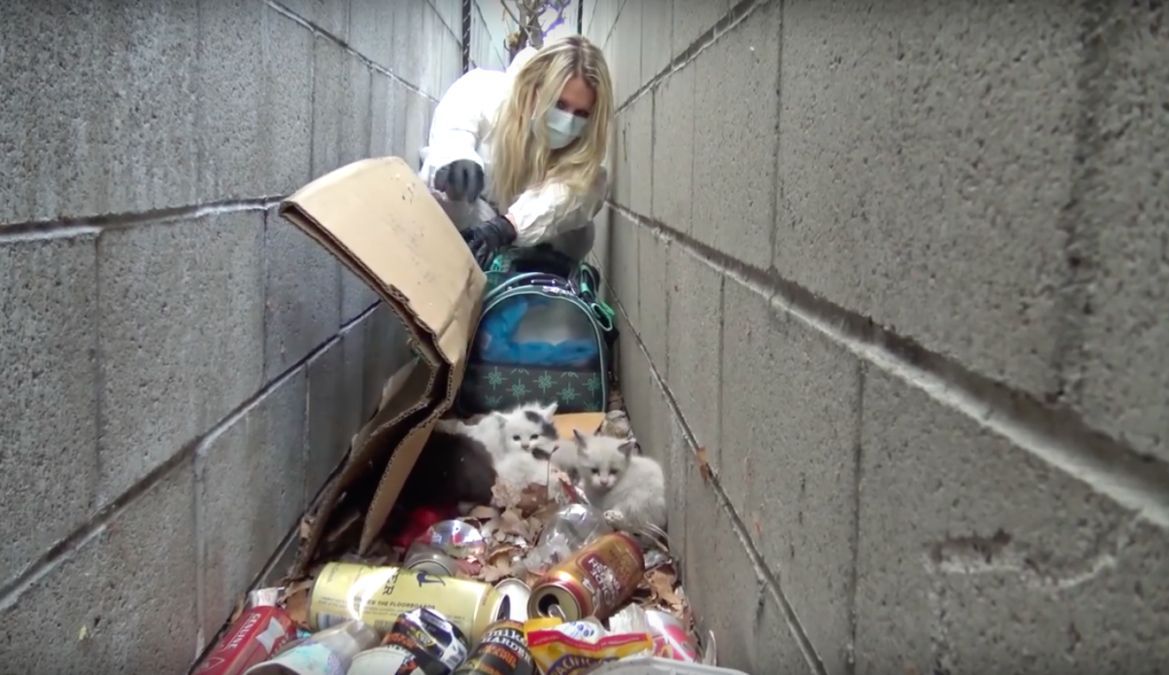 Hope For Paws rescuers needed to think of an idea that would get these kittens out of there as safely as they could. First, one of the rescuers, Loreta Frankonyte, lowered plastic fencing in between the cement walls to block the kittens from running away from them. 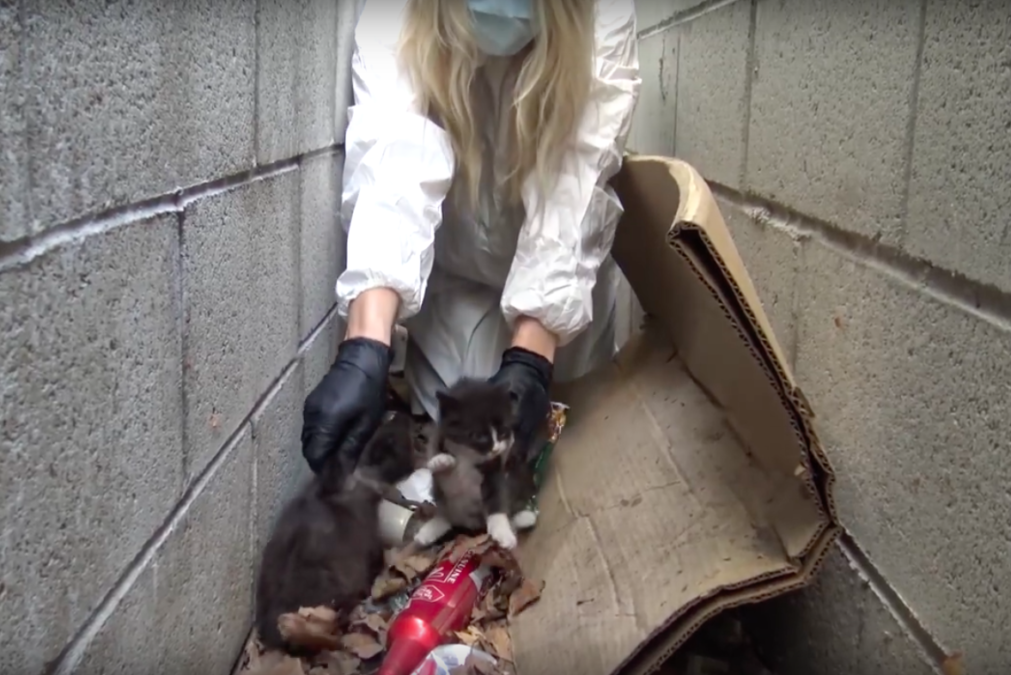 Then she used a rope to climb down to get the kittens. Loreta wore a mask because not only were the conditions hazardous for the kittens, but they were hazardous for rescuers as well. Loreta lifted up a big piece of cardboard and revealed the poor little kittens. The kittens tried to make a run for it, but luckily another rescuer was on the other side to shield them from getting away. 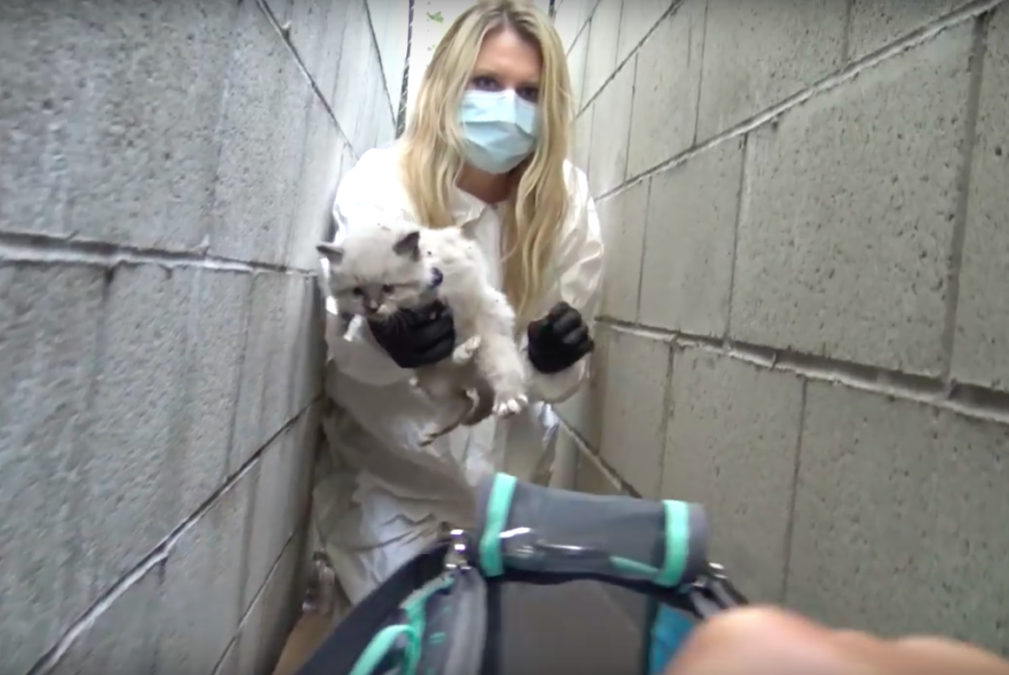 Together, they collected the kittens in less than two minutes and placed them in their carrier. They lifted them up to safety and brought them back to their clinic. The kittens were examined and are all doing well. They were all fed and kept warm. 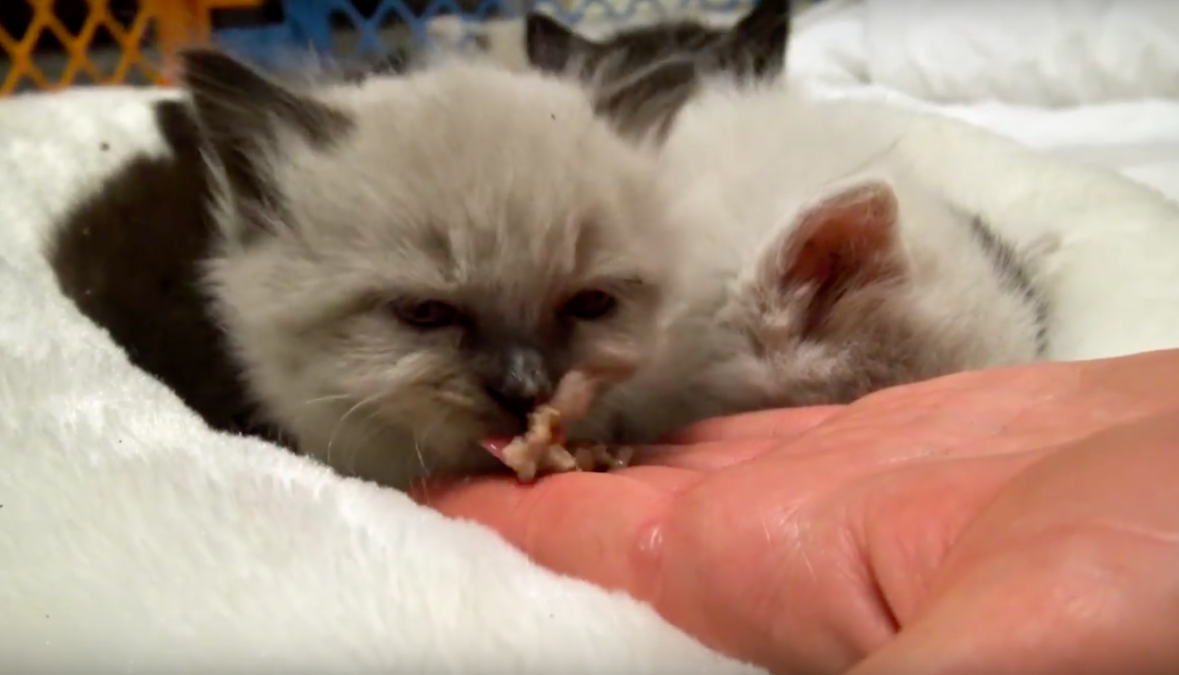 Thanks to the Good Samaritan who found them and Hope For Paws rescuers, these kittens are getting a second chance at life! If they were down in the garbage any longer without food or water, they most likely wouldn’t have survived. 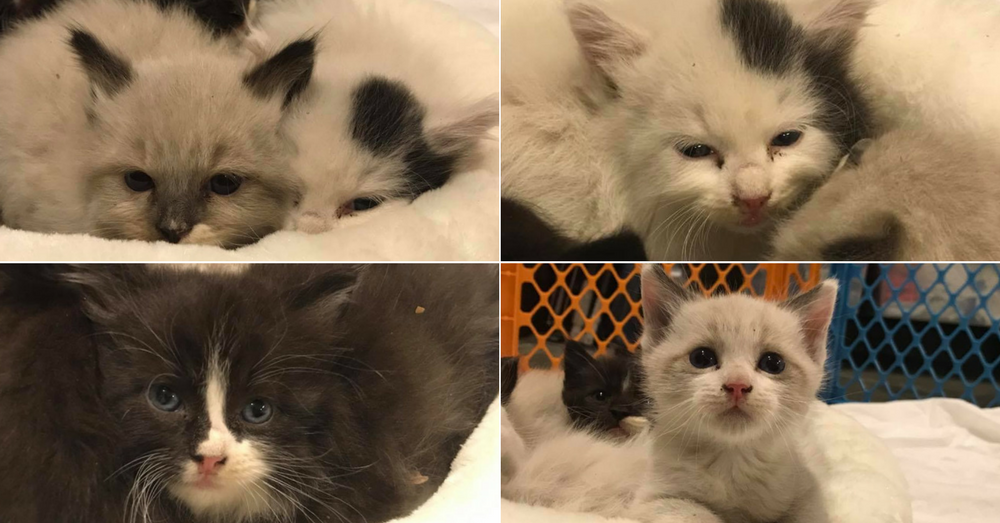 They named the kittens Willow, Daffodil, Juniper, Pepper and Onyx. Once they are old enough, they will be available for adoption by C.A.T.S Inc at www.CatsAtTheStudios.com.