A veterinary nurse was on her way to work when she discovered something horrifying that she never expected to see: an abandoned suitcase filled with kittens on a street in Essex, England. All 15 kittens – aged three to five weeks – were squeezed into the case with only a few air holes to breathe.

It’s unknown who left the kittens there or why, but it’s suspected that it may have been a cat breeder who couldn’t find homes for them. It’s believed that the kittens came from as many as four different litters. 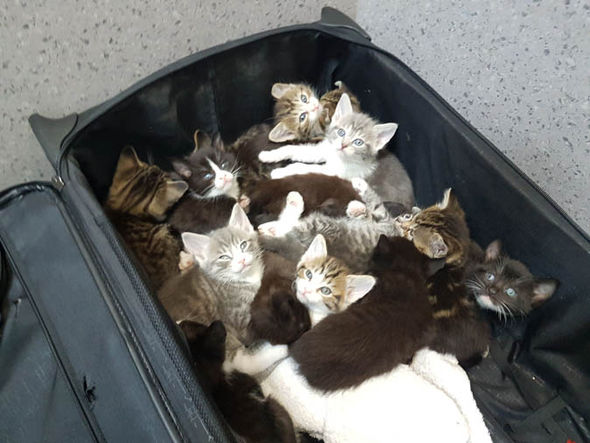 The kittens were taken to Vets4Pets to be examined and are now being taken care of by volunteers at Cats Protection, while they try to find them forever homes. Thankfully, all of the kittens are in fair health, aside from six of them having eye infections. 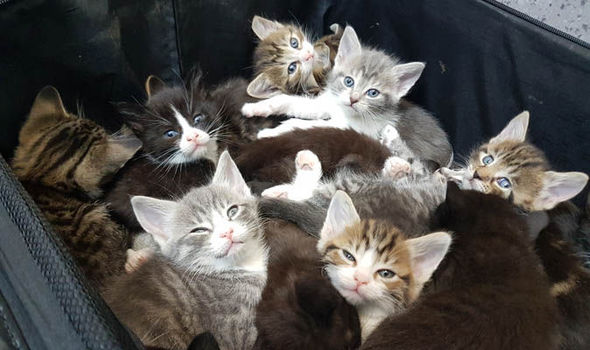 Despite their fairly good health, the kittens were definitely weaned from their mothers much too early and now need to be hand-reared in order for them to get the vital nutrients that they’re missing from their moms. 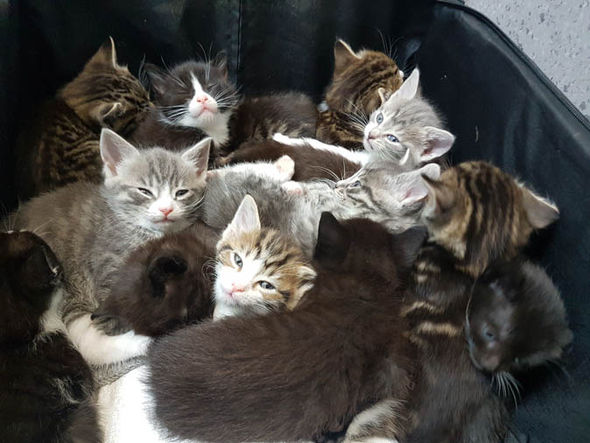 “Sadly, it is often the case that people find they have more kittens than they can cope with because they haven’t had their cats neutered,” Alison Gambles, welfare and homing officer for Cats Protection, told express.co.uk.

“We’d really like to appeal to whoever left these kittens to get in touch and so we can discuss ways to stop this happening again. There really is no need for things to spiral out of control like this.”