Hope For Paws, an animal rescue organization, was informed about sick kittens who were living in a stairwell.

The kittens were just born recently, sadly in this dirty confined area. Hope for Paws rescuers rushed to the scene to try and find them so they could get them the help they need. 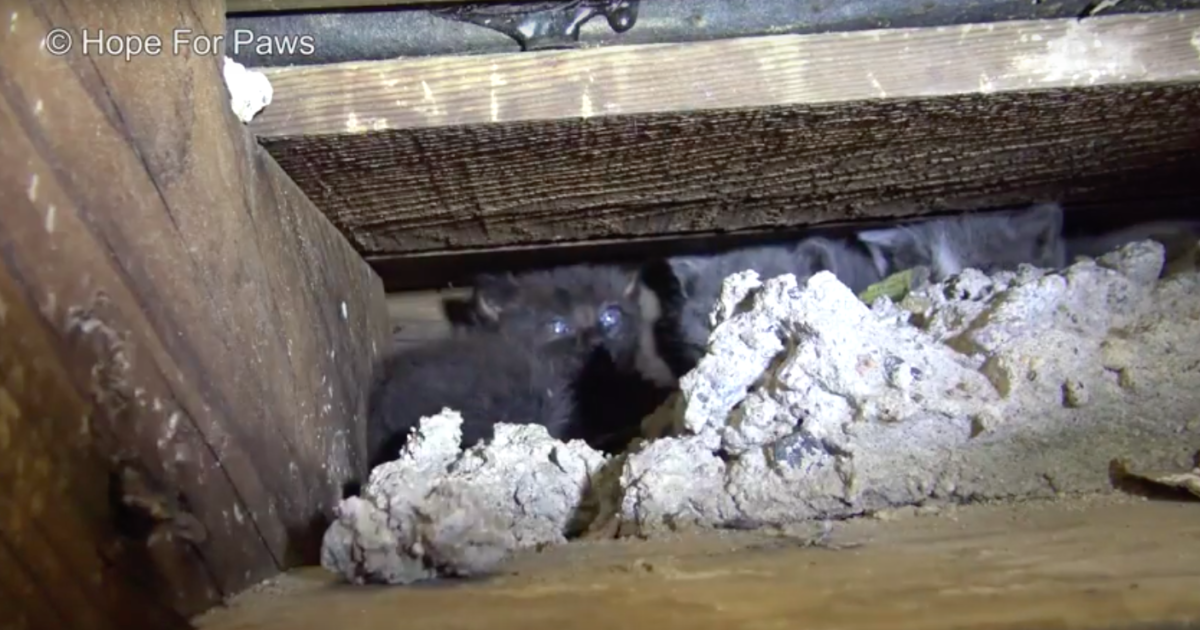 Once they got there, they saw the beautiful little kittens hiding under the stairs. One of the rescuers crawled in the stairwell but had to figure out how to get them all to safety.

He pushed away some concrete rocks and was able to pull the kittens out one by one as they meowed. There were four of them, and the first three weren’t too hard to get out, but the fourth kitten was in the corner behind more rock. 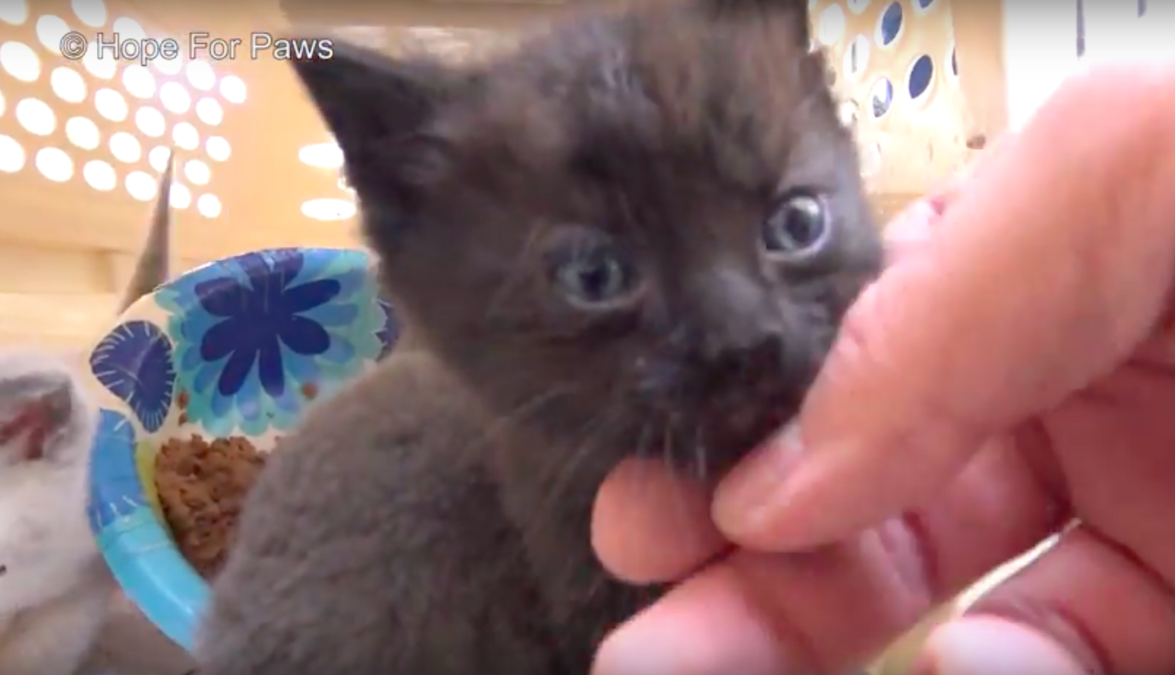 All four of the kittens suffered from a bad eye infection, but the last kitten had it so bad that he couldn’t even see. Finally, he was able to successfully pull him out from under the stairs. 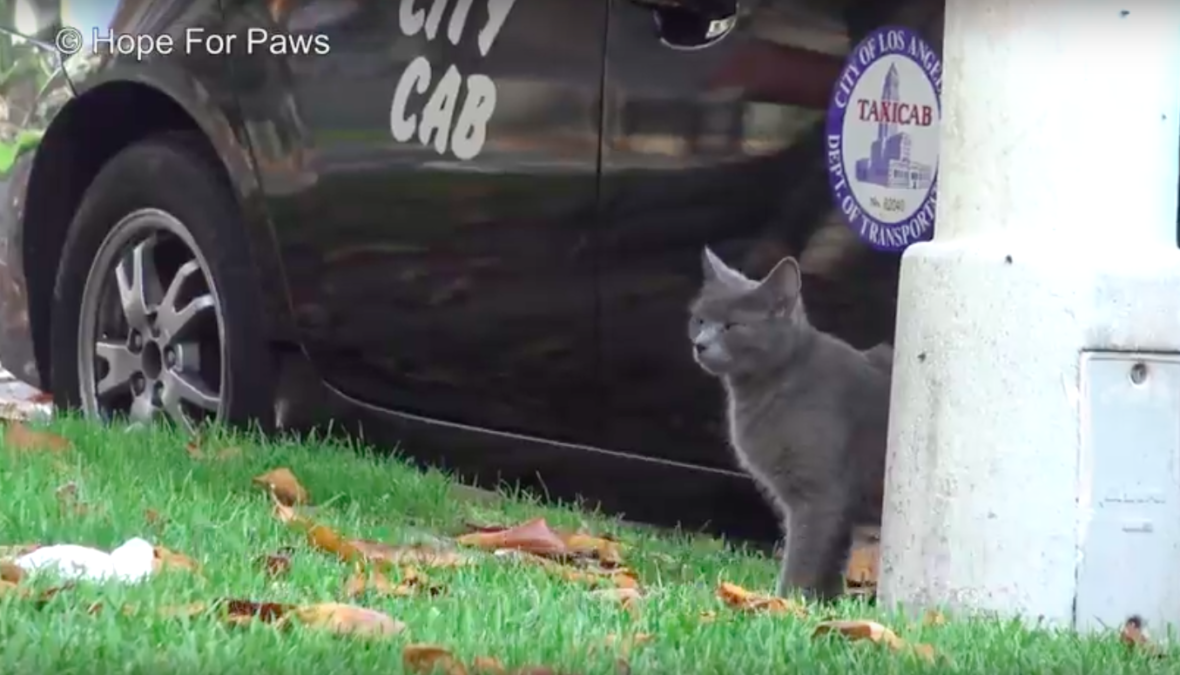 They put all of the kittens in a carrier and gave them a plate of food. Then they discovered the mother cat, who was watching from a distance the entire time. They knew they couldn’t leave the mother out there without her babies, so they set up a trap nearby to try and catch her. Within minutes, they got ahold of the mama cat. 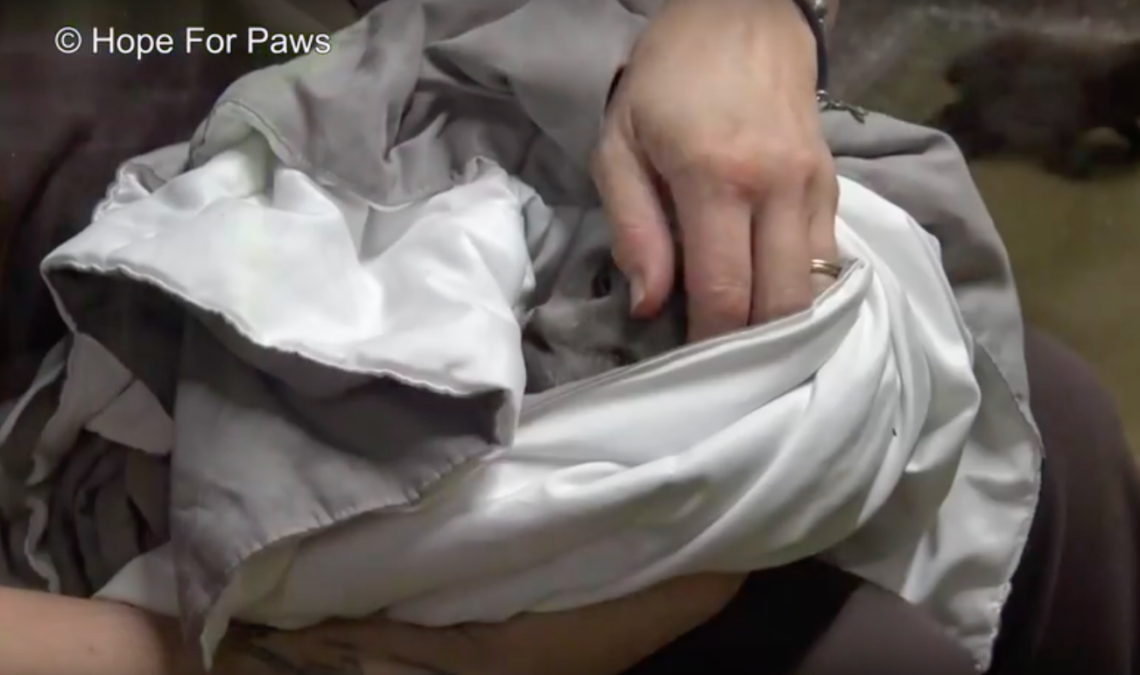 They brought the mother cat to the hospital to be spayed, and the kittens to start treatment for their eye infections. They named these four cuties Cabbage, Kale, Arugula and Broccolini. They named the mom Parsley, and wrapped her in a blanket and snuggled her to help her relax. 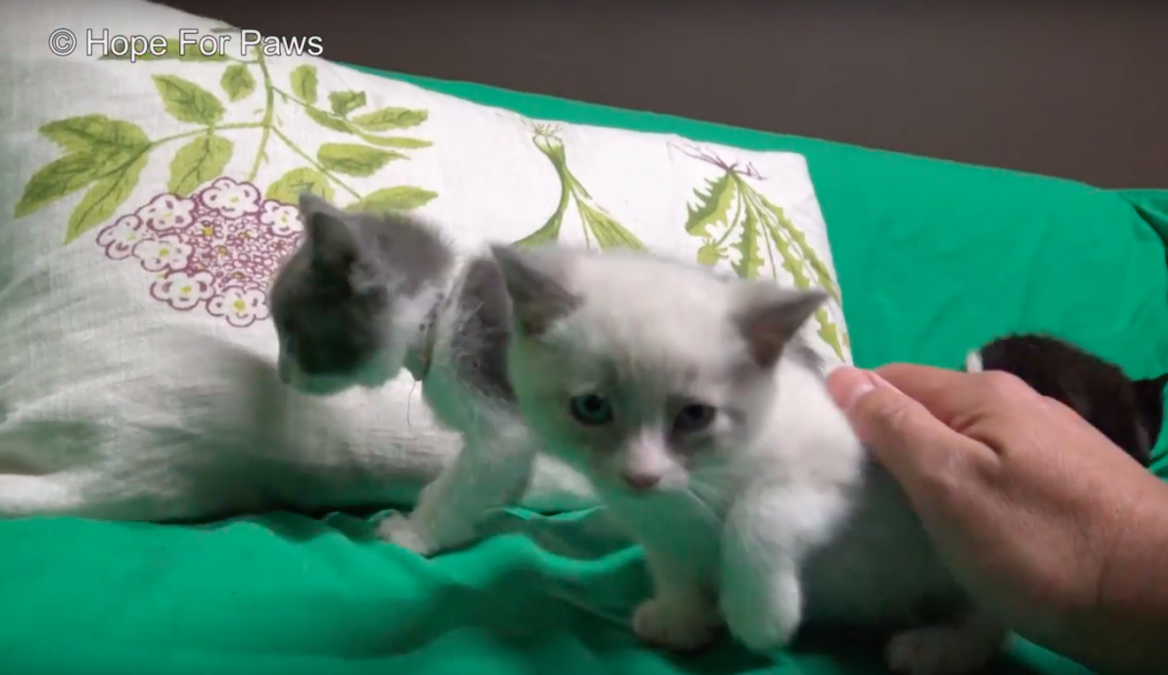