Kendall Diwisch, a Canadian oil worker, rescued three frozen kittens by using the only thing he had on hand: a cup of coffee.

While Kendall was out inspecting some wells in Alberta, Canada near Tomahawk, he encountered three kittens who were crying – and on closer inspection found their tails were frozen to the ground. 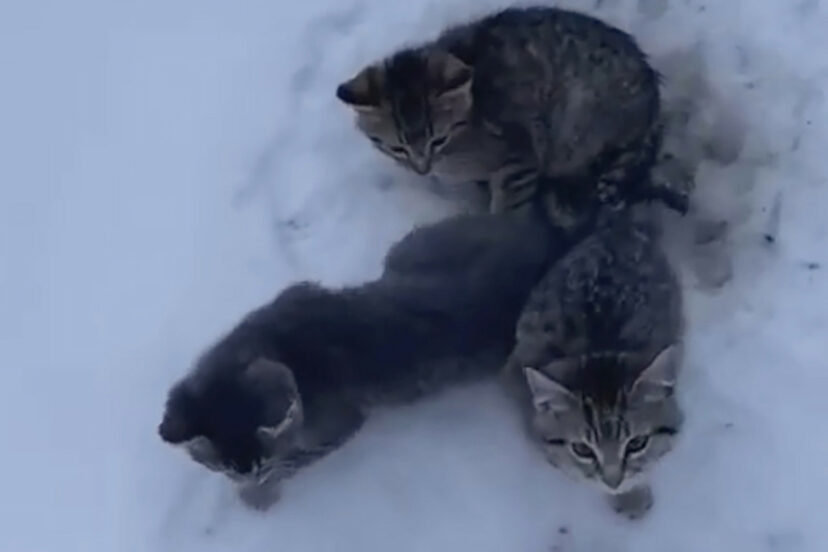 Kendall posted his rescue of the kittens to Facebook, writing, “So today I found these three fellows on one of the back roads near one of my wells. Most likely dropped off. Poor things were frozen into the ice so they had to have been there all night.”

It was clear that the kittens were in distress over their frozen tails, but thanks to Kendall they were freed. Thinking quickly, he ran back to his truck where he grabbed his coffee flask. It was then that he poured some of the coffee onto the frozen ground, melting the ice just enough to free them.

You can watch the rescue below:

Kendall added on Facebook, “[I] took [the kittens] home fed and watered them they look to be healthy and friendly. If any friends are looking to have a new addition in their family, let us know as they will need homes. All three look to be males, and we also gave them dewormer.” 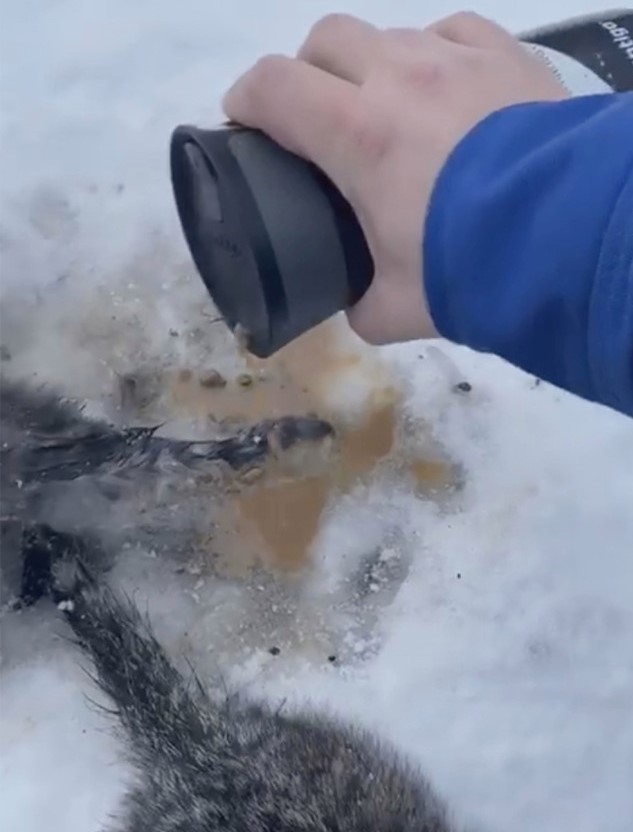 A few days after the rescue, Kendall posted an update for his followers, “All three little rascals went to their new home today where they get to be together instead of separating them. All three are eating and drinking and very energetic. Thanks for everyone’s consideration and offering to take them very appreciated.” 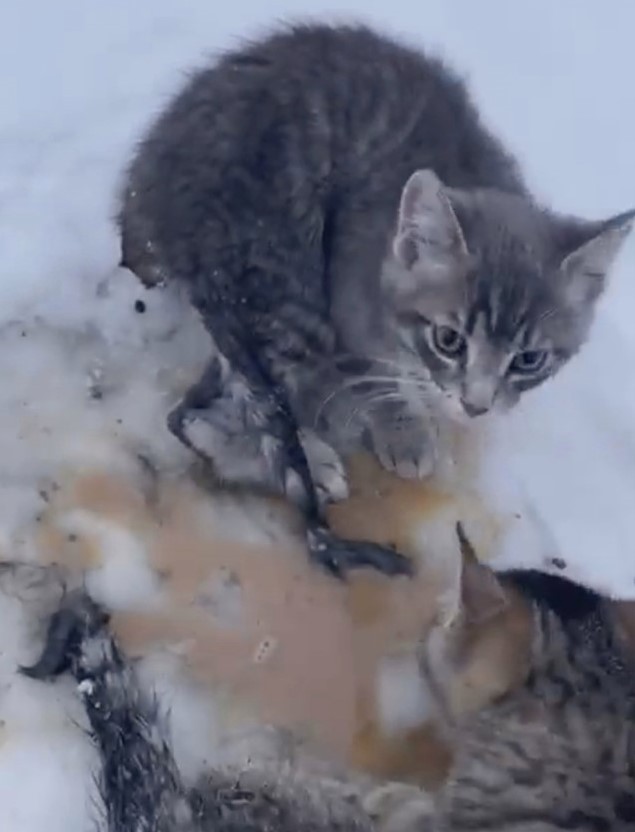 So glad these little fluffs ended up getting their forever home together.